Day 28 of WDW-40, the latest of my Disney Trip Reports, is here! Today is the final full day of our 2016 trip to Orlando, and we get to spend it at Magic Kingdom, celebrating the 45th Anniversary of Walt Disney World! 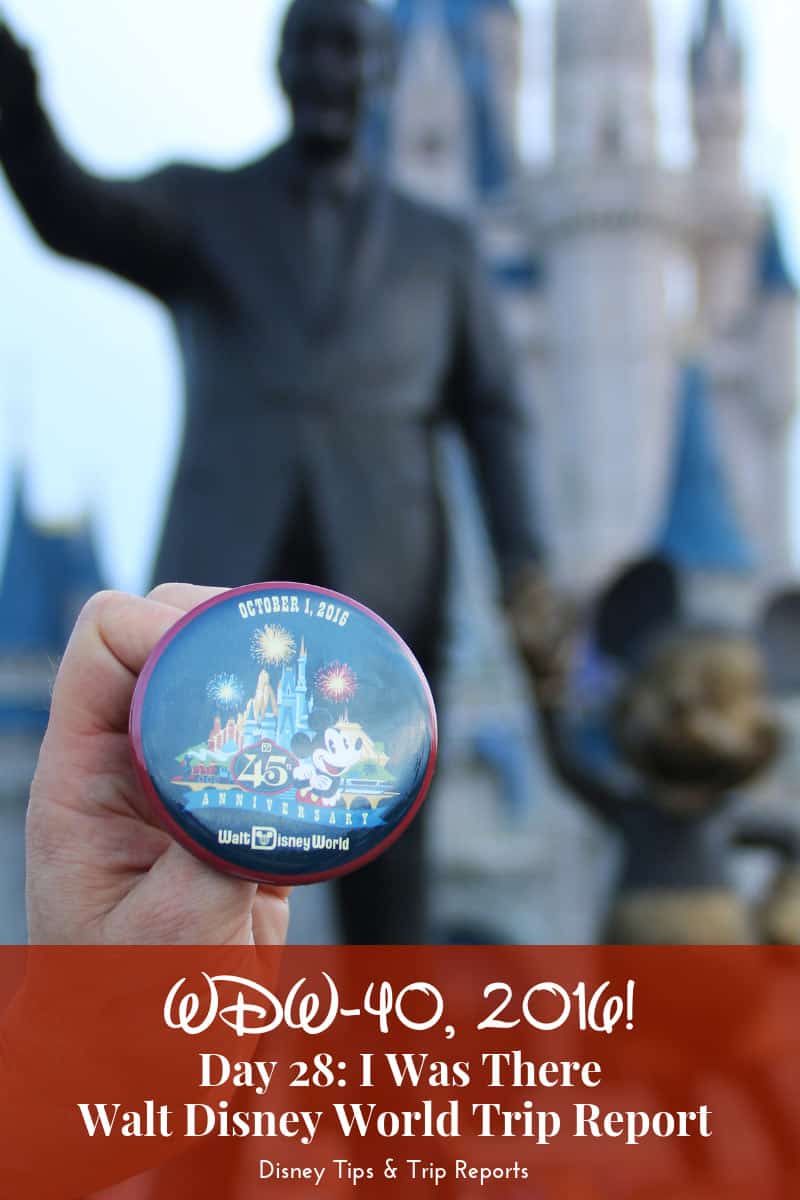 Magic Kingdom / Lunch at Tony’s Town Square / Check In – Saratoga Springs Resort & Spa
October 1st, 2016
My trip reports are generally photo heavy, images in tiled galleries can be clicked on to enlarge. All the photos from this day can be found here | Florida 2016 photo collection on Flickr here.
WDW-40, 2016: Trip Report Index | Pre-Trip Planning Report | About Us
Some days are split into several parts; please use the page numbers at the bottom of the post to continue reading. 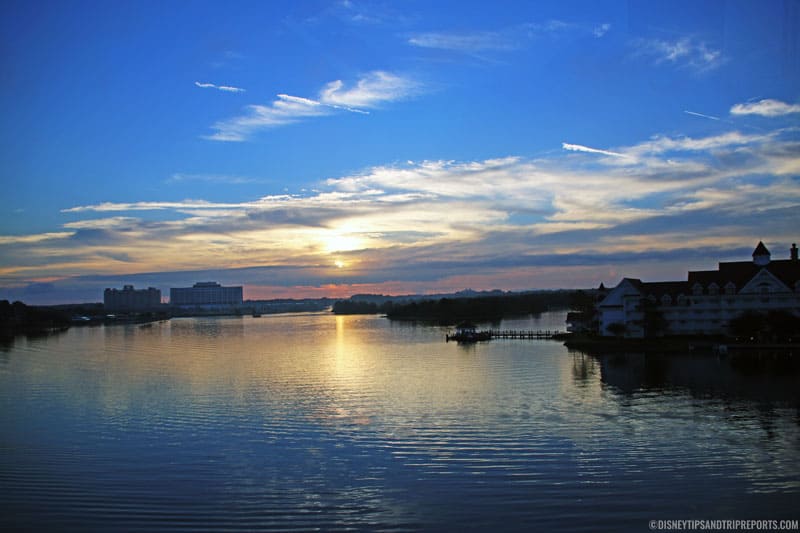 We were up the brightest and earliest we could possibly be this morning so that we could check out of Animal Kingdom Lodge: Kidani Village, leave our luggage with Bell Services to transfer all of our cases to our next Disney Resort – Saratoga Springs Resort & Spa, and get over to Magic Kingdom for the 45th Anniversary rope drop!

We parked and took the Monorail round to the park entrance and had a beautiful sunrise to welcome in this landmark day in Walt Disney World history! By around 7:30am we were through through the turnstiles and security and waiting in front of the Magic Kingdom Railroad Station.

Everyone was handed an special anniversary park map and a badge as they entered the park which made great free collector’s items. The park map opened up into a poster of the logo that you can see in the banner in the above photo. I had heard that they had badges at Contemporary, Fort Wilderness, and Polynesian, as they were celebrating 45 years too – but we sadly weren’t able to nab those. Would have loved to have got a badge from Poly as it is our DVC Home Resort!

Eventually the rope drop show began – it’s been a long time since we’ve actually been at Magic Kingdom early enough for rope drop! The last time was back in 2011… I think the opening is pretty much exactly the same (although it’s now on the Castle Stage I believe) with the train rolling into the station bringing Mickey, Minnie, and a host of other Disney Characters.

» Read ALL the days!