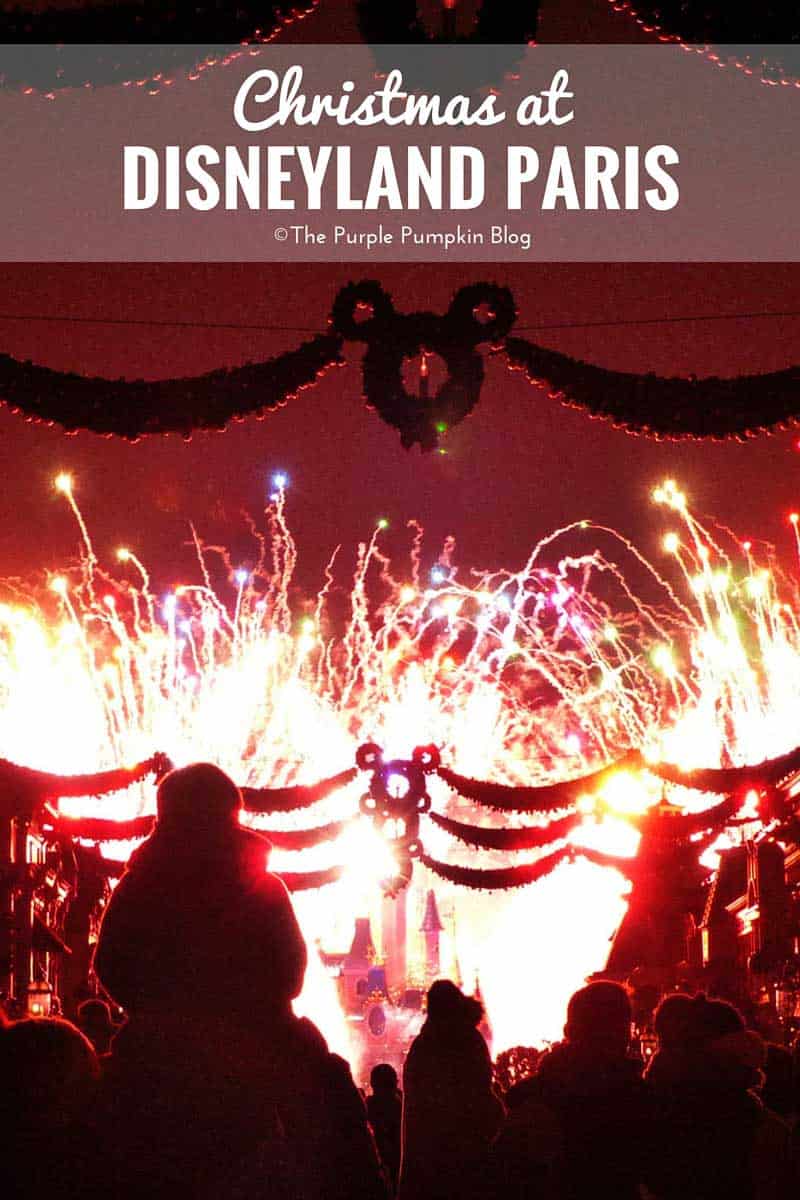 As early evening approached, we went back to the Disneyland Park to have some dinner (we got hot dogs at Casey’s Corner), and to watch the nighttime spectacular that is Disney Dreams! Of Christmas.

The park was a lot busier in the evening than it had been during the day, but still not as busy as I thought it was going to be, so that was a good thing!

The decorations really came to life once it was dark and the lights were switched on. Everything looked so festive and pretty. Sleeping Beauty Castle was particularly gorgeous with all of the twinkling lights on it. We missed the Christmas tree lights switch on, which was a shame, as would loved to have seen that… but always an excuse to go back another time!

I figure that most of this part of my trip report will be photos…so I hope you enjoy them! 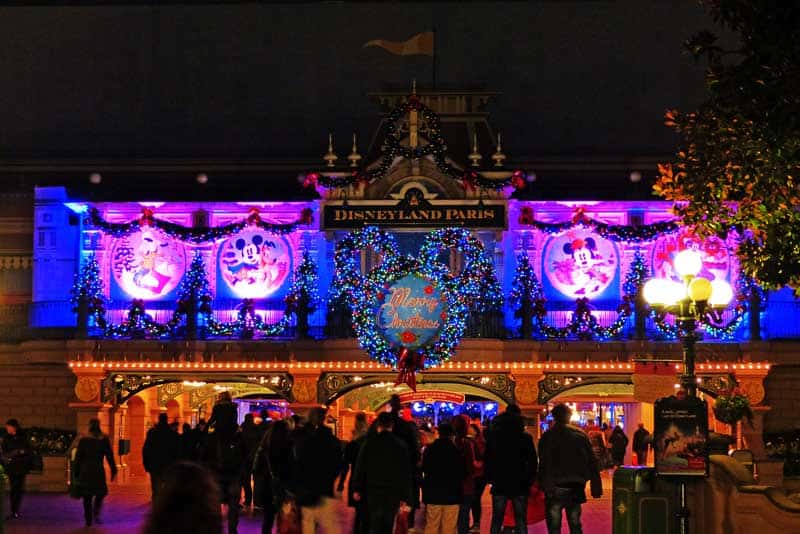 Disney Dreams! Of Christmas is the seasonal version of the nighttime spectacular Disney Dreams! at Disneyland Park, Paris. There are lasers, lights, water fountains, fireworks, and the most awesome projections onto Sleeping Beauty Castle – all accompanied by music. I can see why it is an award winning show! We were quite far back along Main Street USA, and I think it is worth staking out a spot a lot closer to the Castle to get the full benefit of the show, especially as it isn’t full on fireworks all of the time. The songs were a mixture of both French and English, and I will confess to singing along to Let It Go when that came on! One thing I found really weird was that the fireworks were so quiet. Such a strange thing, when I was expecting loud explosions, and they didn’t come!

The grand finale was fabulous, and just watching it back reminds me what a great end to Christmas Day it was. I’ll close out this part of my Christmas in Disneyland Paris Trip Report with the photos I took of Disney Dreams! Of Christmas, and the video that Steve took.

The next part will be coming soon, telling you about the other park at Disneyland Paris – Walt Disney Studios Park.