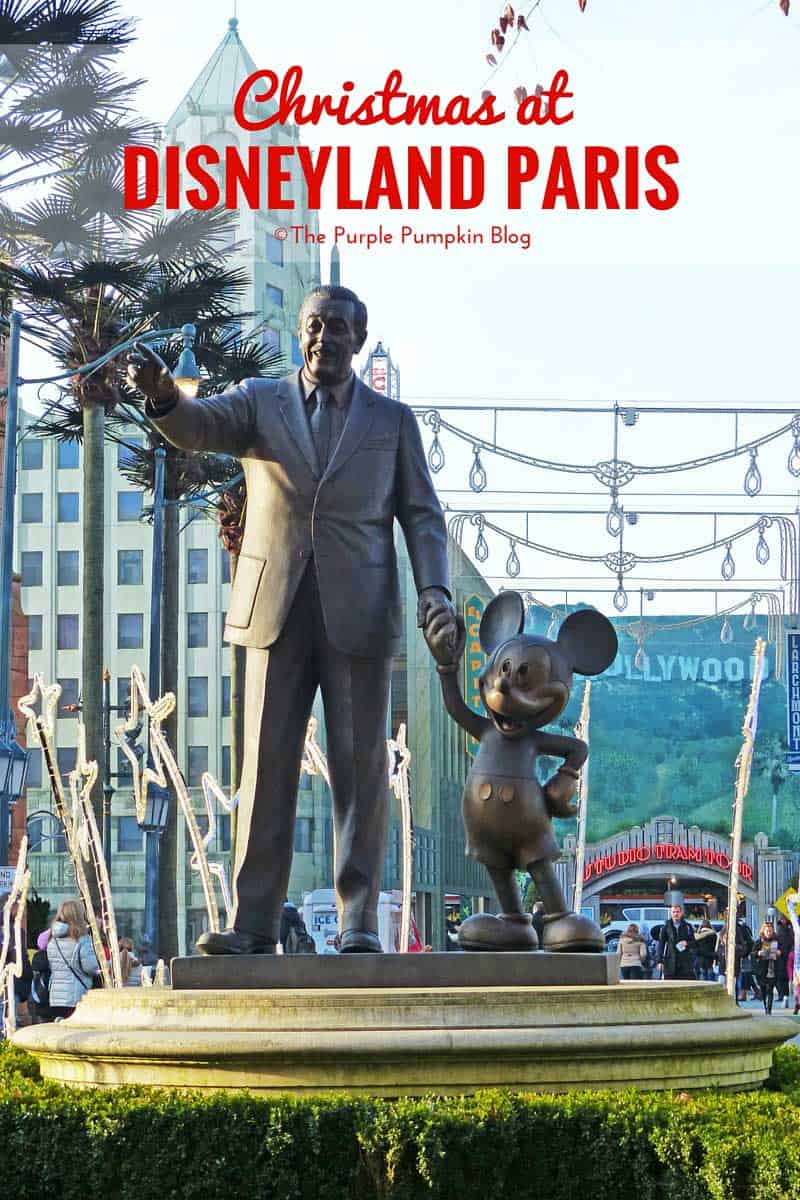 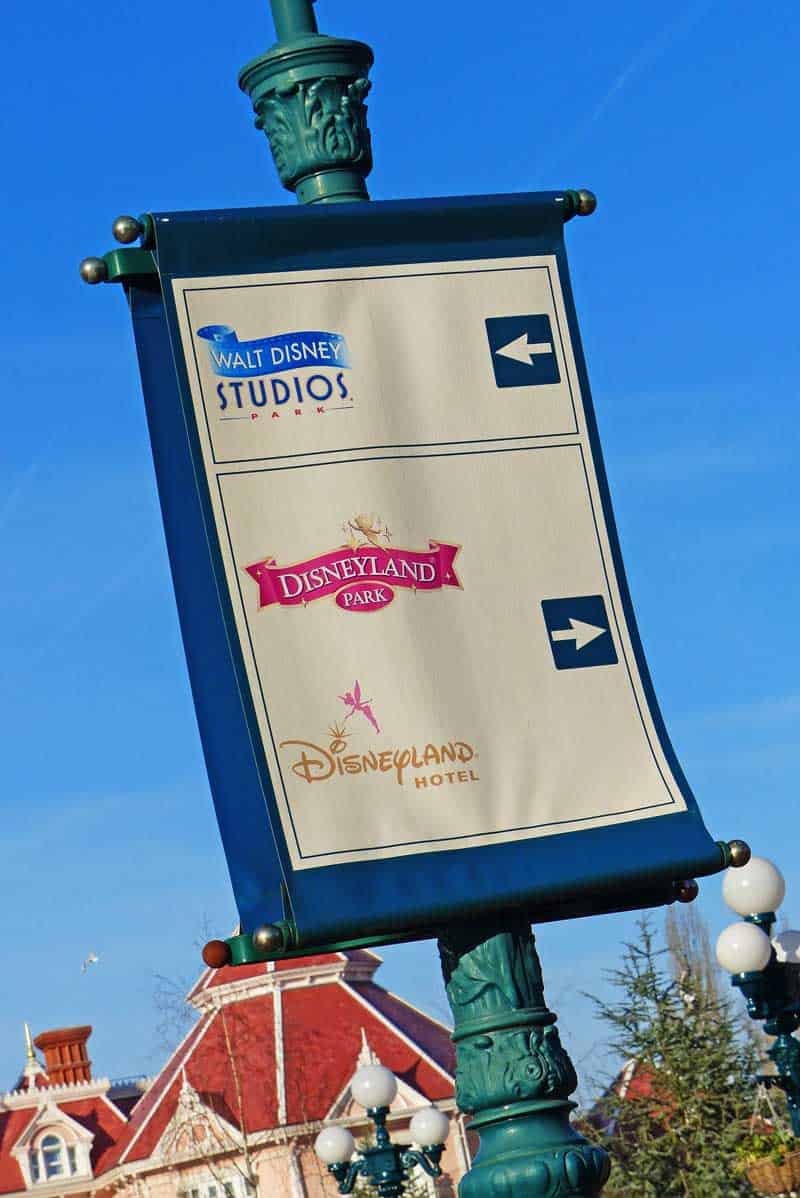 We met up again with my sister and her family, (read about who’s who here) and once through the gates, saw Mickey & Minnie in their winter finery, doing a meet and greet. The line was huge, so we didn’t bother to line up to meet them. This park wasn’t decorated much for Christmas – a few Christmas lights where hanging in the entrance courtyard, and a couple of Christmas trees too. There was a Sorcerer Mickey statue in this courtyard too.

You go through a huge building, called the Front Lot, which I can only describe it as an indoor street, with shops and restaurants along each side. Once you walk through that, you are out into the Production Courtyard. You are greeted by a statue of Walt Disney and Mickey Mouse, which I was very happy to see, as I kept saying how a statue of them was missing from the Disneyland Park! You can also see The Twilight Zone Tower of Terror to the left, and Sorcerer Mickey’s hat to the right. This part of the park is very spacious, which can’t really be said for the rest of it, which was quite compact and had a lot of bottlenecks.

We decided to go on the Studio Tram Tour: Behind The Magic. There was a bit of a line, but nothing too long. My sister Jo popped some ear defenders onto Sephy, as she’s not very good with loud noises, and this tour does have them. There is a warning sign that some of the tour might not be suitable for children, but Jo figured that Sephy would be fine. Jo had mentioned that her and Phil had been on the ride years ago when they visited Disneyland Paris, and that she remembers a bit with a big truck, explosions and fire. This sounded very much to me like the one on the Backlot Tour at Hollywood Studios in Orlando, which is now closed permanently. Hearing that made us quite excited as it’s an awesome piece of stunt work.

The Studio Tram Tour tacks you behind the scenes of the movies, with the tour narrated in both French, and English (Jeremy Irons does the English version). It’s quite a lengthy tour, so I feel like you get your “moneys worth” on this ride. Catastrophe Canyon was brilliant, I’ve included a video of that part of the tour below. I kept looking back to check that Sephy was okay, as I can imagine it being quite intense for little ones. She was fine, and loved it.

Further along, and towards the end of the tour was another movie set – Reign Of Fire – a derelict, post-apocalyptic London, with a fire breathing dragon. Now this, I was concerned that Sephy might be a bit scared. The screeching noises were very loud and piercing, but again, Jo said she was absolutely fine. If you’re not sure though, another video of this part of the tour is below, so you can judge for yourself and your children if visiting the Walt Disney Studios Park.

We didn’t actually do much at Walt Disney Studios, a lot of just wandering around and looking at everything. Plus, my sister started to feel unwell, and they were also heading home that day, so made a move to the station, while we went back to the Disneyland Park. I think I’m going to end this part of the trip report here, and the final part will cover Toy Story Playland, and some other photos of the park.

I’ll close out this part with the few photos I took in the Backlot area of the park, which is home to three attractions – Armageddon: Les Effets Spéciaux – a special effects show; Rock ‘n’ Roller Coaster starring Aerosmith; and Moteurs… Action! Stunt Show Spectacular, featuring Lightning McQueen. The latter two are also at Hollywood Studios in Orlando.