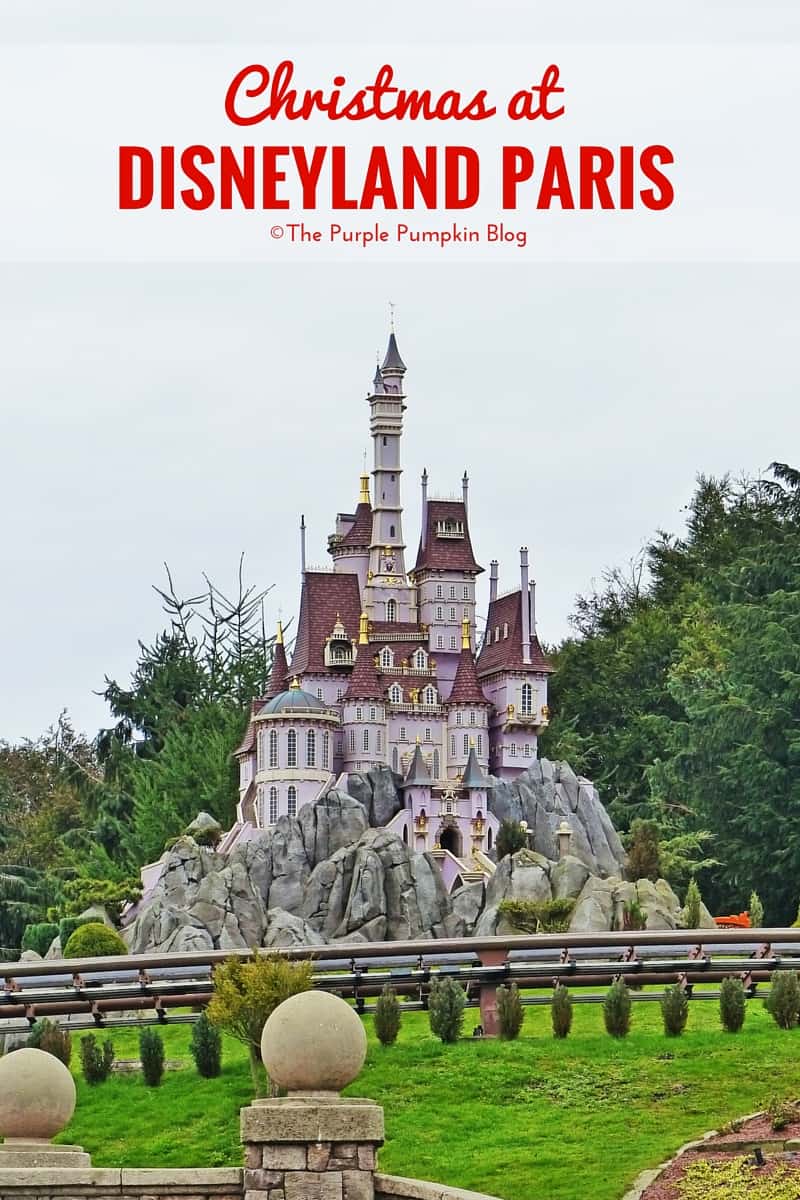 Much like Magic Kingdom at Walt Disney World, the Disneyland Park in Paris is set up in a very similar way, with the castle at the end of Main Street USA, and the entrances to all the different lands, leading off from the main hub. There are 5 lands – Adventureland, Discoveryland, Fantasyland, Frontierland, and Main Street USA.  We did manage to have a wander through all of the lands, and of course, I took some photographs along the way! I’m not going to go into too much detail about all of the rides etc., in each land, I will save that for another post about Disneyland Paris in the future. I’m just going to share a few key things, and my thoughts about each one. 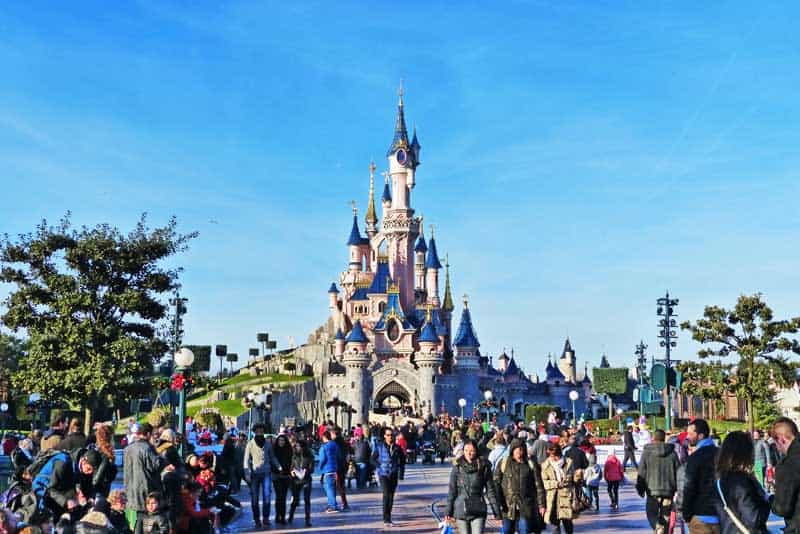 Main Street USA in the Disneyland Park felt so familiar, with Casey’s Corner at the bottom end, just like it is in Orlando, and an ice-cream parlour on the opposite corner. There are vehicles which drive up and down the street too, and of course, it ends with a beautiful castle. At intervals during the day, there was a snow machine blowing out the white stuff over the street – it felt very festive! Loved it! The garlands spanning the street were also very pretty – especially in the evening (will be doing evening pics in the next part of this trip report).

What is really cool, are the arcades behind the shops on each side of the street – they are great for getting out of the cold, as they are undercover. There are entrances to the shops from the arcade side, and there are benches and rest rooms too. It’s also a good way to navigate your way along the street, avoiding the big crowds outside. I don’t seem to have any photos of them though – boo!


At the Sleeping Beauty Castle end of the street, were four snowy scenes with the Big Six Disney characters building snowmen, which were awesome. I have more photos of those from the evening though, as only took a photo of Donald and Daisy during the day.

A land where adventure awaits – home to Pirates of the Caribbean, which we didn’t do on this visit, as didn’t want to get wet! But did go on it in 2010, and the version in Paris is much better than the one in Orlando – the drop is bigger! I harp on about theming a lot when talking about Disney parks, but it’s only because they do it so well. Adventure land was very cool, and all the theming around Pirates is just amazing.

You enter through an arch, and the theme in this part is Arabian themed, followed by a bit of an African theme, and then the pirate theme. There is also an Indiana Jones ride in Adventure land, but we didn’t venture there, so no idea what it looks like! We did encounter some bottle neck areas here, especially around Pirates of the Caribbean. And just as you enter from Main Street USA, there is a seating area, slap bang in the middle, which is a weird place to put something like that! Speaking of seating, there is tons of it around the park.

Home of Space Mountain: Mission 2, Buzz Lightyear Laser Blast (which we rode in 2010), and Star Tours (which Steve and Liam went on and said it was pants compared to Star Tours in Orlando!) I found this area to be a lot nicer than Tomorrowland (the equivalent in Magic Kingdom), and loved the colour of Space Mountain. I also loved that there was WALL-E, and EVE statues here – precious!

This is the most ride/attraction dense land in all of the Disneyland Park, with classic rides like Dumbo the Flying Elephant, Mad Hatter’s Tea Cups, and it’s a small world. You can meet Mickey Mouse here, as well as some of the Disney Princesses. I thought Fantasyland was very pretty, and quaint. Lots for smaller visitors to do here.

I waited with Sephy while everyone went on the small rollercoaster – Casey Jr. – le Petit Train du Cirque. Casey Jr. is the train from Dumbo. It looks like a fun little ride, and it circles around a small castle, which I think is the Beast’s castle from Beauty and the Beast.

I have a weird obsession with the Old West, so Frontierland is one of my favourite places in Magic Kingdom, and it was no different here in Disneyland Paris. Big Thunder Mountain was closed for refurbishment, as was the Thunder Mesa Riverboat Landing. Phantom Manor seems out of place in this section of the park though, but I guess they had no where else to put it! The line for this ride was huge, and we sadly didn’t get a chance to go on it, but from what I remember of our 2010 trip, it was very good.

Jack Skellington dressed as Sandy Claws was doing a meet and greet in this area, and we also had lunch in Frontierland at Last Chance Cafe. Everyone had chicken wings and chips, I had a cup of chilli con carne and nachos. So that was our Christmas Day lunch for 2015!

And that is pretty much it for this part of my trip report. We went back to our hotel, late afternoon on Christmas Day, as Sephy was getting a bit tired. We missed the later parade, which is different from the Christmas Parade, but I’m sure we’ll make another trip to Disneyland Paris again in the future. I’ll close out with a couple of photos of the family, and a photo of the Christmas Tree lit up at dusk. The next part of this report will be of the park at night, with the Disney Dreams! Of Christmas fireworks.