I would be cooking dinner for him in the evening and during the day I thought it would be fun to do some baking together as he’s usually at work when I’m making baked goods! We had a such a great day together, just the two of us, even though it was cheap and cheerful, I wouldn’t change it for anything! 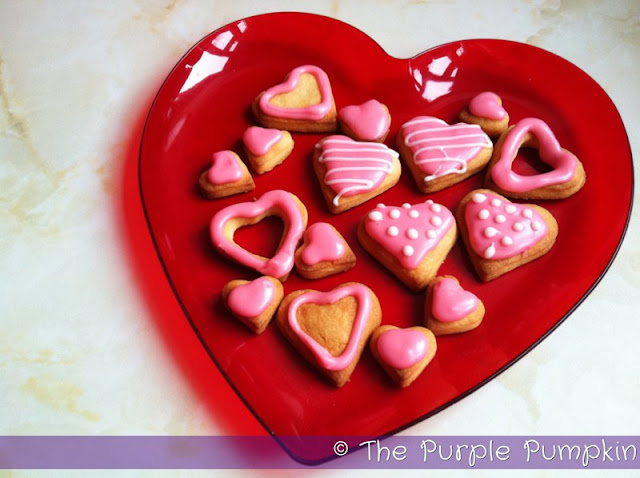 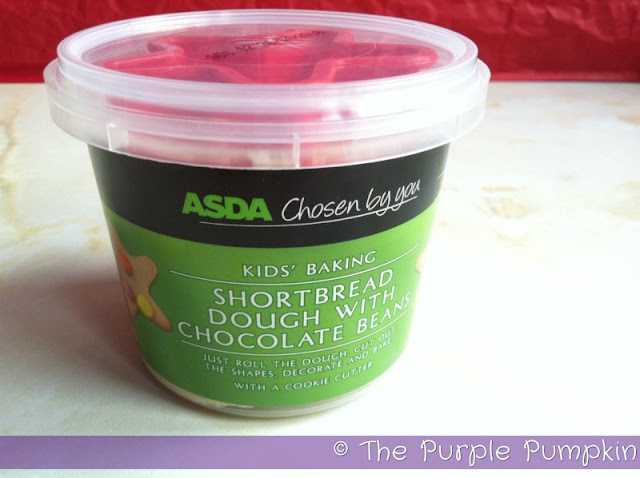 And I had bought some heart shaped cutters (it was a day of love after all!) 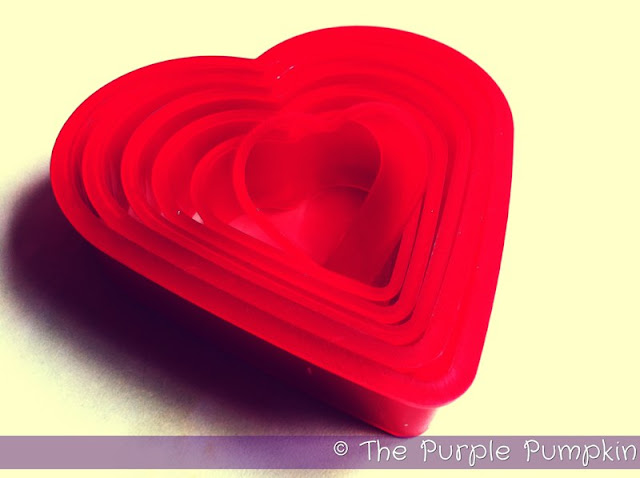 Started by rolling out the pastry…

And using one of the cutters, cut out our first batch of hearts…

All uniformed and in rows and into the oven…for the time required as stated on the package.

And then a big old “whoops” as we could smell burning! I wouldn’t mind, but we set the timer for even less than the package said! Into the bin with our first batch!

Hubby then decided to get flash and get creative…

We cooked these for a lot less and they came out okay…we really need a new oven!

Onto a wire rack to cool down…

And then we made some icing to go on top. Four to five tablespoons of icing sugar and a tablespoon of water mixed together.

And then a tiny drop of food colouring paste…pink of course!

Into a piping bag…

And I let hubby get to work with the piping!

To be honest, the cookie dough wasn’t very pleasant – sorry Asda – won’t be buying that product again! So I pulled out the other cookie dough I had bought from Tesco in the hope that this one would cook up nicer (it did, with hilarious results)

Rolled out and ready to cut…

For the love of baking….

Heart shapes cut and ready to go in the oven!

But oh, how they spread out during baking!!!!!!

Hubby salvaged them though by using a cutter whilst the cookies were still warm…and these ones not only smelled good whilst cooking, but they tasted yummy too! A big thumbs up to Mr. T’s cookie product!

I had bought some candy/chocolate moulds and some candy melts from Hobbycraft so I said that next up was candy making!

Of course, the moulds were heart shaped! This particular one is by Wilton.

How many to fill the moulds? This many…!

I’ve (we’ve) never used candy melts before, and the packet says to microwave for one minute and then in 30 second bursts till melted. I started with 30 seconds and then bursts of 30 as I wasn’t using as much.

We then spooned the melted melts into a piping bag and snipped off the end – this made it much easier to put into each section of the mould.

A couple of taps to knock out air bubbles and we left them to set in the fridge.

When set (about an hour, possibly less!) we turned them out – the candies popped out really easily.

I had also bought some candy wrappers (by Wilton!).

I’m sure we could have done a smoother job, but today was about having fun together, which we did ❤

After our cooking session, of course we had to sample the goodies! The first batch of cookies from Asda were blergh! They were fun to make though – and to get hubby involved with ‘my world’! The second batch from Tesco were delish and we enjoyed them with a cuppa, late afternoon (we’re so rock and roll!). The candies were sweet – we didn’t know what to expect from them having never eaten them before, but they tasted like Percy Pigs from Marks and Spencer!

We then did our gift exchange – hubby bought me the new Heston Blumenthal book which I can’t wait to cook from, and me, aside from buying everything to have our baking date and the ingredients for dinner, wrote out 101 reasons why I love him…from the heart, and he said the best present ever! ❤❤❤