This weekend it was the Taste of Christmas Show in London. Hubby and I went to last year’s show, but just didn’t have the time this year to visit, which was a shame as we did enjoy it last year. I never did share my photos from the day, so a year on, here I am sharing them with you!

This is quite a long photo post – you’ve been forewarned :D

The show was held in one of the exhibition halls at ExCeL London…it’s not too far for us to get to and we were there bright and early as we were seeing two of our favourite TV chefs cook live – Jamie Oliver & Hugh Fearnley-Whittingstall. 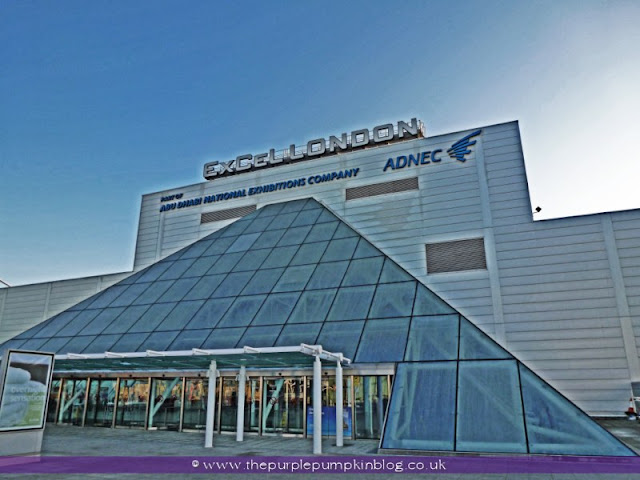 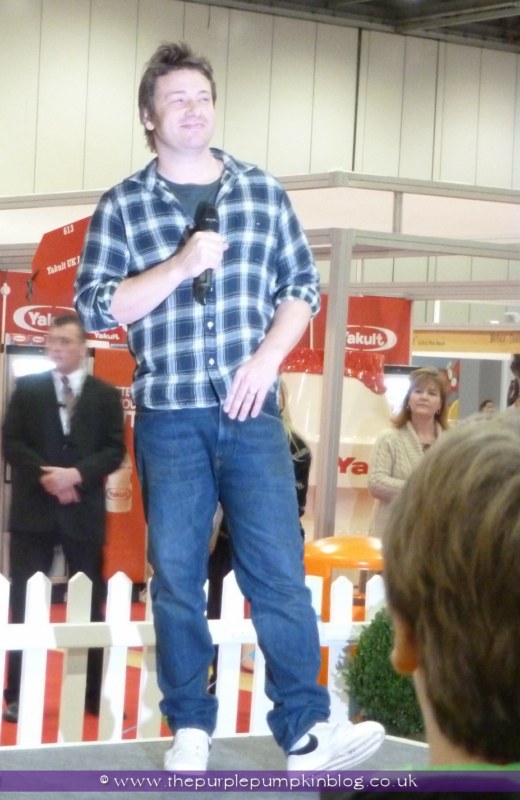 Jamie & Hugh opened the show, and then we made our way to the show kitchens to watch them demonstrate a few dishes each.

We were sitting right up front for both celeb chefs, and it was fun to watch them both cook live!

Jamie created a goose salad dish and a salad – both looked and smelled yummy whilst he was cooking them. Later on, we got to try the salad when we ate dinner in his Big Feastival Pop Up Restaurant, which I blogged about earlier in the year. 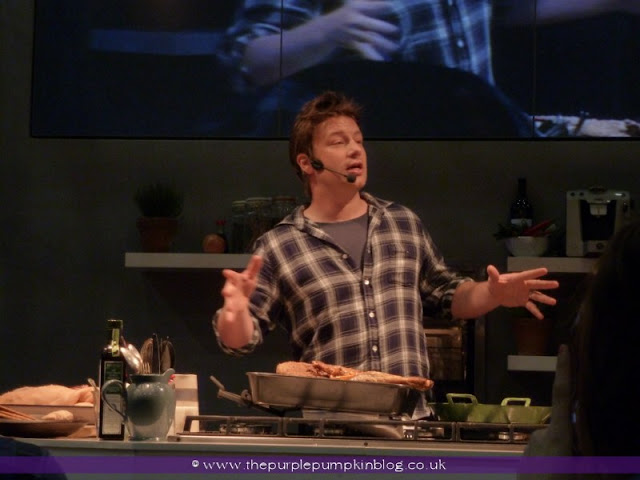 Next up was Hugh, who, having just had his vegetarian show air on TV, was cooking veggie dishes.

One of which was these creamed kale crostini, which we got to try out first in the crowd…I answered his question about the name of his first pig correctly lol, so the tray came to us first! I also made them last Christmastime, and they were just as delicious as when we tried them at the show.

After watching the celeb chefs get their cook on, we queued up to get Hugh’s new book signed, and met the man himself.

We then started to wander around the show…

This was Delia Smith’s Christmas cake, which I happened to buy the kit for and make for Christmas.

We dropped in to watch Gary Rhodes cook as well – so much more entertaining to watch in real life than on the TV!

And that is my photo-venture at Taste of Christmas 2011!