So back in December my husband and I went to the ‘Taste of Christmas’ exhibition at the ExCel Centre in London – mainly to see two of our favourite TV chefs – Jamie Oliver and Hugh Fearnley-Whittingstall. We watched demonstrations from them both and then was lucky enough to meet Hugh afterwards at his book signing where we bought his River Cottage Veg Every Day book which came in very handy when I prepared a vegetarian Christmas Eve dinner for my inlaws (more posts about them soon!).

I hope to be able to write a blog post about our day at ‘Taste of Christmas’ as looking back over the photos, I realise that I took lots to share with you, as well as to link up with vendors that were there. 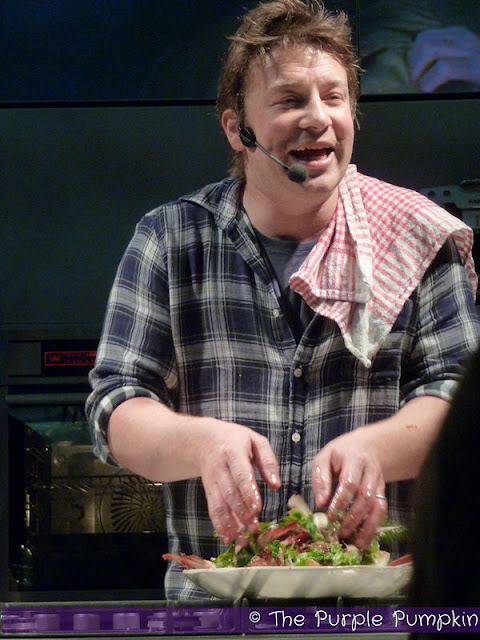 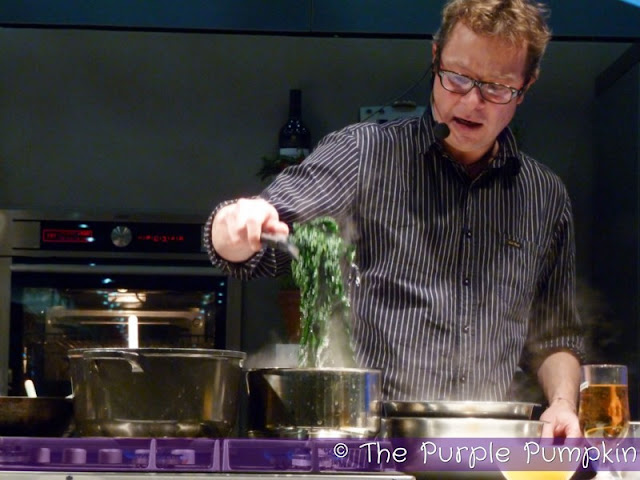 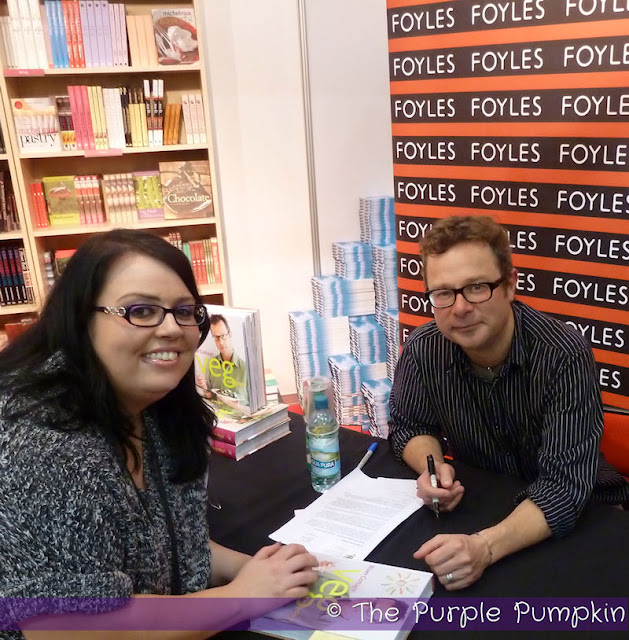 During Hugh’s demonstration (in which he made 3 or 4 dishes) he prepared Creamed Kale Crostini. He shared all his dishes with the audience and to choose which direction the food should go for this dish, he asked a question about one of his pigs at River Cottage – which I answered correctly! (Her name was Delia!) For an canapé that seemed so simple and quick to make, it tasted delicious…and as fangirl as it sounds, I had to let Hugh know how wonderful it was – mainly because, and this might sound silly, but when you see chef’s on TV I know I wonder if something tastes as good as it looks on the screen – and it was good to know that, yes, it does!

After tasting the dish, we knew that we’d want to give making the creamed kale crostini a try at home but neither my husband or myself could remember how he made it (nor had the foresight to jot it down). When we came back home, I scanned through his new book, but it wasn’t there, and nor did I recall it from any of his recent TV series episodes (we’re avid River Cottage fans!), I couldn’t find it on his website and even asked on Facebook and Twitter for just a clue of how it was done…then it was released on his website and was featured on his River Cottage Christmas Special! Yay!

So we bought the ingredients and gave it a try – and it was as every bit as delicious! So here’s how I did it. The recipe can be found on the River Cottage website, but I’ll be going through the steps here with you too.

I actually bought a ciabatta loaf as couldn’t find a sour dough loaf in our supermarket the day that I went shopping, and the baguettes had all run out too >_< . Hugh used cavolo nero when we saw him at the show, and lo and behold we found it at our supermarket – it was already cut up, rather than the whole leaves like he used. The bag was 200g and I used the whole bag in this recipe.

First off, I made the crostini by slicing the ciabatta into thick slices, and placing on an oiled baking tray. With a drizzle of olive oil and a sprinkle of sea salt, it was into the oven with them at 200C for about 8 minutes until golden.

(You will have to excuse my photos, by the time I cooked these it was late, dark outside and my kitchen light is not the brightest, so I had to use flash)
So with the crostini made and looking gorgeously crunchy, I set them to one side and blanched the kale in boiling water for 2 minutes. I then drained and refreshed the veg in a bowl of ice cold water. Hugh balled up his kale, squeezing as much water out as possible, and then cut it in half before shredding finely. As the kale we bought was already cut, this was a bit tricky – but we did our best!

I put the rapeseed oil and butter into the frying pan (oh, butter, how much flavour you give!) and when hot, threw in the onions and garlic, cooking over a gentle heat for about 10 minutes until soft and translucent.

I added the thyme leaves, port and seasoned with salt and pepper then continued to cook until the port reduced to a glaze.

Then more deliciousness in the form of double cream which gets poured into the mix and cooked until reduced by half.

I then added the chopped kale to the pan, mixing everything together and heated through gently. I added a little more seasoning which you can do to taste.

Once I was satisfied that the kale had warmed up, I topped the crostini with spoonfuls of creamy kale and onions.

For something a little bit different, these are definitely worth a try – very quick and easy to prepare, and I’m sure Hugh said using greens or regular kale would be just as good!

As Hugh suggests, they make a great canapé (or starter/appetiser) and I personally can’t wait to cook them again soon!