It’s been forever since I made a full party free printables set, so with the Blu-ray & DVD release of the hilarious animated musical film SING, I bring you my SING Movie Party Printables! 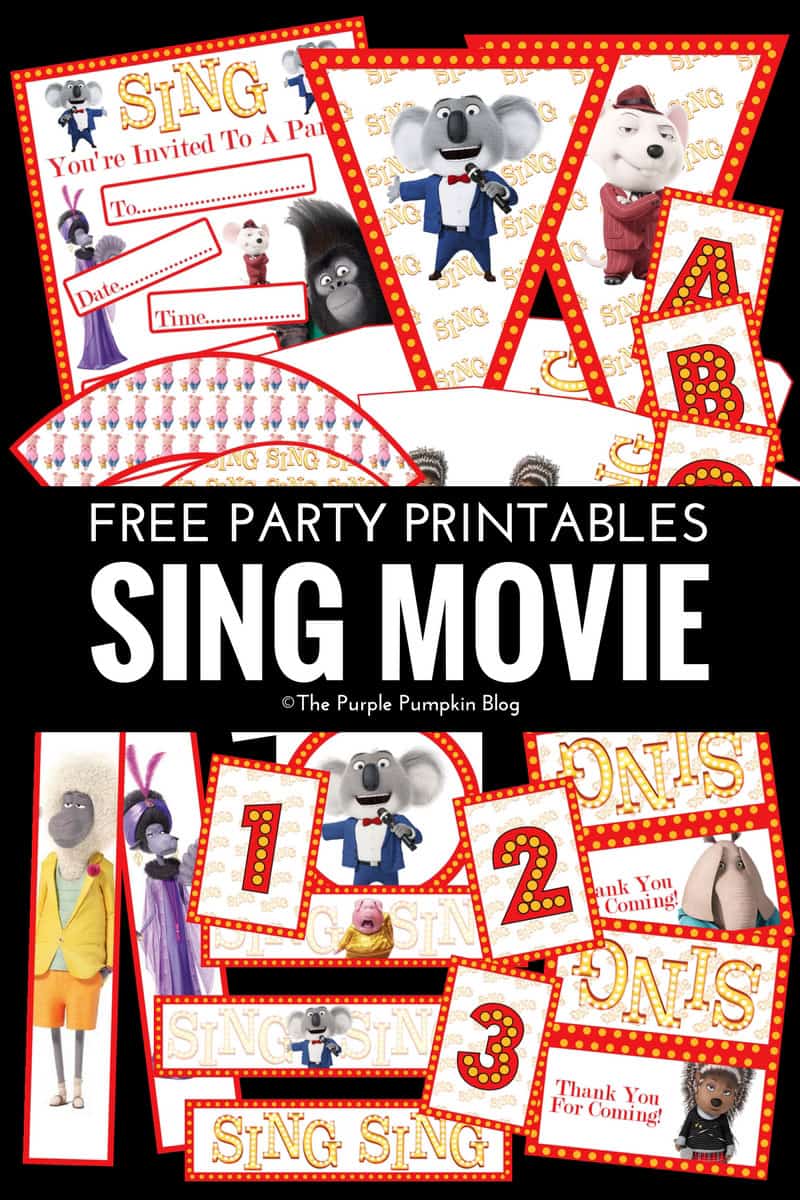 I recently watched SING, and I have to say it’s such a feel good, and funny film! I initially thought it was going to be an animated version of singing talent shows, and I didn’t think I would like it that much – but it is so far from my initial thoughts, and I’ve already re-watched it several times! I loved that you could sing (ha!) along from the get-go as the film features over 85 hit songs from the 1940s to 2010s. The animation and cast was fab, the story line was easy to follow, and the singing was awesome. If you’ve not seen it yet, I can highly recommend it for the whole family!

This post contains Amazon Affiliate links. If you clicked the link then made a purchase, a small percentage of the sale price would be paid to this me. It doesn’t cost you anything more but it helps keep the lights on over here!

Now onto the free printables!

As much as I would LOVE to set up a party for all of the printables that I make, I sadly just don’t have the time! Of course I would love to have everything printed off and demonstrated for you to see, but if you delve into my party archives you will find lots of posts where I have used the same templates that these latest printables are based on. I will also be directing you to specific posts after the downloads so that you can see how the printable looks when it is printed and being used for a party.

As with pretty much all my printables, they come in two paper sizes – A4 for the UK, and 8.5 x 11″ for the USA (and other countries that use these paper sizes as standard). Images of all the printables are placed throughout this post – just click on them to see a larger view. 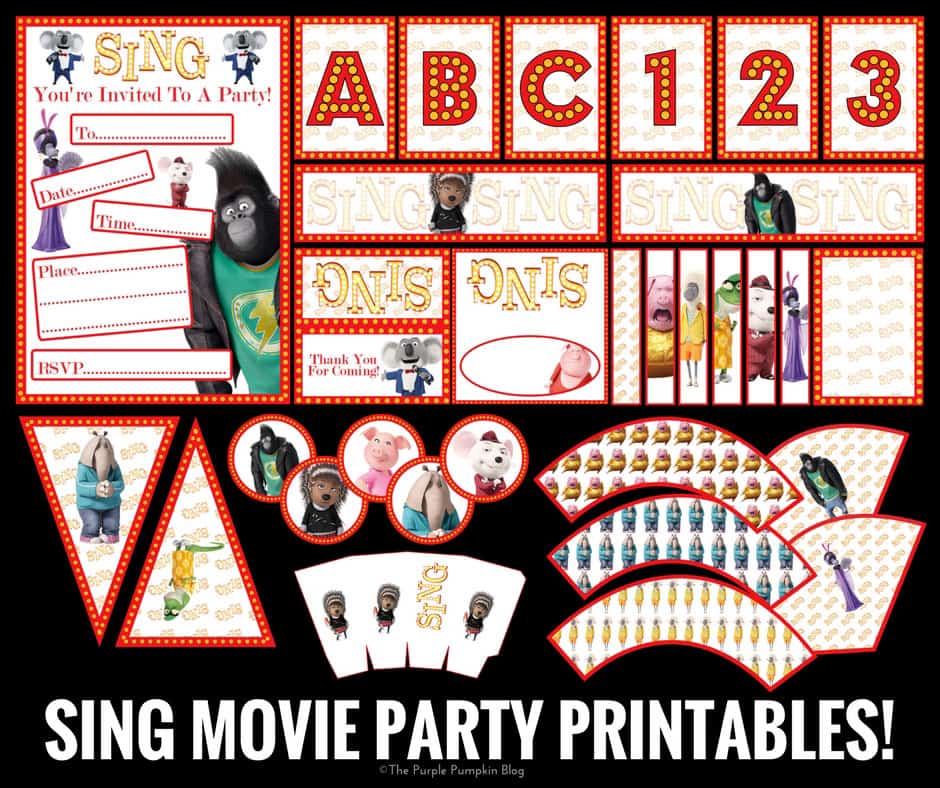 I think all of the printables are pretty self explanatory, but I have included simple instructions on the printables. To give examples of how some of the various printables look when assembled, here are some links to parties on my blog.

Please feel free to share these SING Movie Party Printables by using the social buttons on the side or bottom of this post, and don’t forget that you can subscribe to The Purple Pumpkin Blog by email, on Feedly or on Bloglovin’ so you don’t miss out!

The document(s) is (are) a PDF and can be opened with Adobe Reader which is free to use.
Printables created by The Purple Pumpkin Blog are for personal use only and not for resale. If you wish to link to, pin or share my printables, you are welcome to do so as long as a link back to the blog post is shown and the watermarks are kept intact. Colours may vary slightly on printing due to different screen and printer settings. If you use any of my printables it would be awesome to know about it! Just leave me a comment, here on my blog, on Facebook, Twitter, Google+ or Pinterest! I hope you find them useful!