I had the ingredients to make spaghetti bolognaise, but wanted to change it up…we always have “just” spag bol, so, I used penne instead of spaghetti, topped it with a herby, crunchy cheese topping and turned it into a pie! 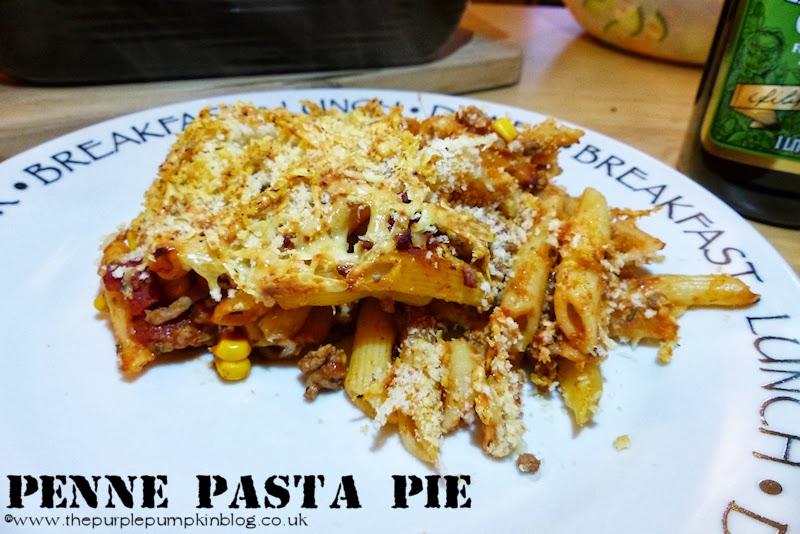 Tesco had kindly sent me a block of Joseph Heller cheese which is a reduced fat, reduced salt cheese, and as a cheese fiend, I was keen to try it out. Cheese is great on taste, but not so great on the waist – amirite?! Before using the cheese in this recipe, I cut off a small wedge for the taste test. Reduced fat cheese can have a really horrid, artificial flavour about it, which I am happy to say that this cheese doesn’t. It was sharp and fairly strong, and ideal, I feel, for using in cooking. So I grated some up to use as a topping for my penne pasta pie.

To make my penne pasta pie all you need to do is cook some penne pasta (make enough to feed your brood), and then make up your bolognaise sauce – I browned off some beef mince then added a jar of sauce on this occasion as I was pressed for time. I always throw some extra veggies in my spaghetti sauce – today it was sweetcorn. Then drain the pasta and stir it into the sauce. 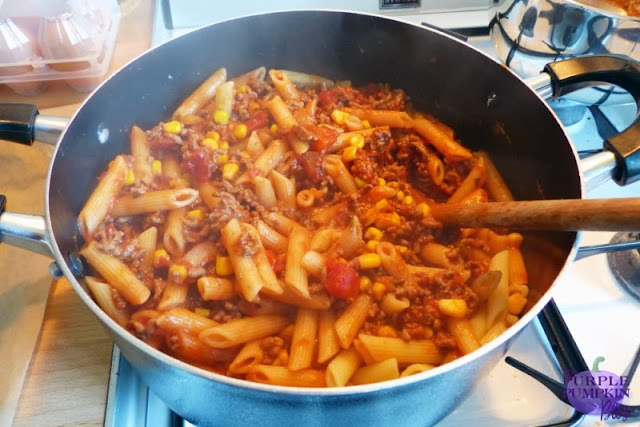 The pasta and sauce mixture then gets poured into an ovenproof dish. To make the topping, mix grated cheese with some panko breadcrumbs, a pinch each of dried oregano and rosemary. This is then sprinkled over the top of the pasta. 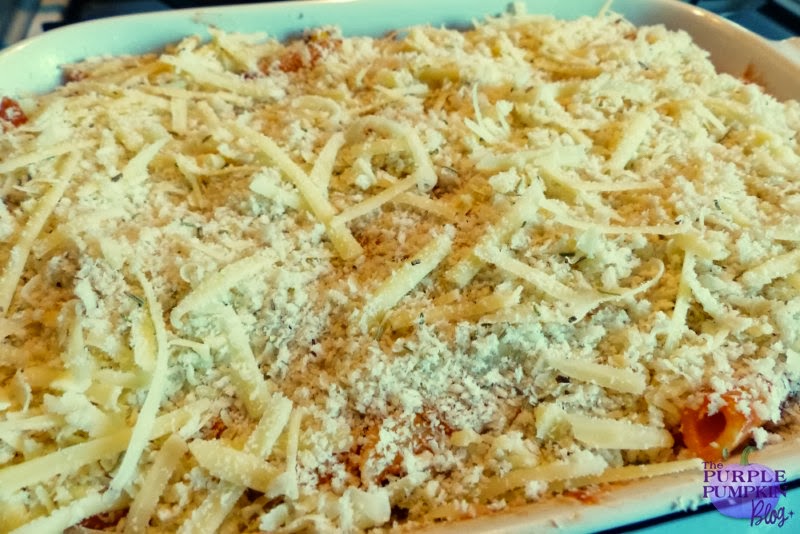 Into the oven for 15-20 minutes until the top is melted and golden. Serve up and enjoy! This can be made in advanced up to the topping stage and then cooked when needed – ensure that the dish is piping hot throughout.