Kleftiko is a Greek slow cooked lamb and potato dish, that is a special treat for the dinner table. It is one of the simplest to make, as well as being one of the tastiest Greek dishes too. I cooked it for the first time for my family on Easter Sunday, and it was a resounding success! Because of my Greek-Cypriot heritage, I love to cook Cypriot dishes, and you can find all of my authentic Greek-Cypriot Recipes here. 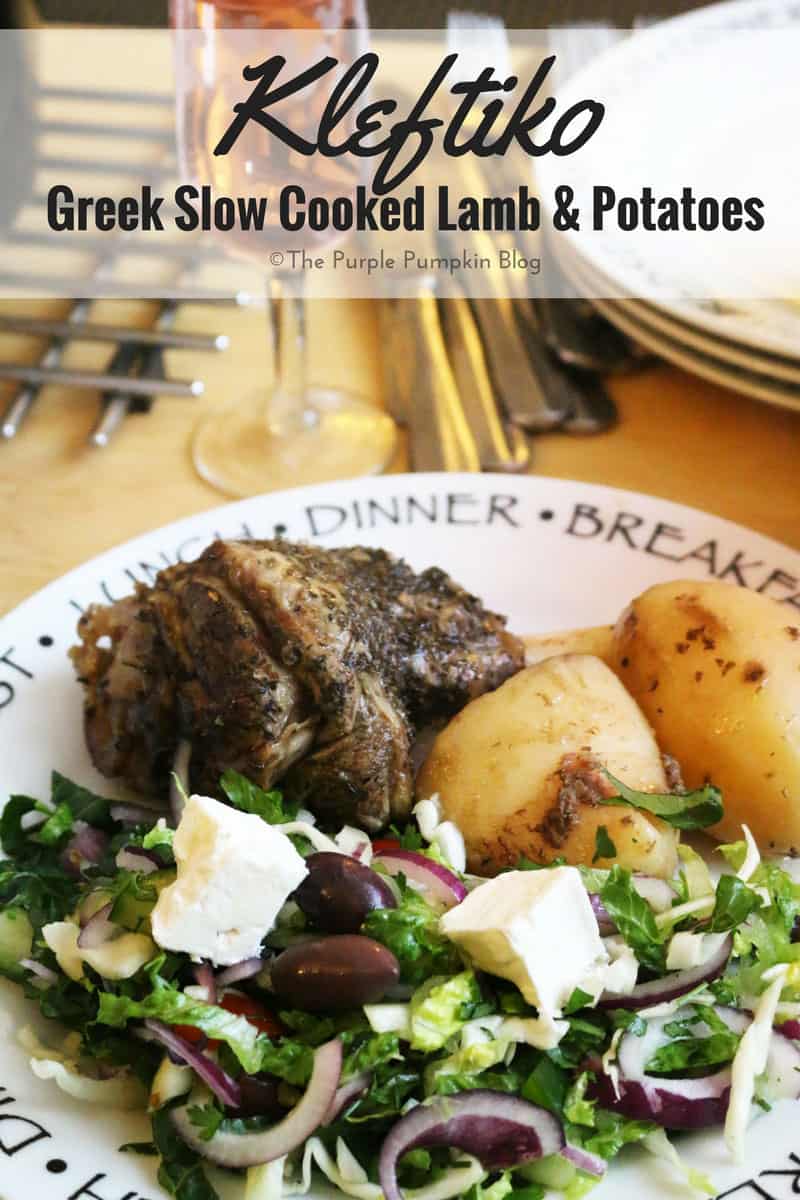 Kleftiko: literally meaning “in the style of the Klephts” was originally cooked in a pit oven. It is said that the Klephts, bandits of the countryside who did not have flocks of their own, would steal lambs or goats and cook the meat in a sealed pit to avoid the smoke being seen.

I love learning about the history behind food, and I always thought that kleftiko had to be cooked in a clay oven. On a family holiday in Cyprus back in the 80s, being taken to a village restaurant that served only kleftiko, and I remember the huge domed clay ovens where the dish was slowly roasting. But if you don’t have a clay oven in your back garden (and I pretty sure most of us don’t!), then a covered cooking pot in your regular oven, or even a slow cooker will work just as well. 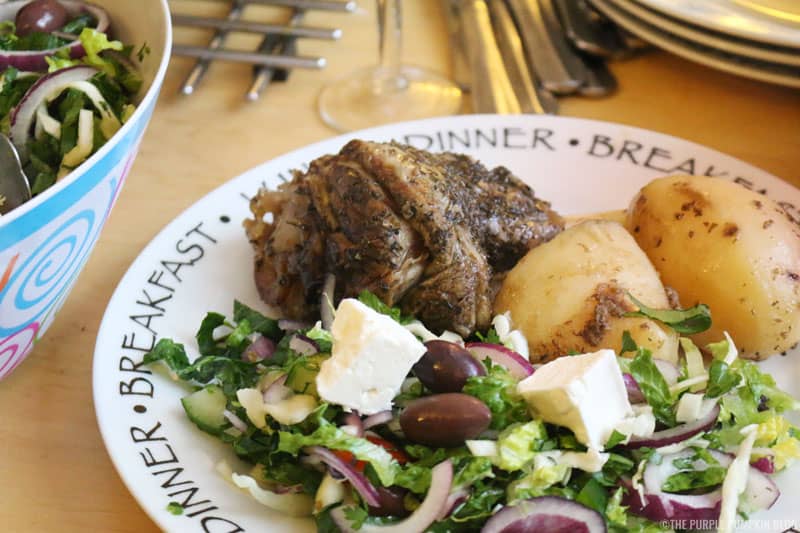 In my experience of cooking family recipes, it’s all about intuition, and never really about quantities. I don’t think I measure a single ingredient when I am cooking Greek-Cypriot dishes! The only time I do is when I want to share the recipe on my blog.


I’ve also found that what goes into a recipe can depend on which family member you speak to. My dad told me that the most important thing with kleftiko is the oregano – and lots of it! But, you can also add rosemary, garlic, and lemon juice if you like, and of course salt and pepper.

When I asked my dad what cut of lamb I should use, he said he buys shoulder and asks the Greek butcher to prepare it for him for kleftiko. The meat is cut into steaks with the bone through it, about 5cm thick. You want that bone running through so that each piece of meat gets good flavour. Dad cooks the potatoes separately, but they can be cooked in the same pot if you want – just add them an hour or so before the end of cooking…

I tasked my husband with going to the butcher for the shoulder of lamb, but there wasn’t nearly enough for all of us – it was all they had unfortunately. That’s what happens when you try to buy a lamb shoulder at the last minute on Easter weekend! To make up the numbers we bought lamb shanks from the supermarket instead – enough for one per person – and I was going to save the lamb chunks for another time. I ended up cooking them anyway, and have frozen the leftovers for another time. Wow, that was a heck of an explanation about the meat I used! As for the potatoes, I just cooked everything together at the same time!

Essentially, it was all a big judgement game for me when I made my pots of kleftiko, but it turned out, if I do say so myself, amazingly good! The meat just fell clean off the bone, and was so full of flavour.

I didn’t marinade the lamb in advance, I just placed the meat in a large bowl and added about two thirds of a pot of dried oregano, which I’m going to guess is around 10g. I also crushed over about 6 large garlic cloves, added plenty of salt and pepper, and the juice from a couple of lemons. No need to brown the meat in advance.

I used Cypriot potatoes, which are grown in the mineral-rich red clay of Cyprus. But if you can’t find those, a desiree potato is a good substitute. Because I was going to be cooking this dish for around 8 hours, I didn’t want my potatoes to be a crumbly mess, so I left the smaller potatoes whole, and the larger ones I cut in half.

I placed everything in my two slow cookers (4.7L and 6.5L / 4 and 6 quarts ) with about half a mugful of water in the bottom of the pots. The potatoes went in and around the meat, and then cooked on low for 6 hours, and on high for the final 2 hours.

For Easter dinner, I had my sister and brother over with their respective partners, plus of course me, hubs and the boy. My other sister, brother-in-law, niece, mum and dad are all on hols in Cyprus at the moment, so it wasn’t quite the whole family this time around.

My sister cooked a delicious prawn and asparagus starter, and we also had some meze items – houmous, tzatziki, olives, and Greek bread. I served the kleftiko with a village salad, topped off with feta and kalamata olives. And for dessert, my sister had brought round some baklava and other Greek pastries.

It was such a wonderful evening together, filled with family, laughter and good food! If you cook this dish, I hope you enjoy it as much as we did.

You’ll find the printable recipe for kleftiko below, and here are some of the other accompaniments you might want to make to go with:

Kleftiko – Greek Slow Cooked Lamb & Potatoes
Cuisine: Greek-Cypriot
Author: Michelle Ordever
Prep time: 15 mins
Cook time: 8 hours
Total time: 8 hours 15 mins
Serves: 6
This recipe shares how to cook kleftiko in a slow cooker (size 6.5L/6 Quarts). The dish can also be cooked in a lidded pot in a conventional oven at 160C/325F/Gas3 for 4-5 hours, but add the potatoes about 1 hour from the end of the cooking time instead of at the start as with the slow cooker method.
Ingredients
Instructions
Notes
If you can’t find Cypriot potatoes, you can substitute for Desiree potatoes.
3.5.3226