How To Save Money at Disneyland Paris

Home » Ad » How To Save Money at Disneyland Paris 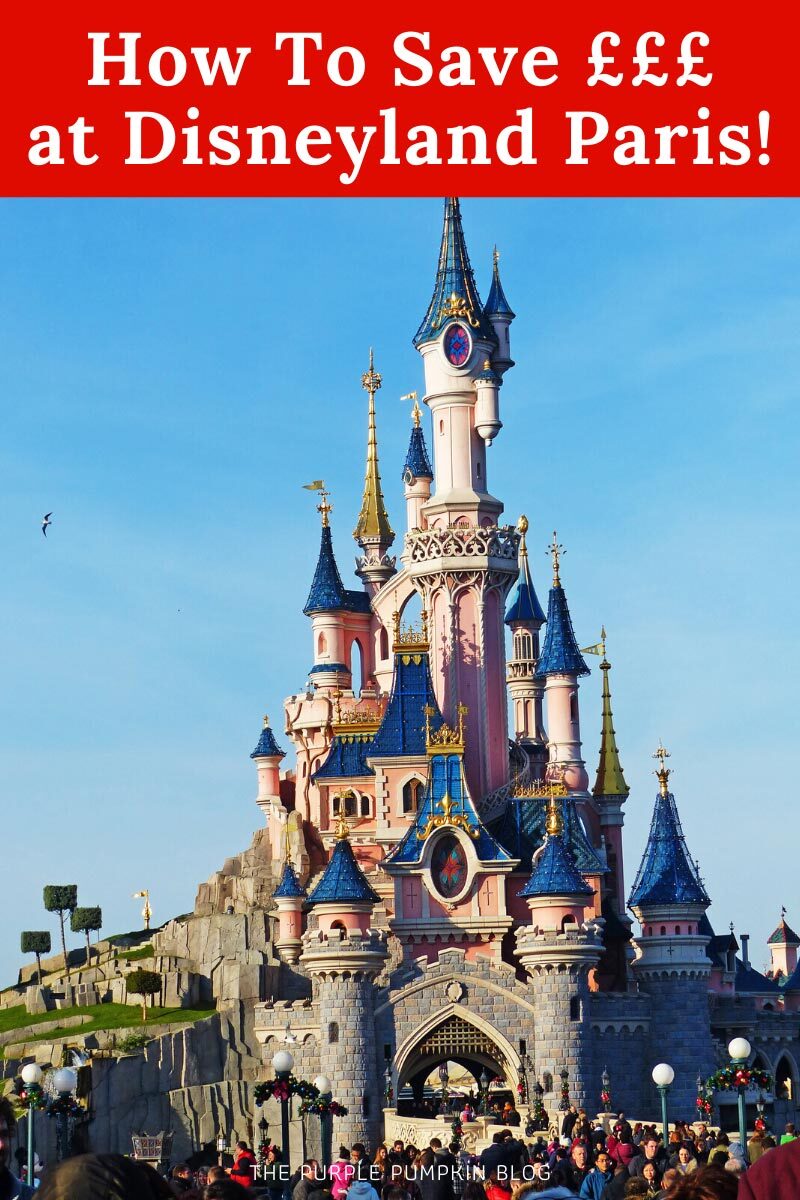 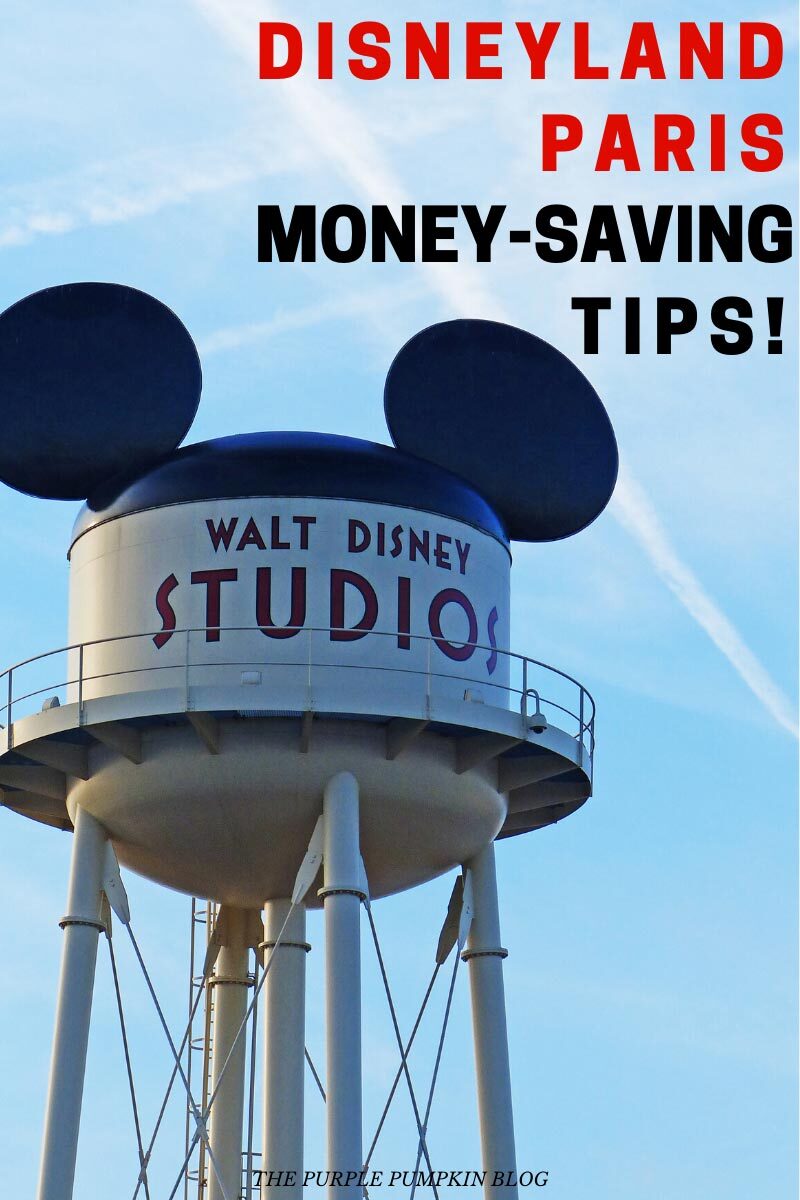 Trips to Disney theme parks are a dream for many children (and adults!) and you may be considering visiting Disneyland Paris but worried about the costs involved. While it is true that a Disney holiday can be expensive, there are lots of ways to save money at Disneyland Paris! Read on for my top tips…

How To Save Money At Disneyland Paris

If you are a regular reader of The Purple Pumpkin Blog then you know we are all about our vacations to Walt Disney World in Orlando, Florida – you can read all of our Disney Trip Reports here.

I’m the person friends and family (and you guys!) come to when they want to plan a trip to Walt Disney World.

What you may not know is that we’ve been to Disneyland Paris a couple of times now and have got another trip booked for Christmas weekend 2020!

So I thought it was high time I tell you how you can save some money when visiting Disneyland Paris (DLP).

Save Money On Getting There

There are several ways you can travel to Disneyland Paris from London and the UK including planes, trains, and automobiles!


Omio is a journey planner app that simplifies the planning process—it lets you know about train delays or cancellations and gets you to your destination by train, bus or flight, making it ideal to find out which is the cheapest or fastest route.

Check out and compare all of the available options not only for the price but also what will suit you and your travelling party.

Both times visiting DLP we travelled by train. The first time we stayed in central Paris and caught a train out to Marne la Vallée, Chessy which is the station within Disneyland Paris itself. And the second time we caught the Eurostar, which also goes to the same station, making it the best option for us.

Save Money On When You Go

If you can avoid peak times – like Christmas, Halloween, school holidays, and weekends you can save money on your trip.

Being able to visit during off-peak times means you will also benefit from fewer crowds, which means more time for rides and attractions as the lines will be shorter!

Of course, if you have kids in school then you may not be able to avoid going at peak time, and my best advice is to plan ahead and check the official Disneyland Paris website for any offers that they have (such as free dining) which are available during school holidays.

Save Money On Where You Stay

You have several accommodation options when visiting Disneyland Paris.

You could stay at one of the six Disney Hotels that are all within walking distance of the theme parks – and with that comes a higher price tag. However, the hotels do vary in price from budget options, mid-tier pricing, and deluxe hotels.

There are two Disney Nature Resorts that are further away from Disneyland Paris and means you will have to drive to the theme parks each day.

And finally, there are eight Disney Partner Hotels which are a (usually free) shuttle bus ride away.

There are offers to be had like free breakfast, half-board, park tickets, etc., so check all the available options to see what suits your budget.

You can, of course, stay further away from Disneyland Paris, as you can save even more. But you will have to factor back in the cost of park tickets, [some] food, and travelling to and from the parks (either by train or car).

Check prices across French, German and Italian Disneyland sites, then convert into pounds and compare to the UK. Remember, if you use a foreign site and pay in euros, ensure you pay with specialist overseas plastic.

I’ve covered the basics of a trip to Disneyland Paris – how to get there, when to go, and where to stay; but my top tip is this – book everything yourself!

I’ve been DIY’ing our vacations, wherever they are in the world, for years. It can be scary to not use a travel agent, but to get the cheapest prices, booking things separately is a great way to save money.

Be smart when it comes to booking your trip and make sure whatever site you use is protected by ABTA or ATOL (in the UK). Remember, if something looks too good to be true, it probably is.

Now with the money you’ve saved on travel and accommodation, you can spend it elsewhere on your trip! Here are some final tips to save money at Disneyland Paris:

If you are staying at a Disney Hotel, Nature Resort, or Partner Hotel then your tickets are likely to be included with your package.

If you need to buy tickets then check websites like Attraction Tickets, Attraction Tix, or the Disneyland Paris website for the best possible price. It is always cheaper to buy in advance than on the gate. Use the official price as a benchmark for savings though!

And if you plan on visiting more than once or twice a year, consider investing in an Annual Pass which can provide other perks like discounts in shops and restaurants and photograph packages.

Food, drink and snack options at theme parks are notoriously expensive. Add in the fact that DLP is near Paris (an expensive city) and that it is Disney, you will be paying a premium.

If you are eating in the parks, try to dine at unusual times to save on crazy crowds. While everyone is having lunch between 12 and 2, head for the attractions and have a (brought-in-with-you) snack to tide you over till 3 or 4.

Know someone who is planning a trip to Disneyland Paris? Why not forward this post onto them by email or WhatsApp?

I will confess that I am a sucker for Disney merch, and I have several collections of my favourite things – Disney Ears, mugs, plushies, magnets, and pins.

But you can save some money on souvenirs too and here is how:

Finally, just stop and smell the magic! There is so much to see and do and even the littlest thing at Disneyland Paris is magical!

Don’t feel like you have to continually rush around or fight through the crowds. Sometimes it’s nice to just sit down and enjoy the moment.

I hope my tips help and you have an amazing trip to Disneyland Paris!