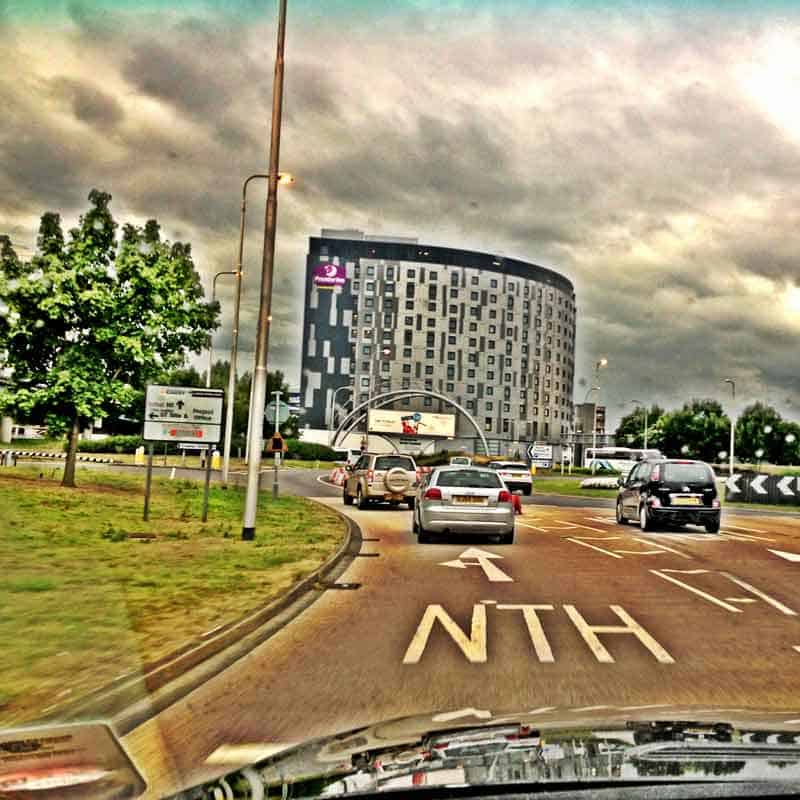 I always start my trip reports with Day 0, since we stay at an airport hotel the night before we travel, and it marks the beginning of our holiday. This year, on the photo taking front for this day, I was very lax. Mainly because I was tired, stressed, and just couldn’t be bothered. And also, because we’ve stayed at the Premier Inn at Gatwick North before, I could always just include those pictures if I wanted to, as they place hasn’t changed since the last time we stayed. In fact, I will include a couple of those old pictures, since I am a visual person and need to know what things look like!

Anyway, day 0 for us was a Thursday. Liam went off to college and Steve went off to work. Both were finishing around 4:30, and dad wasn’t picking us up until after 6:00 to drive us to the airport. I had a full day to busy myself.

It started, as always, with trying to get our cat, Pumpkin, into her basket and taking her to the cattery. My brother-in-law helped me with this task, as Pumpkin hates me with a passion! After a lot of chasing about, we managed to get the cat into the basket, and I drove the 10 minute journey to drop her off at her holiday home for the next few weeks.


I then came home, finished off some work, and watched the minutes and hours tick by until we could go on holiday!

I also packed my cabin bag, since I had received one to review on my blog. I carefully curated all the things I usually take, but future me tells you that I still take way too stuff. Next year, I’m literally taking my sunglasses (prescription) travel sickness pills, Rescue Remedy, phone, and chewing gum. It’s amazing how you take things you think you need, when actually, you don’t. I didn’t touch my iPad once on the plane! Neither did I write in my notebook, nor did I use the wipes, tissues, or other gumpf. I didn’t even use the fan when we got to Orlando until the next day. 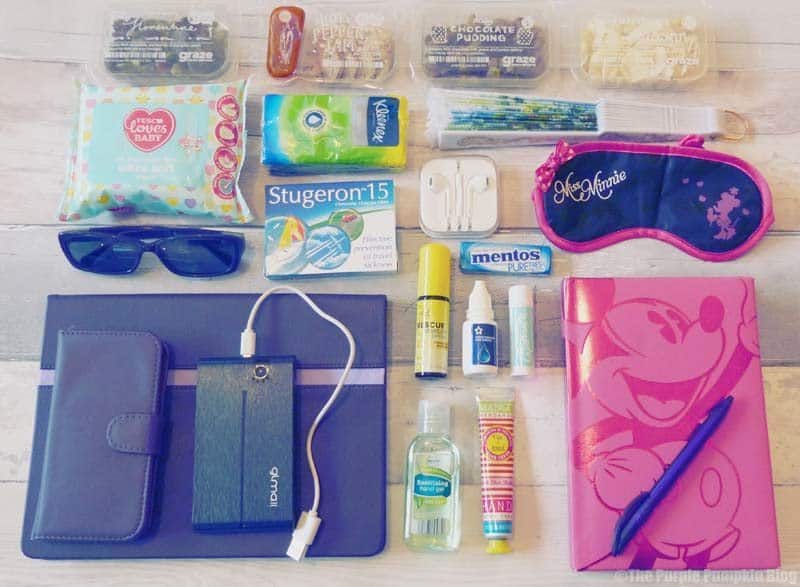 Eventually, late afternoon rolled around. Liam texted to say he was out of college early (handy), and Steve emailed to say he was leaving work. We always seem to be rushing around just before my dad turns up to drive us to the airport, but this year, we had time to spare. (2013 pic alert)

I can’t remember what time we set off, but it was a lot later than previous years, and it was weird to be driving to the airport in the dark. The drive was traffic-free (I think owing to the later time) and dad was soon dropping us off at the Gatwick North Terminal.

He reminded us not to bring too many extra suitcases back with us – bwahahahahah, yeah right – and wished us a happy and safe holiday. Instead of checking into the Premier Inn, we went straight into the airport to do twilight check-in with British Airways. The last time we flew BA from Gatwick, and stayed at the Premier Inn, we stupidly dragged our cases all the way to our room first, and then dragged them all the way back to the airport. We learned our lesson after that!

The check-in machines were not working properly for us, so we had to do things the old fashioned way and do everything at the BA desk. The airport was quiet, and there was no line at all. We waved goodbye to our luggage as it trudged along the conveyor belt, and returned to the Premier Inn.

We checked in, and picked up our room key card. Steve had paid to upgrade the free wi-fi so that we could use several devices. Only to be told that they were doing something and it was actually going to be off for most of the night. We requested a refund… I’m not sure if he ever got it; I’ll have to check. (2013 pic alert)

Before heading to our room, we thought it best to go and book at table at the Thyme Restaurant, as we’d forgotten to do one in advance. The restaurant was rammed, and we’d have to wait an hour. It meant we ate dinner rather late (around 9pm), but since our flight wasn’t till late morning, and we’d already done the checking-in, we were not too worried. The hotel lobby was also very busy, so we decided to go to our room for the hour… furthest one you can possibly get from the elevator, which always happens to use no matter where we stay.

The rooms are exactly as the same as a few years ago – clean, and comfortable – with tea/coffee making facilities, TV, towels, shower gel dispenser, and hand soap dispenser. (2013 pic alert)

When it was time for our dinner reservation, we walked back to the restaurant – waiting an age for the elevators. With 10 floors and three lifts, it can sometimes be quite a wait. We were on the 9th floor…

The hostess on the restaurant floor really looked like she couldn’t be bothered. In fact we stood waiting for a good 5 minutes before she even turned around from organising menus to acknowledge us. I’m a stickler for good service, even more so, I think, because I grew up in the catering industry. I somehow notice every little thing that should/shouldn’t be done.

Despite it being our time slot, a table was not ready, and we had to stand to one side and wait some more. I mentioned at the top of this post how I was tired, and stressed. We all were really. We’ve had a tough year with some personal issues, as well as with work, and just wanted to be able to now relax and chill out…

Eventually we were seated, not in the main restaurant, but just outside it, as there were no available tables. We waited a good 10 minutes for a server to come and take our drinks order, which disgruntled us even further, and made quick decisions for dinner, as didn’t want to be kept waiting any longer.

I know when we booked the hotel, we did some sort of offer that meant Steve and I got our dinner included, but Liam couldn’t because he was classed as a child. So we paid for his separately. We all had a burger from the special menu for the Rugby World Cup, and shared a starter.

On this special menu, it was cheaper than on the main menu, and had extra items too. A good spot by Steve, as we were going to have the other sharing platter. It was just the right size for us all to share; the aromatic duck parcels were particularly tasty.

As I already said, we all had a burger for our main course. All burgers were served with chips and a spicy slaw. The slaw portion was hilariously small, more like a garnish than a side! The burgers though, were all very good.

He doesn’t like egg or tomatoes, so he asked for them to be left off.

By now, time was pressing on. We were getting even more tired. The service had been slow all the way through, and we just wanted to go back to our room and chill. I asked if we could take the dessert back with us, which was fine. Liam didn’t have a pud, so it was just ones for Steve and I as they were included in our meal. I can’t remember what we had now, some sort of trifle I believe. I only have this one picture….

We watched some crap on the telly before getting ready for bed, hoping to be fresh as a daisy for our flight to Orlando in the morning!

Halloween In The Wilderness 2015:
Trip Report Index | Pre-Trip Planing Report | Highs, Not So Highs, and Lows
All the photos from this day can be found here | Florida 2015 photo collection on Flickr here