Autumn and Winter is the time of year that I do a lot more cooking using a slow cooker. There is something really comforting about smelling the food cooking throughout the day (I work from home), and I love that you can literally just throw everything into the pot, turn it on and then not have to worry about it all day long. So today I’ve got a recipe for a delicious Spicy Pumpkin and Butter Bean Soup. 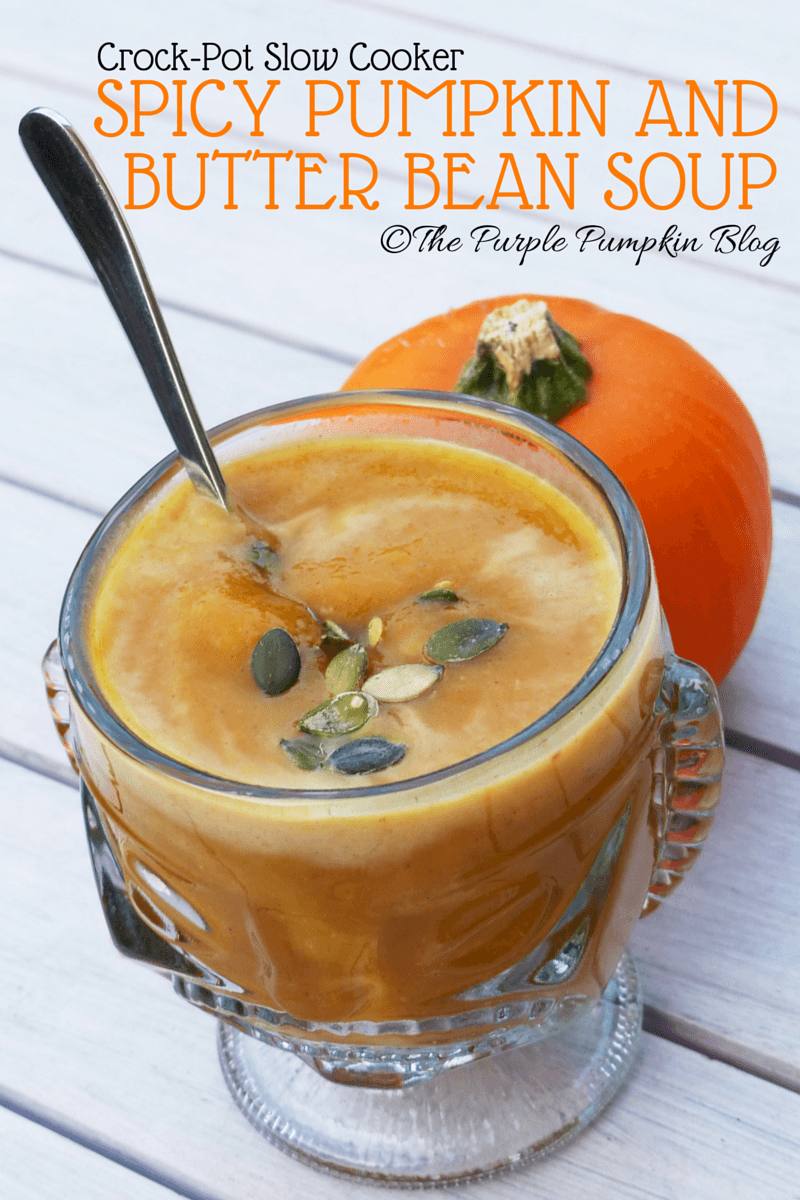 Not only is October #CraftyOctober for me on my blog, it is also Crocktober organised by the original makers of the slow cooker – Crock-Pot. They asked some of their favourite bloggers to contribute some slow cooker recipes, and since I love cooking with mine, I said yes immediately when they asked me!

Check out the #Crocktober Link Party at the bottom of this post, where you can share your favourite slow cooker recipes! 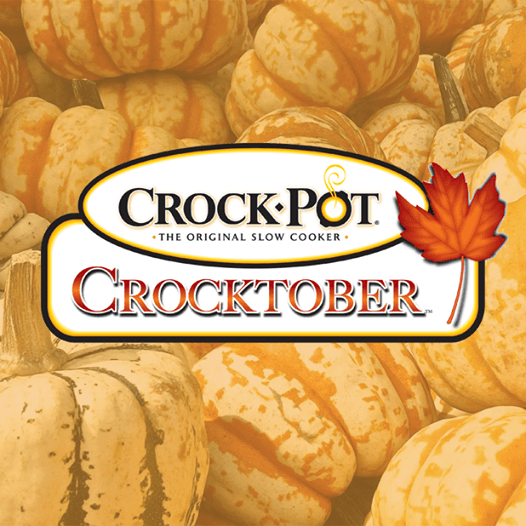 I was sent a 4.7L digital Crock-Pot to use, which felt very space age! I’ve never had a timer on a slow cooker before – I just turn it on and leave it! What I loved about the digital one was that after the time has run out, it sets itself to warm, so you don’t have to worry about overcooking. Although, I’ve never worried about that – I’ve cooked some things for nearly 24 hours before!!

Since this soup contains pumpkins, and October is a month of pumpkins as far as I’m concerned, it felt good to share this recipe as part of Crafty October too. I have never made soup in a slow cooker before, so this was new territory for me. I have to say that it turned out brilliantly – and tasty too –  and making soup in the slow cooker is so easy, I’m going to do it that way all the time from now on!

Generally, when I cook in a slow cooker, I don’t measure much and just guess as I go along, some of my recipes are a bit more precise, like my Hawaiian Pulled Pork. I like to keep things as simple as I can when it comes to the recipes I make up, and I think that this soup recipe is one of those! You can adjust the various spices to your own tastes. We like things a bit hot in this house, but you can dial it down if you need to.

I used a medium sized pumpkin, which gave around a kilogram of flesh after peeling and deseeding. If you can’t find pumpkin yet, you could use butternut squash instead. You could also substitute the dried chilli flakes for fresh chilli. To keep this dish vegetarian, I used vegetable stock, but you could also use chicken stock for added flavour.

I treated making soup in the Crock-Pot the same as I would in a pan, once the veggies were cooked, I blitzed with an hand-held immersion blender, and then seasoned if needed, with salt and black pepper. I was then able to add the butter beans before the final bit of slow cooking.

I served the spicy pumpkin soup with some milk drizzled on top (you could use cream for added decadence!) and some toasted pumpkin seeds. This soup was a mouthful of flavour and texture!

Disclosure: I was sent a Crock-Pot Slow Cooker to develop recipes.