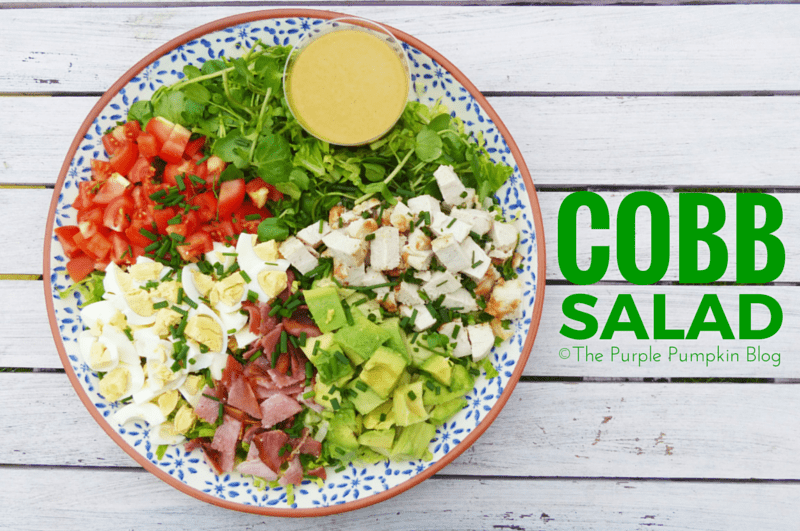 My second challenge for 2015 as a British Lion Eggs ShortcutEggspert, was to create a salad using eggs. Eggs are perfect in my diet as they are packed with protein and keep you fuller for longer.

I immediately thought about making a Cobb Salad for my challenge, as it’s a tasty mix of lots of different ingredients including eggs, bacon, chicken, avocado, tomatoes, lettuce, watercress and blue cheese. However,  I really can’t eat blue cheese, no matter how many times I attempt to, so I left that out of my salad. It is served with a vinaigrette on the side made with vinegar, mustard, oil and Worcestershire sauce. 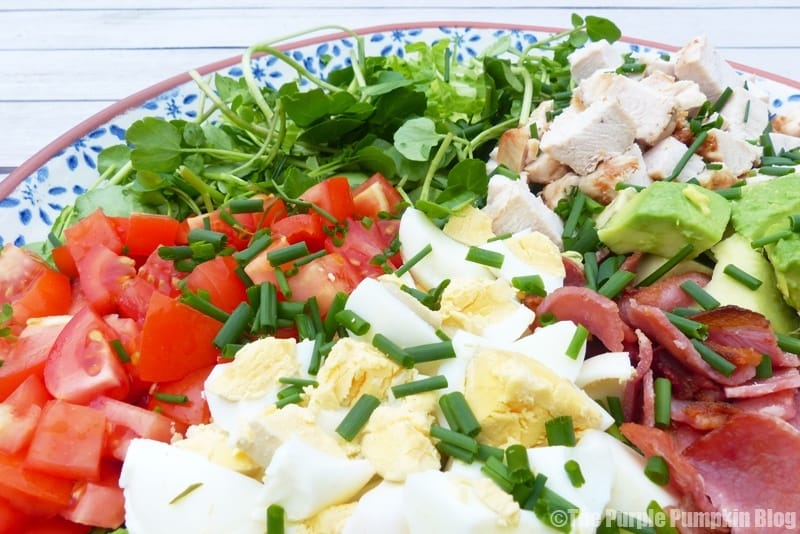 This is a filling salad which is a meal in its own right, and not just an “on the side” sort of salad. It would be perfect to mix up for a picnic, or served on a large platter (as I have done) for a party or get together. I used cooked chicken which I’d bought in the supermarket, but you could use up roast chicken (or turkey) leftovers on a Monday after a Sunday roast!

I think this salad is very much a “as much of each ingredient as you like” salad (for example, me leaving off the blue cheese!), so I haven’t given exact quantities… it’s your salad, so customise it as you wish.


The recipe calls for hard boiled eggs, which, in case you don’t know how long to cook them for, it’s 7 minutes from when they start to boil. To stop the grey rim surrounding the yolks, run the eggs under running cold water for 2 minutes, before peeling them.

If you’re prepping this salad in advance, leave the avocado till the last moment so that it doesn’t go brown whilst waiting around. You can squeeze a little lemon juice over the flesh though, which will slow down the browning process, and won’t detract from the overall flavour of the salad. 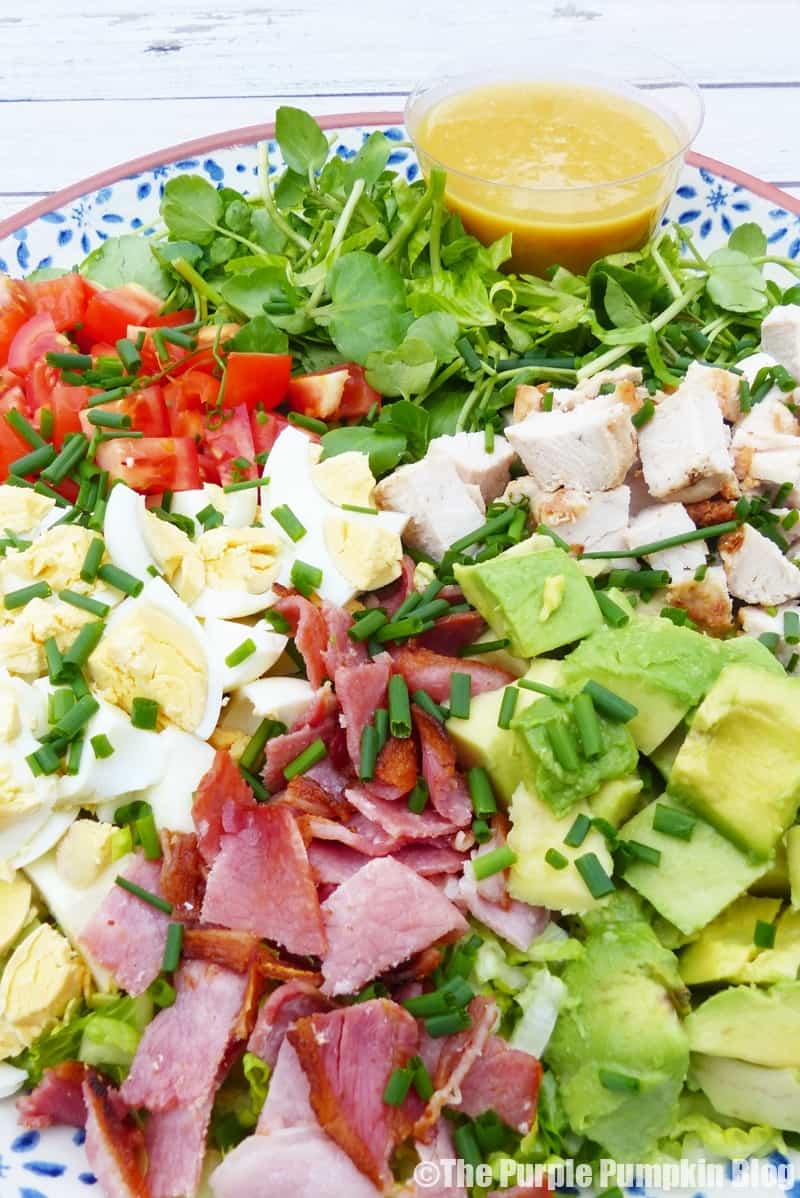 There is a little bit of history behind the Cobb Salad…

The Cobb Salad was invented when the owner of The Brown Derby, near the famous intersection of Hollywood and Vine. Robert Cobb raided the fridge at his restaurant –  seeking a midnight snack for the theatre magnate Sid Grauman. A salad born out of leftovers in the kitchen was so good, that it was put on the menu!