Where Can You Meet Disney Characters?

Home » Everything Disney » Where Can You Meet Disney Characters? 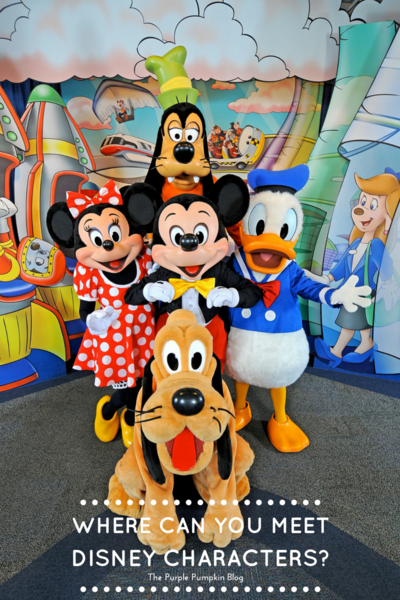 We love pretty much everything about our family holidays to Walt Disney World, but if there is one thing we really love to do, is meet Disney characters! It doesn’t matter what age you are – meeting the characters is a lot of fun, and makes for a great holiday photo and memory!

There are two ways you can meet the characters at Walt Disney World:

Check out the Disney website which will give you the most up to date and accurate information.

A long time ago, you would find characters walking around the theme parks, this sadly does not happen any more, so you will have to line up for them. Some locations have got the option of FastPass+ and I highly recommend this, as the lines will be long! Here is a list of the current character meet & greets that have a FastPass+ option:

Now, if you don’t manage to get a FastPass+ for Mickey and pals, you can meet them at several other locations, and you can meet Ariel and Cinderella at some character dining locations, but Anna and Elsa, Rapunzel, and Tinkerbell can only be met at the locations mentioned, so if your children (or you!) want to meet them, make sure you book those FastPass+ spots!

Not listed on Walt Disney World’s website, but we have also met the following characters at theme parks:

And don’t forget, at special events like Mickey’s Not So Scary Halloween Party, you can meet rare characters like the Disney Villains! We did have the opportunity to meet them at Disney’s Villain’s Unleashed in August 2014, but the lines ran to 3 or 4 hours long, and we were not prepared to wait! However, my son did manage to catch a a photo with a couple of Storm Troopers!

I hope this will help you to meet the characters around Walt Disney World – who is your favourite?