I made dolmades as part of my Greek Cypriot Meze. Of all the dishes that I made for that meal, this is the one that takes the longest to prepare.

Dolmades are stuffed vine (grape) leaves – also called koupepia. A fair few Greek dishes are labour intensive – I’m sure it was a ruse by Greek men to keep women in the kitchen!! These are a labour of love to make and we love ’em! They’re made by rolling a stuffing of pork mince and rice in vine leaves, then boiled with a tomato stock. They can be eaten hot or cold. Mine passed the ‘dad taste test’ so I know they’re good!

I prepared these a little differently this time around to how I normally make them. I would stuff the vine leaves with a raw mixture, but my dad said that the last time he was in Cyprus his auntie made them by cooking the stuffing first. I didn’t notice much difference in the flavour – the bonus being you can test the meat seasoning first before stuffing the vine leaves! 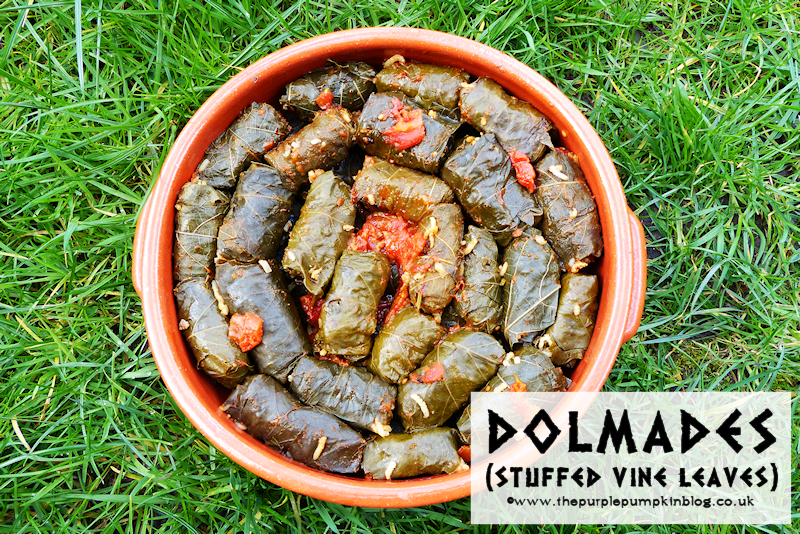