This recipe for homemade Doner Kebabs is really easy to make, and for the same price of maybe one doner from a kebab van or shop, you can make enough for the whole family!

There are lots of different recipes online for homemade doner kebab – I basically looked at several and tweaked to my family’s flavour preferences. 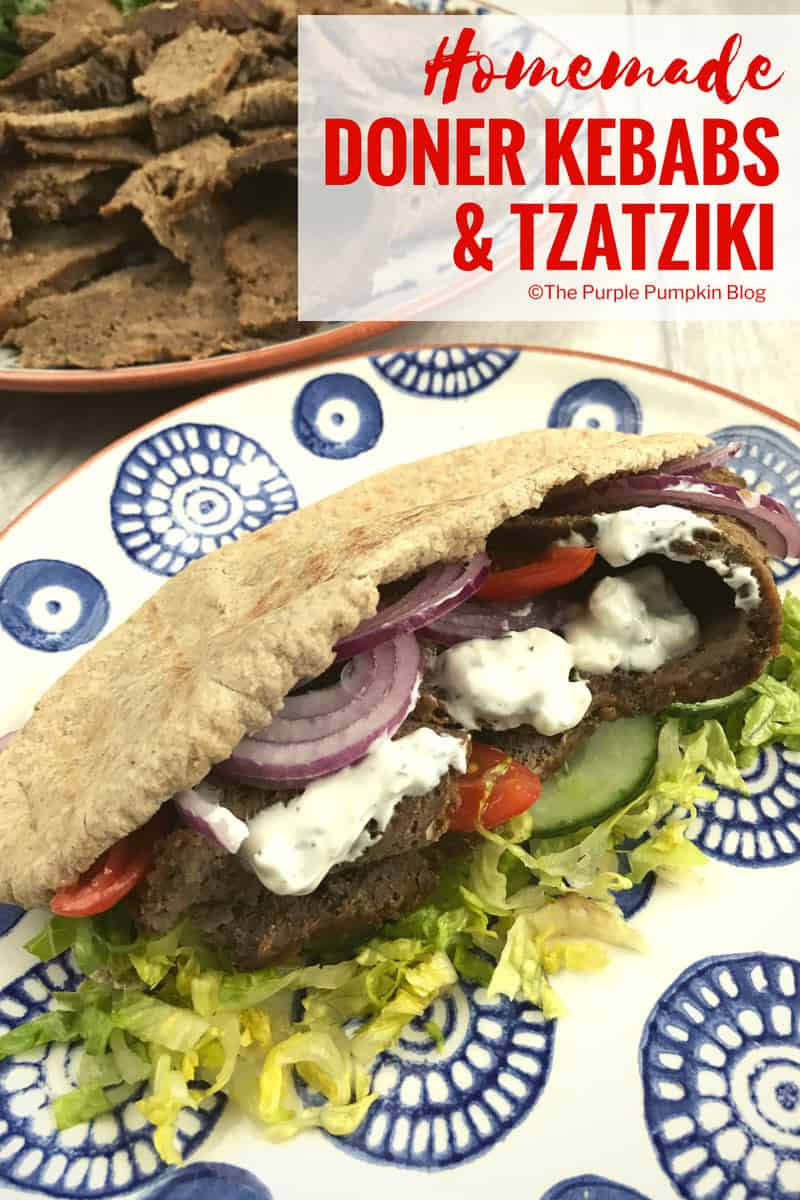 Doner kebab is a Turkish kebab, made of meat cooked on a vertical rotisserie. Seasoned meat stacked in the shape of an inverted cone is turned slowly on the rotisserie, next to a vertical cooking element. Related/similar dishes are sharwarma (Arabic) and gyros (Greek) – Wikipedia

In the UK they are a popular takeaway food – especially after a night on the town. The meat is stuffed inside a pita bread, with chilli sauce and salad. People often joke that they have no clue what doner meat actually is, but it is usually lamb or beef – or a mixture of the two. How do I know? I know a man who runs a kebab van!

I actually didn’t have my first doner kebab until I was in my late teens. I am part Greek-Cypriot so doner kebabs are not a thing in Cyprus – souvlakia (or shish kebab) however, is. This is cubes of meat, skewered and cooked over charcoal. Served in a similar fashion with some salad, maybe some tzatziki, tahini or houmus. The salad can be as basic as some fresh flat leaf parlsey and onions (my favourite!)


This post contains Amazon Affiliate and other affiliate links. If you clicked the link then made a purchase, a small percentage of the sale price would be paid to this me. It doesn’t cost you anything more but it helps keep the lights on over here so that I can create more content! 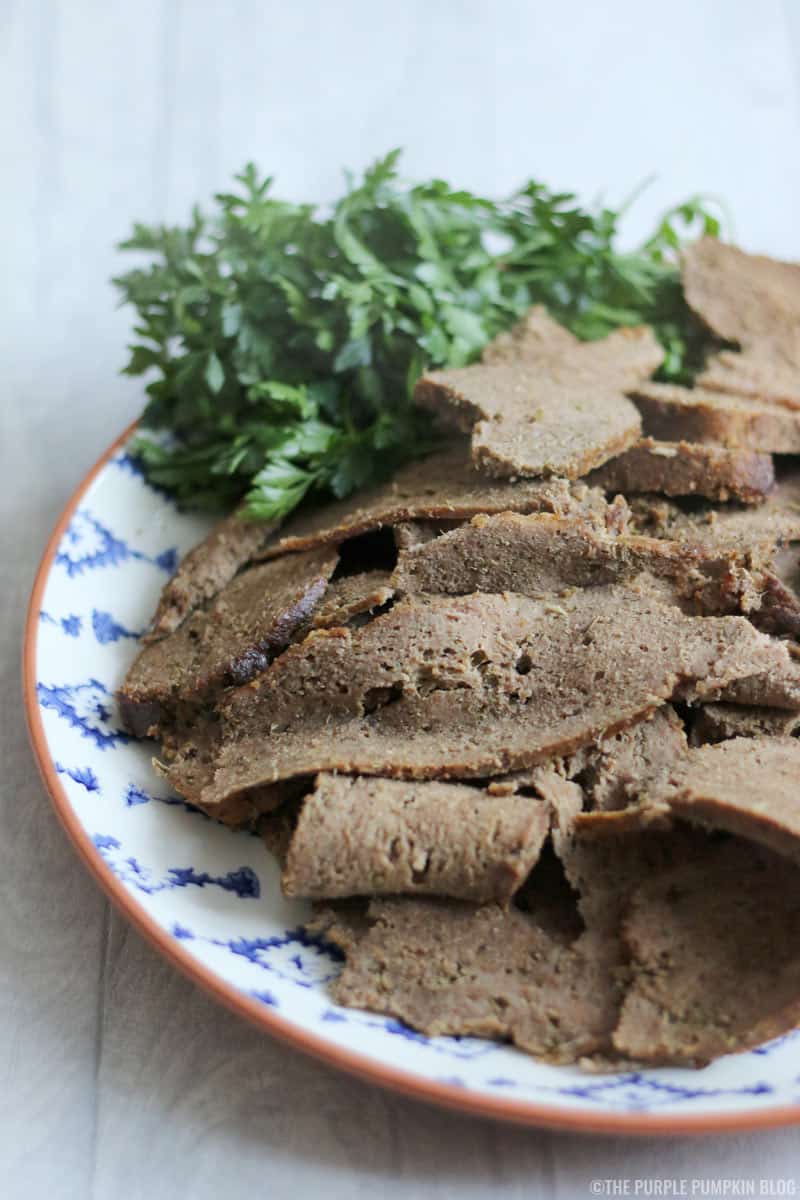 As I said at the top of this post, there are several recipes online and I tweaked to come up with my own herbs and spice mix as some included seasonings that we are not fans of.

I probably ended up erring on the Greek-Cypriot side of flavours since that is my heritage! Similarly, topping with some delicious tzatziki (a yogurt sauce) is definitely a Greek-Cypriot thing.

I used dried oregano, dried mint, ground cinnamon, ground cumin, garlic and salt as the seasonings for the meat – which was minced lamb.

Everything is mixed together, formed into a loaf shape, and wrapped in foil. It is then cooked for around half an hour and then popped under the grill to get a nice crust to the outside. (They are the best bits when you get a kebab!)

Once cooked, allow to sit for ten minutes, and then using a very sharp knife, cut into thin slices along the longest edge.

Then pile into warmed pita bread with salad, and a dollop of tzatziki (recipe below). I like a squeeze of lemon juice on my kebabs too. 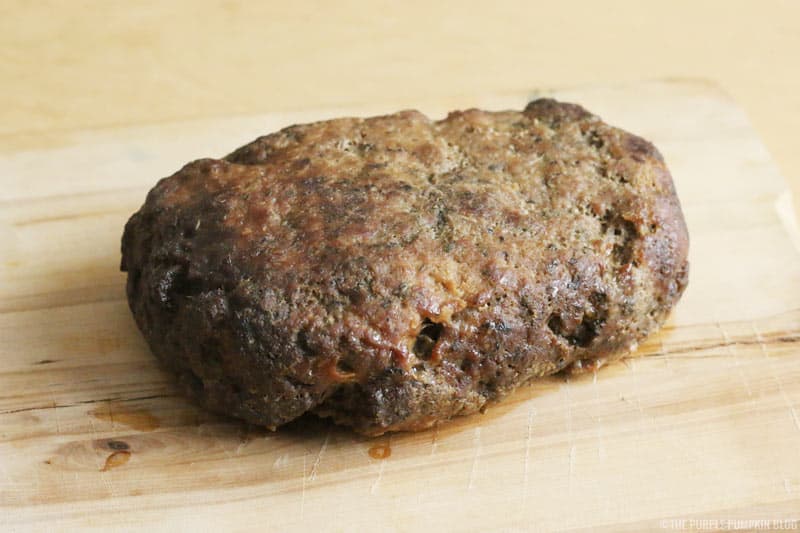 For The Doner Kebab

For The Doner Kebab

Fancy having a try at making your own pita bread? Check out this post where I also show you how to make Cypriot Souvlaki too.

Please feel free to share this Homemade Doner Kebabs Recipe by using the social buttons at the bottom of this post!

Don’t forget that you can also join The Pumpkin Patch for member exclusive freebies, offers, and more.

Follow The Purple Pumpkin Blog posts on Feedly or on Bloglovin’ so that you don’t miss out!