I saw this funny (and gross!) game on Pinterest and when my husband suggested we do this game (before I told him about the pin) for my sister and brother-in-law’s Pink Flavoured Baby Shower, I knew it had to be done! I wasn’t too sure if this would go down well or not, but the hysterics that followed made me realise that yep, it was a good idea! 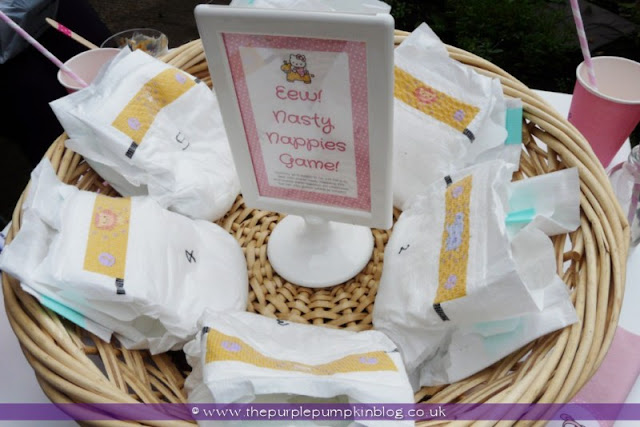 This game does take a fair bit of preparation as you need some baby nappies, I bought store brand to save on costs, but you could also make your own with paper napkins, much like these. You also need a bar of chocolate for each nappy that you have – I had 6 nappies to, ahem, fill. Can you see where I’m going with this? You need to then melt the chocolate inside each nappy, and people have to guess what the mess is!! Make sure you keep a record of which bar you melted in which nappy – I numbered my nappies.

Sounds gross? Yes, but oh, the hilarity!! Well worth taking the time to set this game up!

I created a sign and answer sheets, and when it was time for the game, I broke off pieces of chocolate and placed into each nappy. I then microwaved in short bursts until the chocolate was melted, and I could squish it all together inside…it’s best to get chocolate bars with various fillings! Oh, and be careful not to set light to a nappy like I managed to do…I think we left a bit of silver paper on -___- 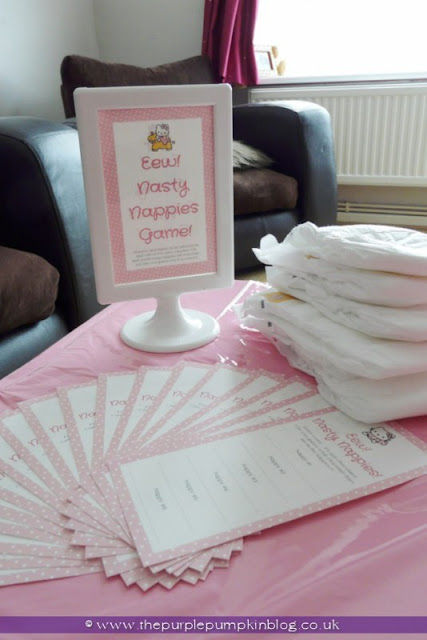 To guess the answers, players will sniff and examine each nasty nappy and write their answers down. You can then reveal which is which.

The photos from this game just amuse me so much, because I remember how hilarious this game was – everyone’s reaction, despite knowing that there was chocolate inside each nappy was brilliant!

Mummy and Daddy to be started proceedings…they’ll have to get used to this lol!! 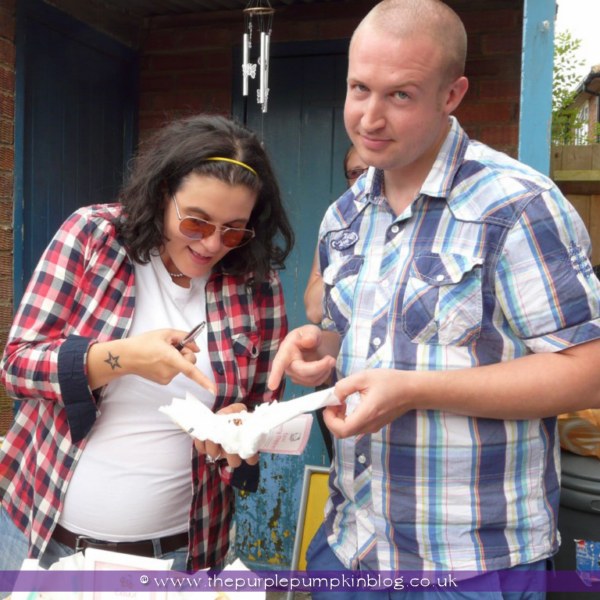 It was so funny how everyone had a good old look inside each nappy!

My mum especially cracked me up!

My brother, who always hams things up got right stuck in! You’d have thought there was actual poop inside the nappies with his reactions!!

My sis and friend working together to figure it all out!

Quite frankly, we know that is chocolate in this nappy, but it looks gross – and the fact that she tried a tiny taste to get the answer made everyone gag!!!