We had one last wander around, not much to tell, so I’ll just leave a few photos… 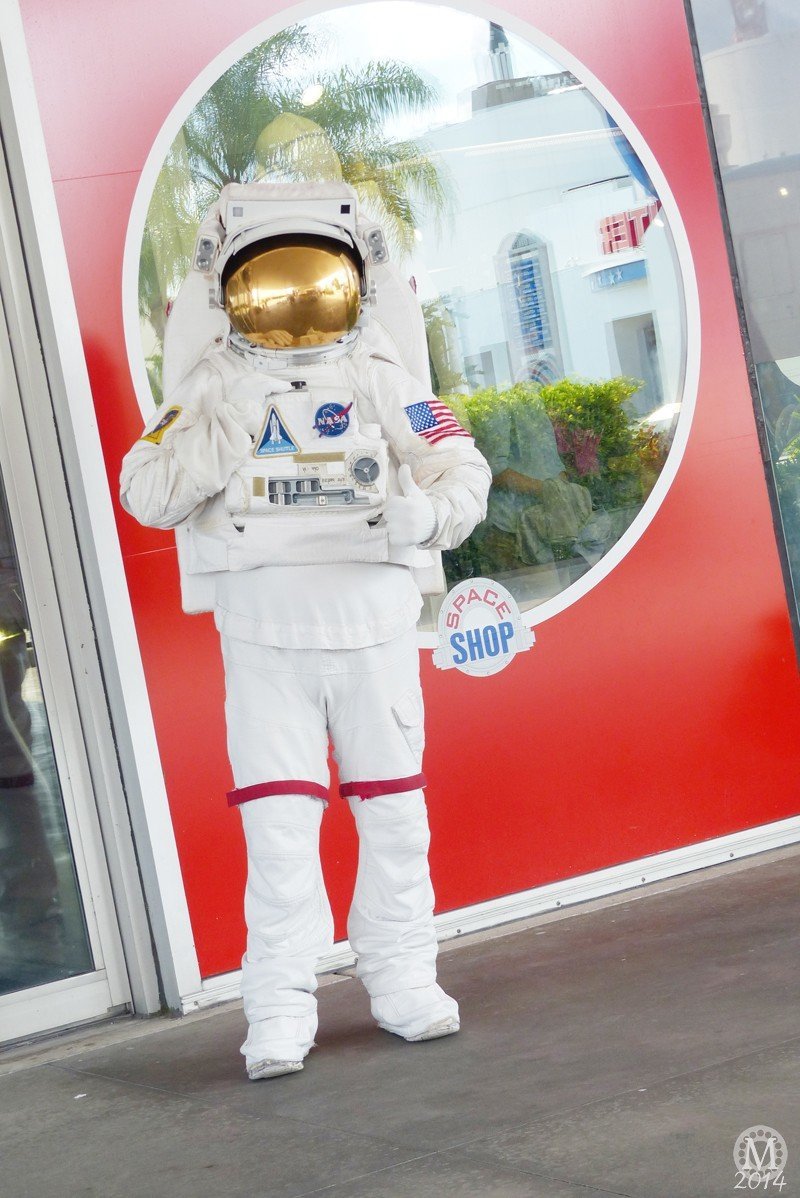 There is a lot to see and take in at Kennedy Space Center and I’m gutted, looking back, that we didn’t get to go into the IMAX® Theatre as I bet that was pretty amazing. I’m also gutted that my inability to stand for long or walk very far on this day meant that we didn’t tour as much as we could have done. We would definitely go back though, and I may have to pencil it in for our next trip out to Orlando!

I enjoy driving out in Orlando, and the journey home to Old Key West was fab – the clouds looked awesome (it’s another random thing that I love about being on holiday there!) so I naturally asked hubs to take some photos of the views!

Once back at our resort, we showered and changed to go out for the evening to Disney’s Yacht Club Resort and our Advance Dining Reservation at Yachtsman Steakhouse. From what I remember we were quite late for this reservation – we’d got the time wrong in our heads, but fortunately, we didn’t get charged as a no-show, and were shown to a table quite quickly.

A steakhouse means one thing – steak! My son who switched from eating all the burgers last trip, seemed to want to eat all the steak this trip! He even took a photo of the meat display to put it up on Facebook!

We were shown to our table which was by the window (and would give us a view of Illuminations: Reflections of Earth later in the evening) and provided with a basket of bread, with some butter and a bulb of roasted garlic. I wish I could remember what the bread was, but my notes were seriously lacking this year, but I do remember being able to make your own garlic bread at the table being lush!

We made our meal choices, and between the appetizers and the entrées, we were able to see the fireworks from Epcot.

My salad was fresh and tasty, and I purposely had a light starter to save room for my steak! I’m guessing by the name “The Land” that the ingredients come from Epcot?

The lobster bisque that Steve had was delicious and creamy, with a little piece of lobster sat in the bowl too.

The charcuterie boards (and the cheese plates) at the signature restaurants are pretty special. If we ever do DxDDP again, I’d make sure we try out a few more of them! Liam chose this because there was nothing else he really wanted, and I guess that is one of the downsides of DxDDP is feeling like you have to order something. But between us, we finished this off!

He received a card with details about all of the items on the board which I think is a great idea. They do this with the cheese plates too.

Chasseur Pâté – Also known as “Hunters Pâté”, produced from suckling pig and accented with pistachio and apricots throughout. Cooked in a rustic fashion, true to history.

Beef Merguez – This is a fresh sausage traditional in Northern African Cuisine. It is made of all beef and heavily spiced with cumin, chili, garlic and fennel.

Country-Style Sausage – Made from an all-natural Berkshire Pig. It is garnished with sweetbreads, fatback and suckling pig. It carries notes of grains of paradise, allspice and juniper. Pairs perfectly with our cherry compote.

Served with Pumpernickel and Bread and Butter Pickles.

Hubs and I shared the porterhouse (of course!) and the steak was sooo good! Cooked perfectly and very delicious. The potato gratin was lovely, but I wasn’t a big fan of the sides which were creamed spinach (this just tasted horrid), sautéed mushrooms which I thought tasted weird and caramelized onions which were okay. Maybe my taste buds were off, but Steve thought they were fine.

Liam’s steak came with a baked potato, but he asked if he could switch to fries, which they were happy to do. There were no vegetables with the dish, so I ordered some green beans on the side for him (extra cost, $8). I don’t think we’ve had a bad steak yet whilst eating out in Orlando, and the steaks at Yachtsman Steakhouse were no exception.

We all had coke with our dinner (we’re not really alcohol drinkers) and upon seeing some children at another table with a Mickey straw, I promptly asked for ones for us too! The waiter delivered…

We all went for light desserts, pretty full after a 3 meals today!

The Boy: Ice-Cream – Trio of ice-creams with whipped cream ($10)

The cherry gelato on my dessert was lovely, but the cheesecake was rank – it was so cheesy and not what I was expecting at all! I guess I just read it as being a little cheesecake not an actual cheese cake (said in Peter Kaye’s voice! )

Steve passed the coconut tuile onto me as he doesn’t do coconut, and we can’t remember the flavours of the sorbet that he had. He ate it all though!

Finally, Liam not really wanting anything on the menu for dessert, the waiter offered to do him a bowl of “adult” ice-cream – chocolate, strawberry and vanilla by the looks of it, with whipped cream and sauce.

And so ends day 6 of my Dine Around Disney 2014 trip report. I do not want to leave such a huge gap between writing them up as I have done over the past few months. Life and stuff got in the way, and I just haven’t found it in me to write about this trip, but I am aiming to get the rest of the report written as soon as I can!