We were supposed to be hitting a water park today, but there was a change of plans, and we ended up doing not very much! The day started with Steve and I (we Liam left home in bed – typical teenager!) going to take yesterday’s hire car back to Disney Car Care to swap it for our new rental (and what would remain our car for the rest of our holiday). We handed back the keys, signed new paperwork, got new keys for our Toyota Camry and headed back to Old Key West.

On the drive back to the resort, I go to overtake some dude to take the exit coming up…only, I was going a little bit too fast and suddenly saw the sheriff’s car, and the flashing lights, and then the horror that I realised I was being pulled over. Cue huge fat tears from me for being so stupid (I never speed in the US!) and because I’d already been having a bad few days emotionally as it was. The police officer was very kind and told me not to panic, but that I was speeding and could he have my driving license, which I handed over (both parts). As he walked back to his car, I was sobbing to Steve, saying how I’d ruined the holiday and I might as well just go home now (totes emoshe I’m telling ya!) and the longer the officer was in the car, the more convinced of a huge fine would be coming my way. Luckily, he just issued me with a warning, and advised that if I was to be caught speeding again then I would receive a fine. Duly noted, and from then on, cruise control was on for pretty much every journey! 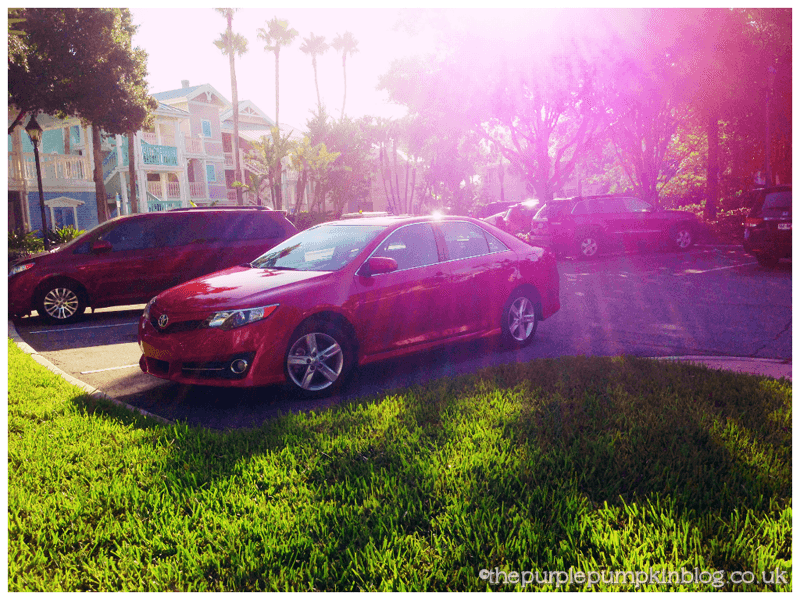 We picked Liam up and made our way over to Animal Kingdom Lodge for our breakfast ADR at Boma – Flavors of Africa. We had dinner here last trip and the food was really good, so we were hoping that it would be the same for breakfast. 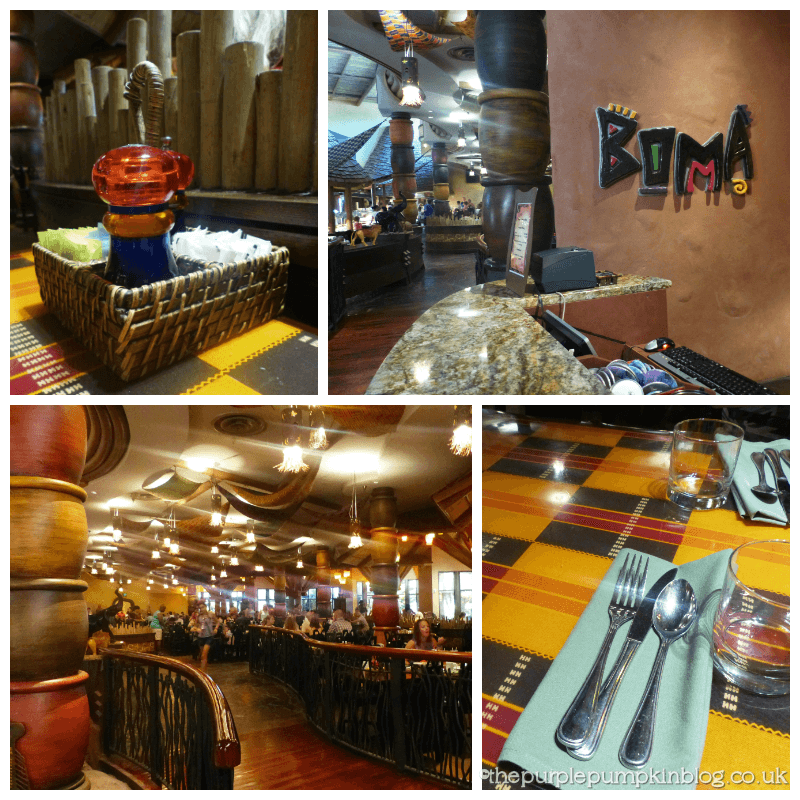 When it comes to a buffet on the Deluxe Disney Dining Plan, you are entitled to one full buffet (all you care to eat) and one non-alcoholic beverage (usually refillable) for one credit per person.

It was busy when we went in for breakfast, so I don’t have as many photos of the buffet as I would have liked, but here are a few… 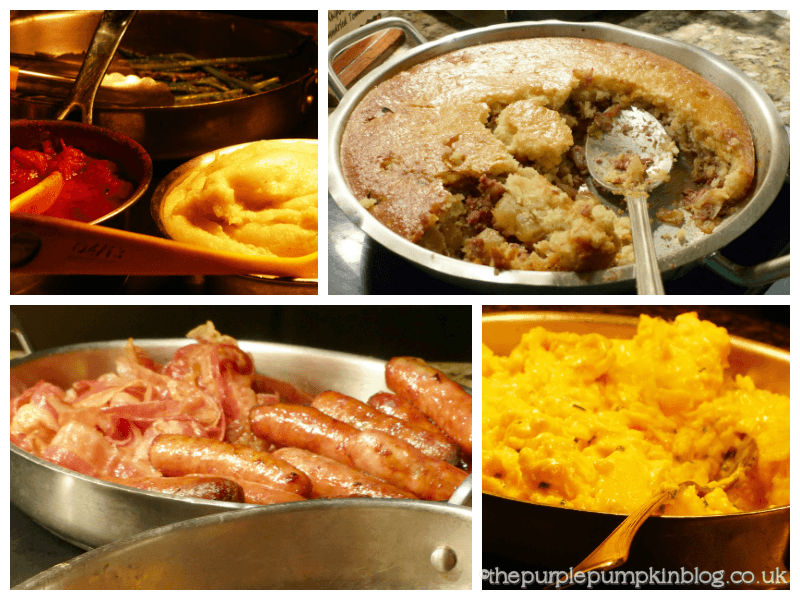 As well as usual breakfast fayre – bacon, eggs, sausages, biscuits and gravy, there are other African delights like bobotie (one of my personal favourites!) which is corn beef, eggs, cream, potato. There is also a carving station with ham and a couple of different sauces to go with.

There is oatmeal, quinoa porridge and something called pap which is white cornmeal porridge with toppings like cinnamon and brown sugar.

There is a delicious baked goods selection with bagels, croissants, pastries, muffins, doughnuts etc. I really liked the yoghurt, granola and dried fruit/nuts selection. There is also fresh fruit and regular cereals like fruit loops and rice krispies.

Not only can you get Mickey waffles here, but there are also Simba waffles too! Would be rude not to have one of each!

We all really enjoyed the breakfast here and would definitely come back.

Animal Kingdom Lodge is just gorgeous – I love all the detail and design of the place, and there are several light fittings that I really love to be able to take home!

We’ve been to AKL before and I was blown away by the luxury feel to the lobby – the chairs are so comfy to lounge on and I would love to stay here one day!

Of course, we had to pay a visit to the resort store, where I bought the pumpkin decoration, I think it was $30? I asked about the Halloween sweets to see if they were a snack credit, but we were told no as they are more than one serving in the bag. However, we learned later in our trip that they were a credit. So yes, we did buy some, but that’s into the second week of our hols!

I spied Pumpkin Mickey cookies, so naturally, because they are pumpkins, I had to buy one to bring home!