I phoned Hospitality House this morning to find out the best way to get to Disney’s Beach Club for our breakfast Advance Dining Reservation at Cape May Café. The Cast Member said the best way was to take a bus to Downtown Disney and then another one to the Beach Club. As we were all up early, with more than 2 hours before our ADR time, we decided to make a move straight away so that we wouldn’t be all rushed and stressed. Oh how wrong we were… 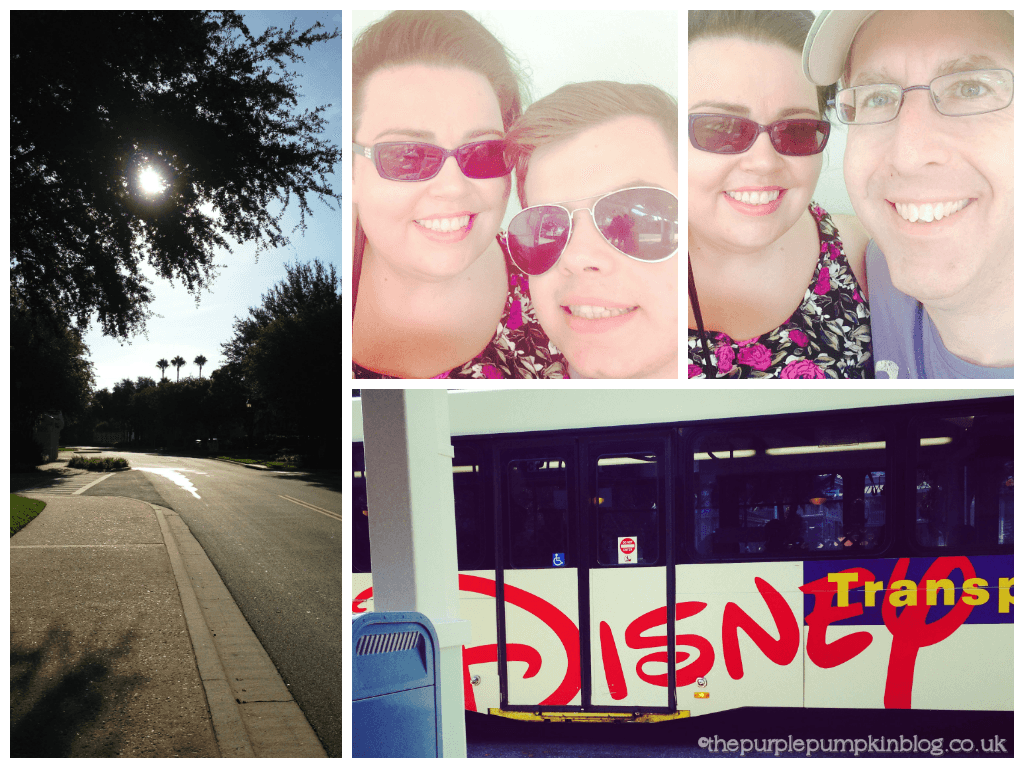 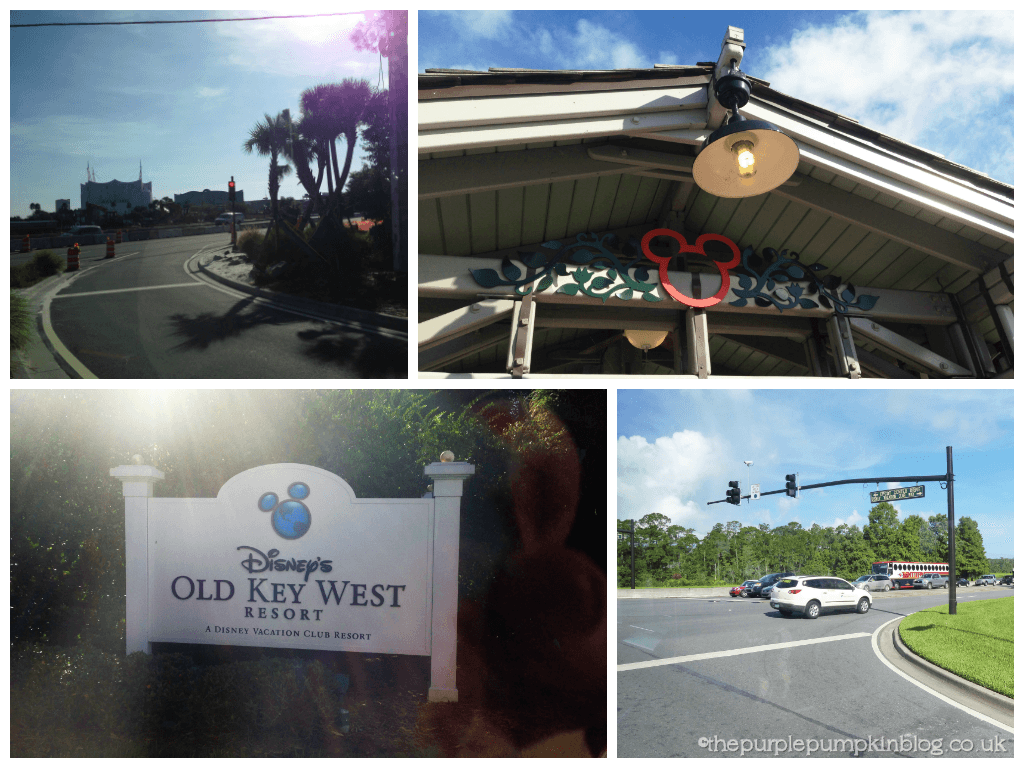 Having to leave 2 hours before an ADR to allow time to get to said venue is clue number one, that buses are not for us. But we wanted to at least try and embrace the Disney transportation – we were staying onsite after all!

We sat at the bus stop, just a few minutes walk from our room, and waited for a bus to arrive. Eventually, (20 minutes later) one with “Downtown Disney” pulled up and began to make its way around to the other bus stops on the resort. Another couple got on, and we were soon at the resort gates. The bus driver then announced that the bus was going to Animal Kingdom – to which we all called out saying that it said Downtown Disney on the front. He didn’t seem to care about this fact, and just turned the bus around, back to the Hospitality House stop. So we got off the bus and waited again for the correct bus and we were then on our way – about 50 minutes after we first got to our bus stop at Old Turtle Pond Road!

Checking out his watch, Steve said we still had time to get to Beach Club, so panic didn’t quite set it – exasperation had though! We waited at Downtown Disney for a bus – every other resort bus seemed to come along, but then it was our turn, which was also stopping at other resorts, including Swan and Dolphin. 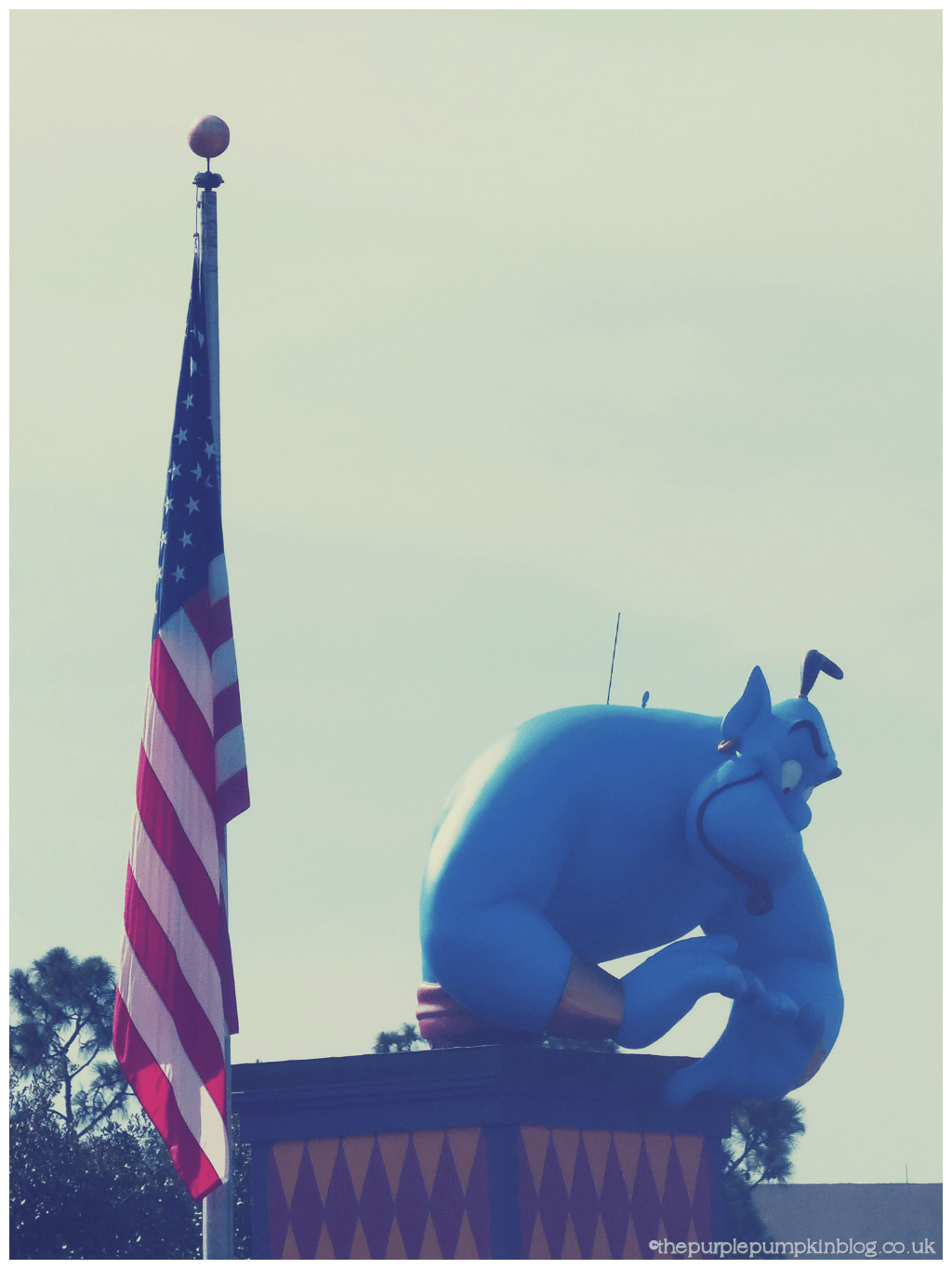 At this point I said to Steve that I wasn’t sure I could deal with Disney buses for another two days, and that when we were home, could we organise to pick up the car earlier. To which he agreed.

We pulled up at Beach club at 10:15 – nearly 2 hours after we left Old Key West – we were not happy bunnies let me tell you! We had to wait about 10 minutes for our table (although, I wasn’t sure why as there were lots of empty tables!) and then were shown in.

This was the first time we had been to Cape May Café, and it was a character breakfast with Minnie Mouse, Donald Duck and Goofy. Character interaction was quite quick here, but we got our photos and autographs.

Not only did we have a horrid journey to the restaurant, but we also had a less than enthusiastic server, and the buffet seemed to be on a wind down as well, so all in all, our experience here was not a particularly good one. It felt like she was doing us a favour by serving us, and she kept us waiting ages for refills and for the bill at the end of the meal. To that end, she got a $10 tip which was under the 18% suggested. We were going to say something to the front desk about her, but by the end, we just wanted to leave!

However, I will go through the buffet and tell you about some of the breakfast items on it… a selection of cold meats, cheeses and smoked salmon, as well as fruit, granola and yoghurt. Your usual baked goods and pastries, as well as French toast with toppings like whipped cream, bananas and chocolate chips. Mickey waffles are a staple at probably every Disney breakfast, as are things like bacon, eggs, biscuits and gravy, sausages and breakfast potatoes. There was also a scrambled egg mixed with chorizo which was quite nice.

When it comes to a buffet restaurant on the Deluxe Disney Dining Plan, you are entitled to one full buffet (all you care to eat) and one non-alcoholic beverage (usually refillable) for one credit per person.

We had originally planned to go to Epcot today as we had some Fastpass+ booked, but, Liam wanted to go in the swimming pool (he was missing having his own pool at the villa like we would usually have!) and so we decided to head back to Downtown Disney to do a little shopping, then have a bit of a chill out day.

Our first port of call was Days of Christmas so that I could buy our now traditional annual Christmas decoration! Along with seeing what was new, and what Halloween goodies were on sale already.

We bought the red 2014 Mickey bauble above, as well as the Mr & Mrs Potato Head below to add to our Disney Christmas ornaments collection. Looking at these pictures, I so wish I’d bought the glass teapot with Alice in Wonderland inside.

I didn’t go too mad here this year, and we spent $93.46 in total. The perk of onsite, which we really loved, was being able to send stuff back to our room, so we made use of that instead of carrying everything around with us.

Some Halloween decorations were out too, so I bought some Nightmare Before Christmas figurines, and was waiting to make my decision about some of the other things. Most of the Halloween stuff can be found around the theme parks and at resort stores, so I wasn’t in a rush today. I did eyeball the pumpkin though, and I’m happy to report that I bought myself one to bring home!