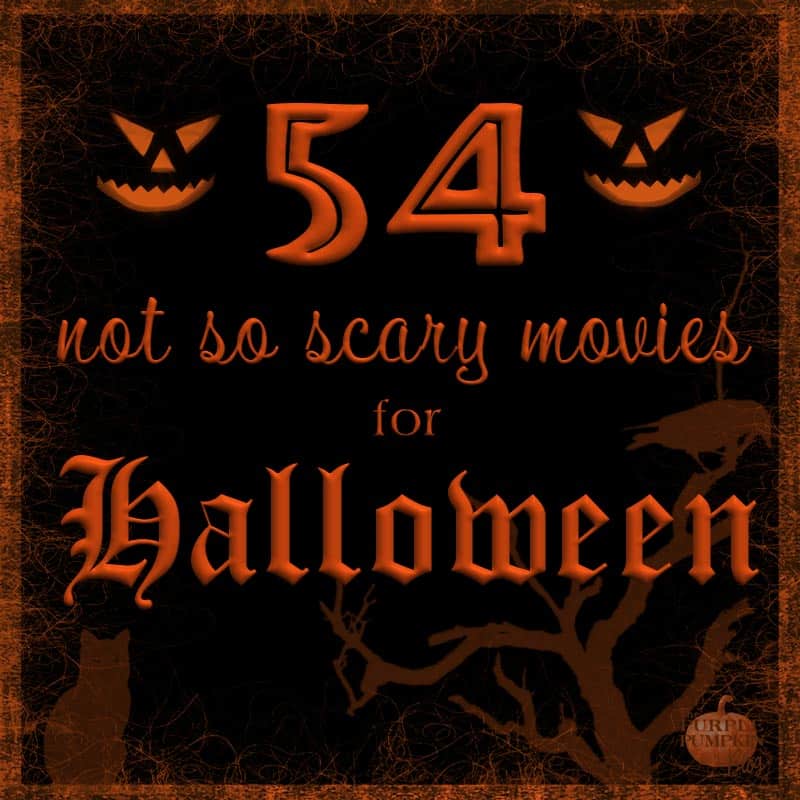 This list of 54+ Not-So-Scary Movies for Halloween is the ultimate list of films to watch this Halloween. With movies that are suitable for young kids, through to tweens and teens, and for adults who aren’t fans of scary movies there will be a Halloween film listed here for you!

If you’re not planning on having (or attending) a Halloween party, why not pick a movie or three, grab some treats and settle in for a night of Not-So-Scary movies!

Affiliate Disclosure
I have included affiliate links to useful products and services related to the topic of this post.
This post contains affiliate links, and I will be compensated if you make a purchase after clicking on my links.
As an Amazon Associate, I earn from qualifying purchases.
Read Full Disclosure Policy

I originally compiled this list back in 2013, and there have been a LOT of movies since then! To that end, I’ve updated this Halloween movie list so there are now more than the original 54 films to choose from.

Now, when it comes to horror movies, I’m a big old scaredy-cat, so you’re not going to find the really scary, gory movies on my list of Halloween films!

There are movies for kids, for tweens, teens, and grown-ups – a Halloween movie for all the family. I’ve not categorized the films into ages as everyone is different, and you know your children and your family best as to whether the film is suitable for them to watch.

I have included the rating and synopsis of each movie as described on IMDB or Amazon. Where I have listed 2 film ratings, this is because I found a conflict, or the US/UK ratings were different.

*Return to Oz, in my humble opinion is not a cute movie for kids! I’m an adult and there are parts of that movie that give ME, a 43-year-old the heebie-jeebies!

I realise some of these may be a little on the scary side, but honestly, if I can watch them on my own, then they’re not-so-scary – I really am a horror movie chicken! As I said at the start you know your family best as to what Halloween movies they should watch, so pick the ones that are most suitable for you and yours.

I hope you have a fun Halloween movie night!