What’s the Difference Between the Two Universal Orlando Parks?

There are two theme parks at Universal Orlando – Universal Studios and Islands of Adventure, both are fun, exciting and packed with rides and attractions! 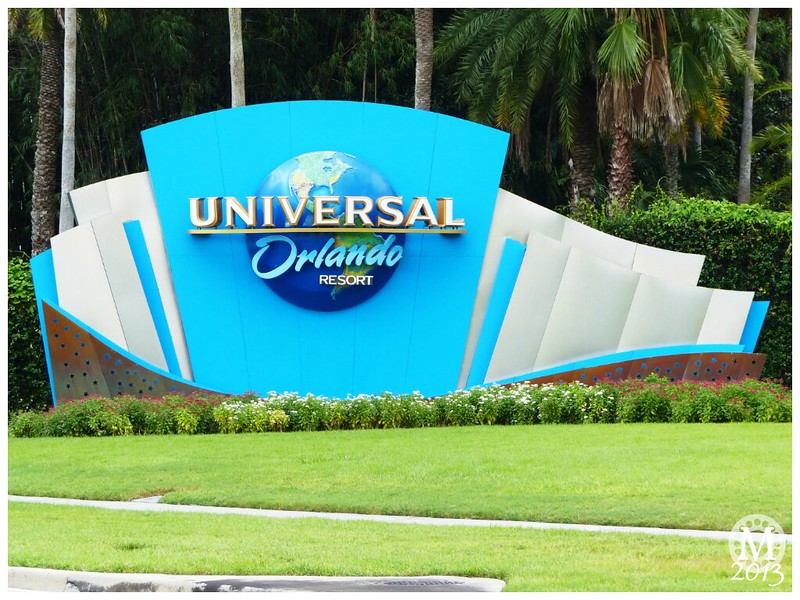 I hear you asking…but what is the difference between the two Universal Orlando theme parks and which are better suited to me and my family? Well, that’s what I am going to answer with in this post!

I think the easiest way to describe the difference between the two is that Universal Studios is where you can ride the movies and TV shows, and Islands of Adventure is where all the fantasy and thrills are.

I used to say that Islands of Adventure is where the Wizarding World of Harry Potter was. However, since our last visit, an expansion has been built at Universal Studios linking both the parks together with the Hogwarts Express – how cool is that? So in addition to my initial difference description, Universal Studios now has Diagon Alley, and Islands of Adventure has Hogsmeade.

We are not visiting Universal Orlando this summer, focusing all our time being in the Disney bubble! You can read my pre-trip report Dine Around Disney 2014 to read about our plans! With all the photographs of the lines I’ve seen of Diagon Alley, I’m kinda glad we’re giving it a miss this year – but can’t wait to see it on our next trip! 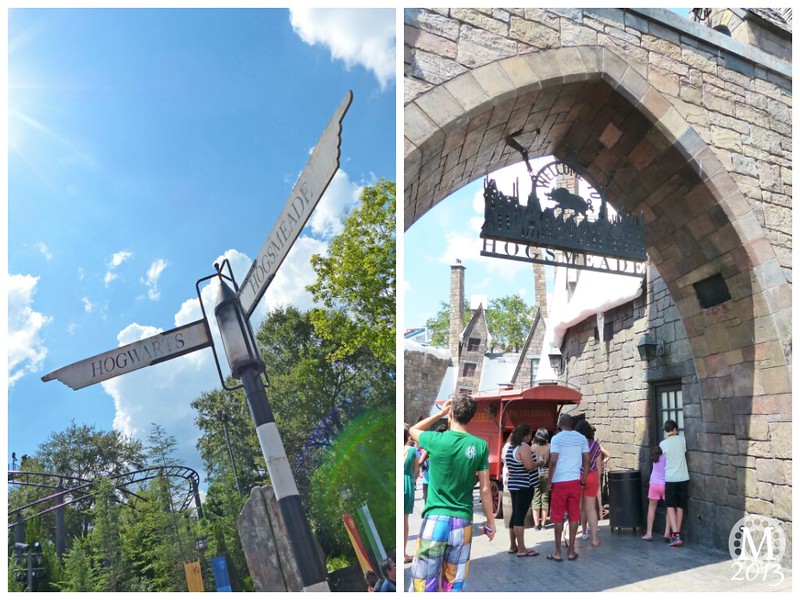 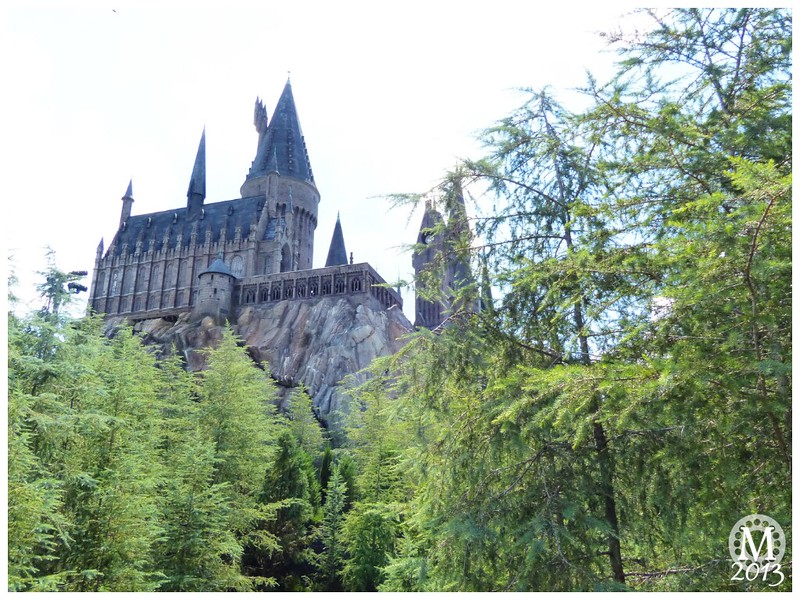 If you’re after the big thrill rides, it’s Islands of Adventure for you, and if you’re after a more milder experience of rides and attractions, Universal Studios is the place for you to head!

However, there is no real reason to pick one over the other when it comes to the money factor. Tickets for Universal Orlando are sold as a park-to-park ticket, which means you can visit both parks on the same day – brilliant! This is something we’ve done in the past as it’s easy to walk between the two, and now with the added fun of catching the Hogwarts Express (although, expect long lines at the moment due to it being new) you really can have the best of both worlds! Both of the theme parks are reached from CityWalk – Universal Orlando’s entertainment district filled with nightclubs, restaurants, shops and cinemas.

When it comes to my family of three – my husband, my teenage son and myself, we love both parks for various reasons, which you may think is a cop out answer, but it’s true! There is something amazing about seeing the movies, TV shows and comic book characters come to life at both of the Universal Orlando parks!

Definitely the park for those who are not as keen on the big thrill rides. That’s us as a family – although, one day I will be brave enough to go on The Incredible Hulk Coaster® at Islands of Adventure – and I will be dragging the boys on with me!!!

For Universal Studios, head to the right and when you see the giant globe, you will know that you are nearly there! You then pass under the arch and your movie adventure begins! The park is split into 6 zones – I’ve also listed the rides and attractions in each zone.

We love TRANSFORMERS: The Ride-3D which is a thrilling dark ride seeing you on the frontline of an intergalactic war! You can even meet the Transformers! They’re pretty scary, especially Megatron, so be mindful of little ones!! Although, you can also watch Universal’s Superstar Parade featuring characters from Despicable Me!

Twister…Ride It Out ®, Revenge of the Mummy®, The Blues Brothers® Show

My husband as ridden Revenge of the Mummy® and said it was very good – goes very fast! I stayed behind with my son a few years ago as he really didn’t want to go on it. I think he’d ride it now that he’s a bit older though!

If you’re a fan of the movie, The Blues Brothers® Show is excellent – it’s quite informal, dancing on the streets to the music – so make sure to shake your tail feather!

This area used to be home to the iconic Jaws ride, which we went on, on our first visit to Orlando back in 2011, however, it’s since been removed to make way for Diagon Alley. The giant shark remains though, so make sure you get a photo with him!!

I personally really enjoyed Beetlejuice’s™ Graveyard Revue, but then, I love musicals! This would be a great show to see around Halloween – in fact, Universal Studios has an event at that time of year – Halloween Horror Nights. It’s not for the feint hearted and is an extra ticketed event. I would like to go one year and be scared the pants off of!!! Last summer they had already started setting up some of the displays and props, as fans of The Walking Dead, we were all excited to see several areas with props from the show!

The Universal Orlando’s Horror Make-up Show is not too scary, but there is some [fake] blood and gore! There is also audience participation ;) Don’t worry – no harm comes to the audience member!

Terminator 2®:3-D is another favourite of ours (it’s one of my favourite films!) We love the combination of 3D and live action -a must watch for any fan of this film.

Our favourite part of Universal Studios is Springfield, USA; the home of The Simpsons! They added a lot of new features to this area in the two year gap we had between visits, and it is AWESOME!

You can eat at Krusty Burger, drink a Flaming Moes and even meet some of the characters. Of course, you can also ride along with The Simpsons as they visit Krustyland in 3D simulator with 80 foot screens! It’s one of our family favourites.

The Simpsons Ride™ used to be home to the Back to the Future Ride, and you can still see the Delorean, the time travelling train and meet Doc. We are huge fans of this movie and it was fun to discover this section which I’m sure wasn’t there on our first trip!

Since we don’t have young children, we haven’t explored this area much, but there does seem like a lot to do for those with little ones. We did go on the E.T. Adventure® which was fun, and if you’re a fan of the film, it’s worth riding!

As I said at the top of this post, Islands of Adventure is all about the thrills and the fantasy. The park is again divided into different areas, and it’s probably easiest if I go through each one and tell you about what you can find! You enter the park at The Port of Entry, where you’ll find places to eat and shops to buy souvenirs, it is then either right to Seuss Landing™, or left to Marvel Superhero Island®, if you’ve got little ones, head right, if you want to hit up one of the major thrill rides, go left!

Despite never going on it, The Incredible Hulk Coaster® is my favourite coaster! I just love watching it go round, and upside down…I’ll be brave enough one day! This is the area to go to if you or your kids love the Marvel Superheroes – you’ll find them all here, and some even come out to do meet and greets. The Amazing Adventures of Spider-Man® is one of our favourite rides at Islands of Adventure – we must ride it several times when we visit!

In this cartoon themed area, you’ll also find two water rides – a log flume and a river rapids. We have yet to do the Dudley Do-Right’s Ripsaw Falls®, but we went on the Popeye & Bluto’s Bilge-Rat Barges®, and well, they warn you that you will get soaked – and we really were! No one escapes getting wet on this ride! Make it the last ride of the day so you don’t walk around the park soaked (although, there is a huge family drying machine which costs a few dollars nearby!)

The big ride here is Jurassic Park River Adventure®, where you may or may not get wet – depending on where you sit in the ride! It can be quite a scary ride for younger children and the drop is big!

The Wizarding World of Harry Potter™

Dragon Challenge™, Flight of the Hippogriff™, Harry Potter and the Forbidden Journey™

We have yet to go on the Forbidden Journey ride, but we did manage to get on the Flight of the Hippogriff™ which is a small rollercoaster – but it does whip around fast!

You can also pop into several of the shops that you’ll recognise from the books and the films, including Ollivander’s Wand Shop, Zonko’s and The Three Broomsticks where you can try a Butterbeer. You can also buy bottles of Pumpkin Juice from carts in the street – my favourite!

The only thing we’ve done in this area is walk through it, and eat at Mythos Restaurant®. That’s because on the days we’ve visited these attractions have been closed.

Caro-Seuss-el™, The Cat in the Hat™, If I Ran The Zoo™, One Fish, Two Fish, Red Fish, Blue Fish™, The High in the Sky Seuss Trolley Train Ride!™

A great area for younger children – it is bright and colourful with several gentle rides. Although, don’t be fooled by The Cat in the Hat™ ride, which does whip you around a fair bit!

I hope that my post about the differences between Universal Studios and Islands of Adventure now helps you to decide which park is the right one for you and your family. They both have great rides and attractions of varying thrill levels, and I really do think that there is something for everyone at both of the Universal Orlando theme parks.

Have you been to Universal Orlando? We can’t wait to go back!