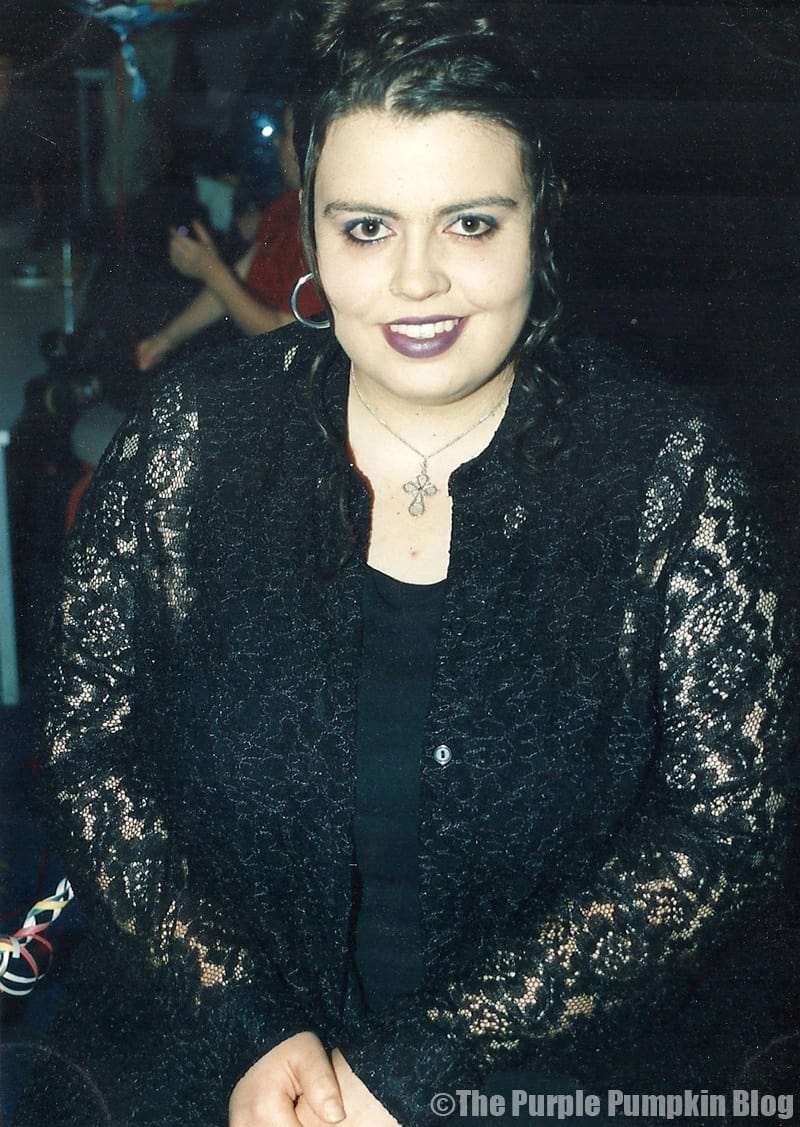 It was September 1997 and I was turning 21. I was working as a receptionist in a local hotel, and was carefree and single. To celebrate my birthday, we – my sister and friends, went to Butlins in Bognor Regis for the weekend.

My birthday fell on a Sunday that year, so I celebrated the whole weekend, mainly by going to the main clubhouse in Butlins and getting drunk!  The photo above was one taken by one of the photographers there, and so is the one below. Clearly going through my dark phases, all in black, and looking totally 90s! 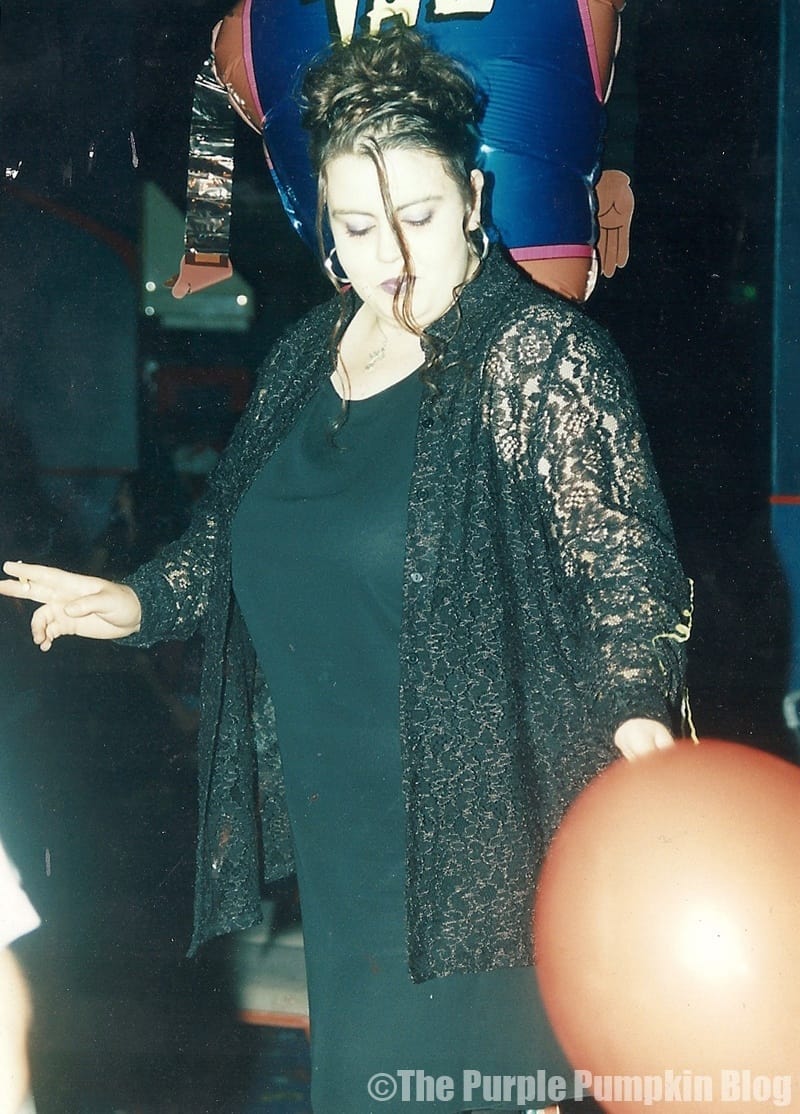 My sister had organised most of it. She and my friends left me behind in our chalet to get ready, where I also started on the snakebites (blackcurrant, cider and beer), the drink to get you drunk very quickly! When I arrived, she’d decorated the table and there balloons, party poppers and party hats – a throwback to my children’s parties! She’d also found photos of me from when I was younger, made them into posters, and had put them around too.


Back then, the only place to get cash was by cashing in a cheque at the reception, which was closed, so my best mate (Sharon), her then boyfriend (Mark) and my sister (Maria) went into town to get money from a cash point. Leaving me behind with another couple of friends, including Kelly, who was plying me with vodka after vodka. By the time Shas, Mark and my sister were back I was very drunk, which I’m pretty sure this photo points out! 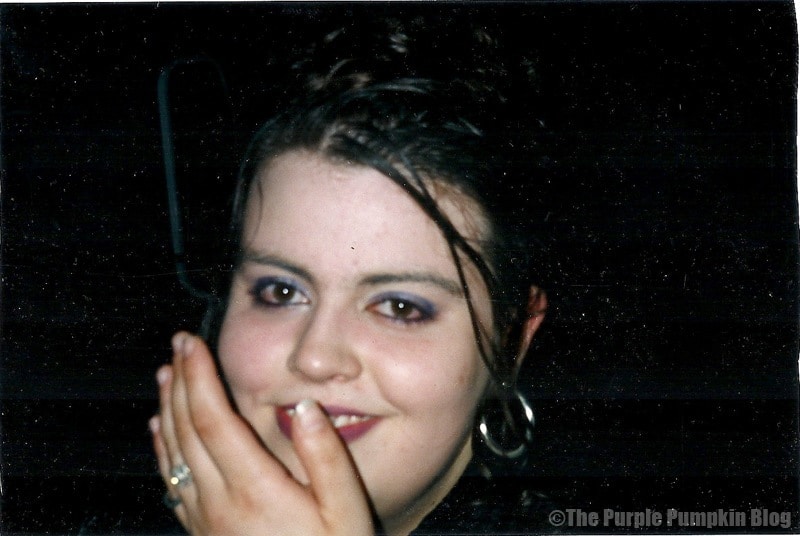 I remember the cabaret act was Keith Harris and Orville, which I thought was freaking hilarious, since I was 21 and celebrating with a green duck… because it was my birthday I got to meet him. That is winning life right there! I don’t seem to have any photos of that though, but I’m sure there are some, somewhere!

As the night went on, the drinking flowed, the dancing continued. I remember requesting Queens’ Don’t Stop Me Now to be played, and ended up falling over on the dance floor in a drunken state!

These next couple of photos are my favourites –  I clearly found something hilarious in the one with Sharon and Mark! I wonder what it was? The other photo is of me and my bestie, and we’re still friends to this day.

No birthday at Butlins is complete without a photo with a Red Coat, here are three that I had taken, clearly in different states of drunkenness, which is the running theme from this birthday. This was back when you could smoke inside too. FYI, I no longer smoke!

At some point in the night, we decided to get a burger – WORST. MISTAKE. EVER. After eating some of it, I immediately felt sick, and a champagne bucket was immediately thrust upon me to vom into.  Mark, Sharon and Kelly had the responsibility of getting me back to our chalet. I remember Mark having to hold me up because I could barely walk, and I was literally blind drunk and couldn’t really see – whoops.  I kept saying “Mark, I’m such a muppet, I’m sooooooooo drunk” whilst staggering all the way back.

Sharon put me to bed and asked me if I was going to be sick – the room was just spinning, and when I said yes, she shouted to Mark to get something else for me to puke into (classy) he came back with a baking tray. WTF? Remember this scene in Wayne’s World…? That is exactly what Mark did when he handed me that baking tray!

Like the good friends that they are, they made sure I was okay…then went back to party, whilst I slept off way too much booze.  I had the hangover from hell the next day…but hair of the dog and all that!

Once it came to going home, I couldn’t fit my giant Taz balloon (which you can see in a photo up there somewhere) in my car (a Nissan Cherry) so I released it into the air. I also remember having a nightmare drive going home, because, somehow, we ended up driving through London and kept criss-crossing across bridges trying to find our way out… idiots!

I had a very fun and funny time on my 21st birthday, and Sharon and I still have a good laugh about it! A few months later I would meet John, move in with him and have a baby – by the time I was 22, I was around 3 months pregnant, and it was a completely different birthday. Since that birthday, I don’t think I’ve ever been drunk again, and I’m now pretty much tee-total!