Been a while since I posted a low calorie recipe, and since I’m working my hardest to catch up on blogging, I thought I’d start with this dish that I made a month or so ago – Thai Tuna Fishcakes. At around 399 calories for the fishcakes with a side of stir-fried vegetables and noodles, this makes a nice, healthy lunch. The fishcakes on their own come in at around 220 calories per serving. 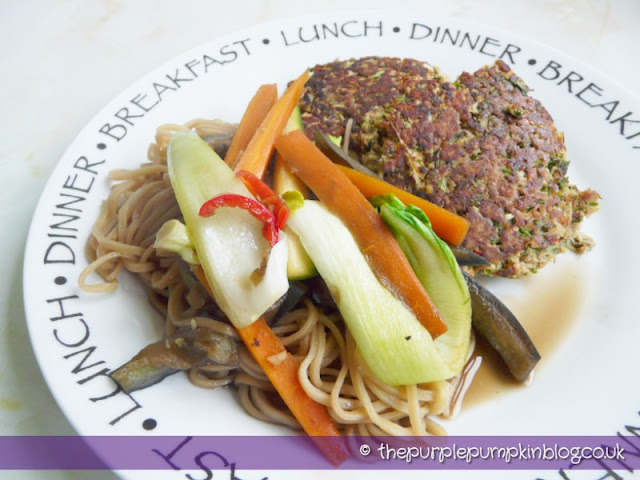 To make these Thai fishcakes you will need spring onions, fresh coriander, a red chilli, lemon grass, an egg, canned tuna and fish sauce. For the stir fry, I used carrot, bok choy and courgette (what I had in my fridge!) along with some red onion, garlic, oyster sauce and light soy sauce. I used some lime to squeeze over the tuna fishcakes. You could also make this with canned pink or red salmon instead of tuna, but this will add a few more calories. 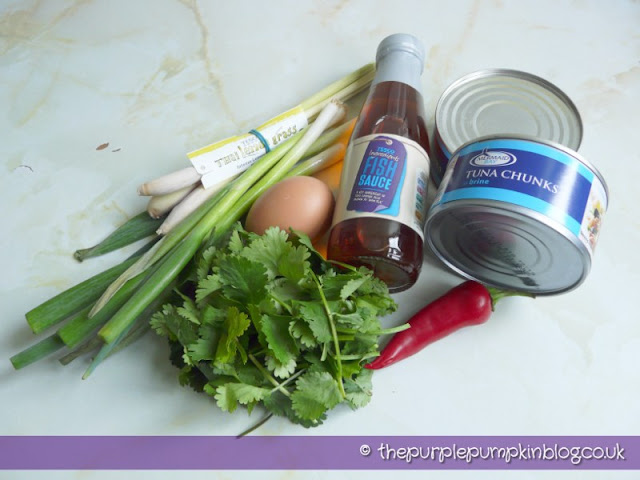 The fishcakes get made in a food processor to get everything chopped up fine. I helped things along by cutting the spring onions into chunks, finely chopping the lemon grass – which benefits from having a bash with the flat side of your knife because it is quite tough to chop – and deseeding and slicing the chilli. 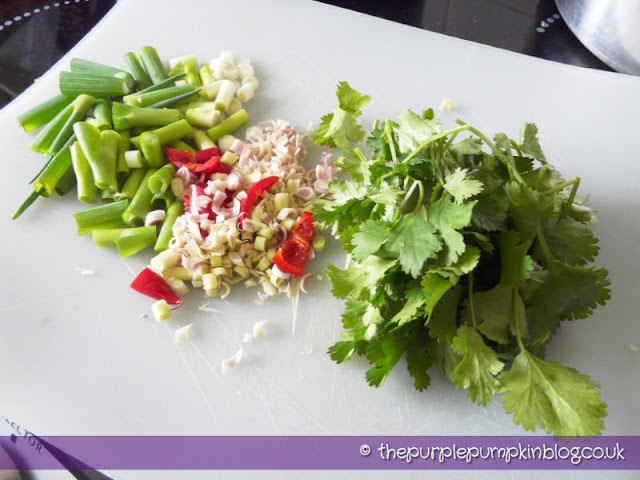 Into the food processor, fixed with a chopping blade, and whiz around the prepared ingredients with an egg until finely chopped. 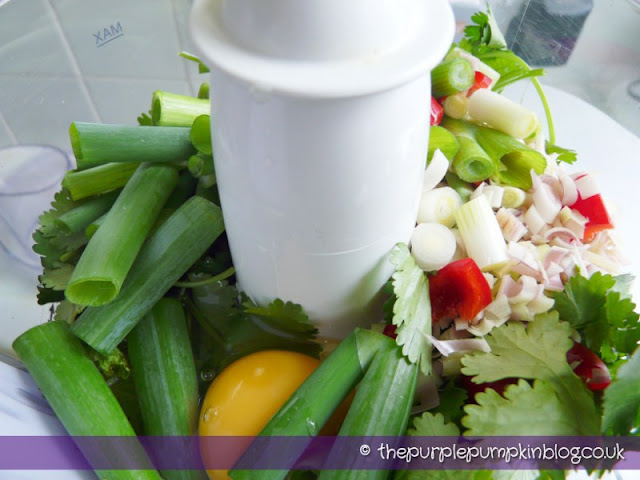 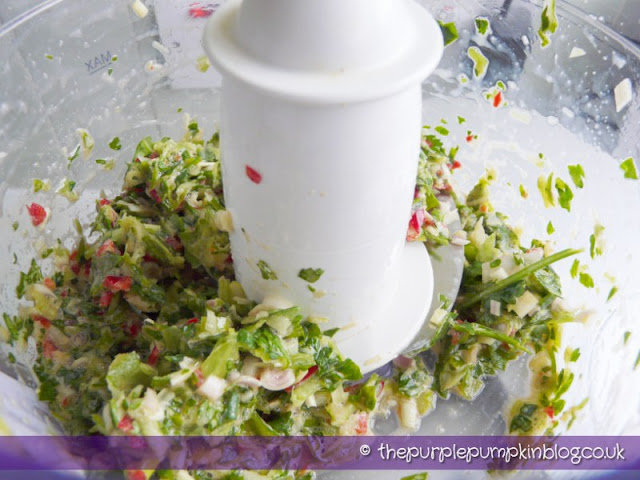 The drained tuna goes in next with some Thai fish sauce, and another whiz to mix it all together – but not too much, you don’t want the mixture to go all sloppy. 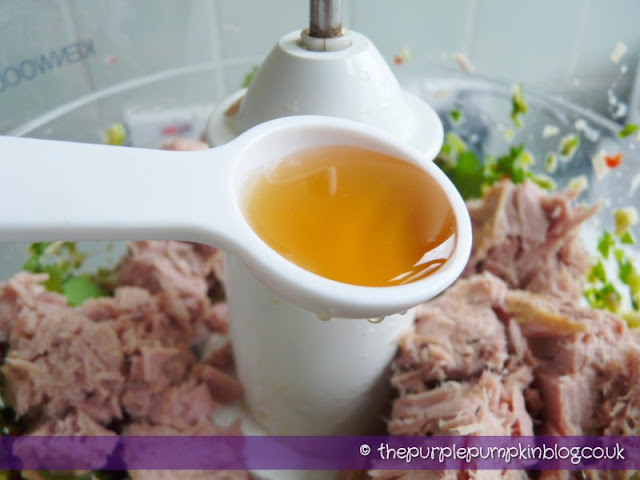 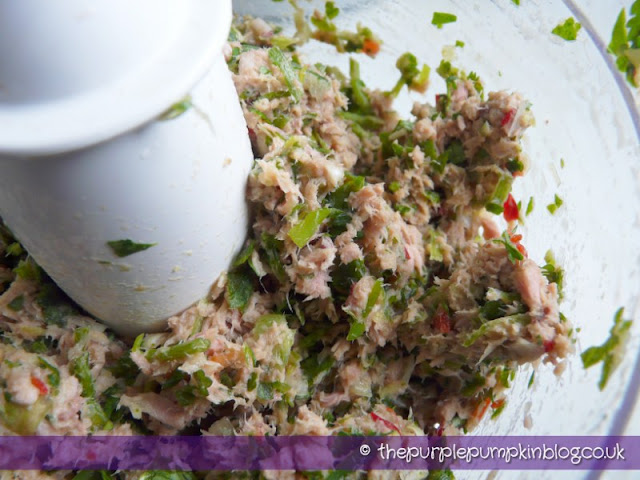 To cook them, you can either shape into patties (which I did) and cook in a heated frying pan sprayed with one-calorie oil spray, or drop spoonfuls of the mix into the pan. Either way, cook for 3-4 minutes on one side, until browned, then flip over and cook on the other side. 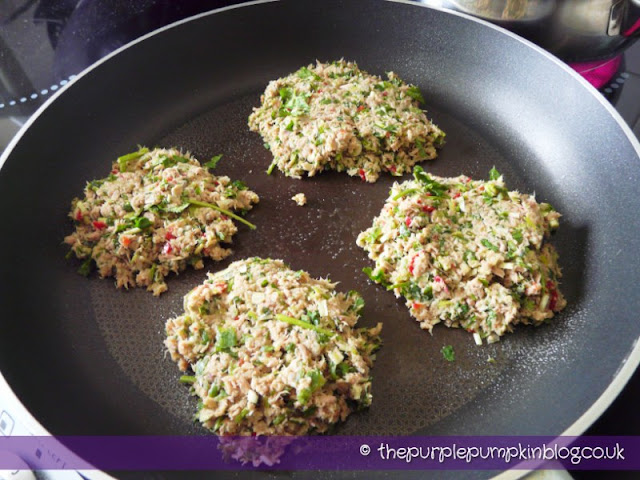 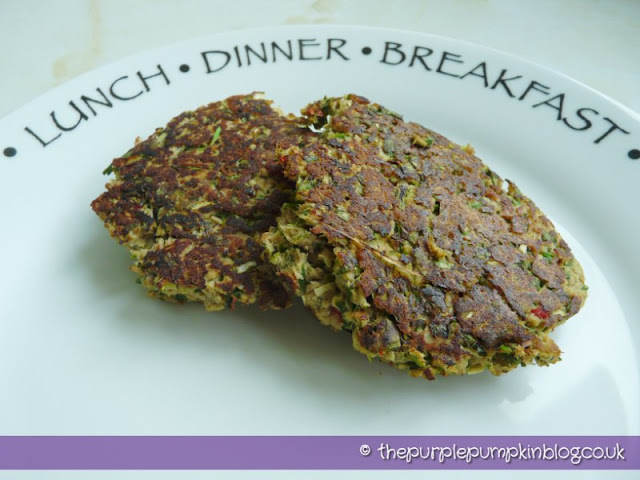 Whilst they are cooking, you can made a side dish of stir-fried vegetables. I used what I had lying around in my fridge – courgette, carrot, bok choy and red onion. I also threw in some garlic and chilli for good measure. Once my wok was really hot, I sprayed with some one-calorie oil spray and stir fried the vegetables, adding some water to steam-stir-fry. Cook the noodles according to the package instructions and add to the vegetables. I then added oyster sauce and soy sauce for flavour and gave a twist of black pepper. 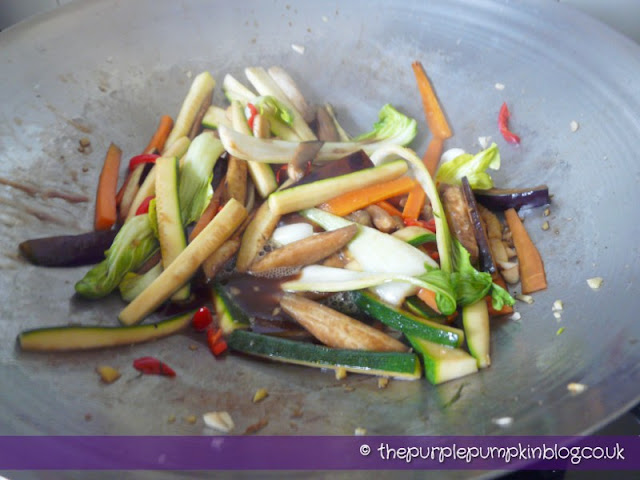 Squeeze some lime juice over the tuna fishcakes and serve with the stir-fried vegetables and noodles on the side. Enjoy!

Serves 2 – around 399 calories per serving
Ingredients