This post for party games at my sister’s Cocktails & Dreams Hen Party is for adults 18+ as they are of a sexual nature. It’s all in the fun of what a hen night (in the UK at least!) is partly about, and I did debate with myself if I should post these, and I came to the conclusion of yes…it was part of the party I threw for my sister :) I’m putting all the pictures after a jump so you don’t have to look if you don’t want to. There are no graphic images, just silly cartoony type stuff.

So, if you’re looking for some [adult 18+] game ideas for a hen night you’re throwing, then keep on reading!

I bought a few willy related games from a hen party website that I thought would be funny to play, I also created a few game myself. I set everything up on my coffee table, complete with lewd signs :P 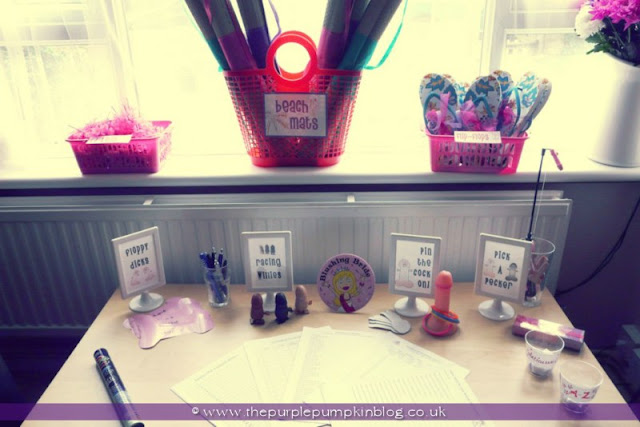 One of the games was “Pick a Pecker”. This was a bought game, involving a little fishing rod and magnetic, plastic members :P Each one had a dare on the back, but they were kind of dumb, so instead, we had 15 seconds to fish out as many plastic peckers as we could! 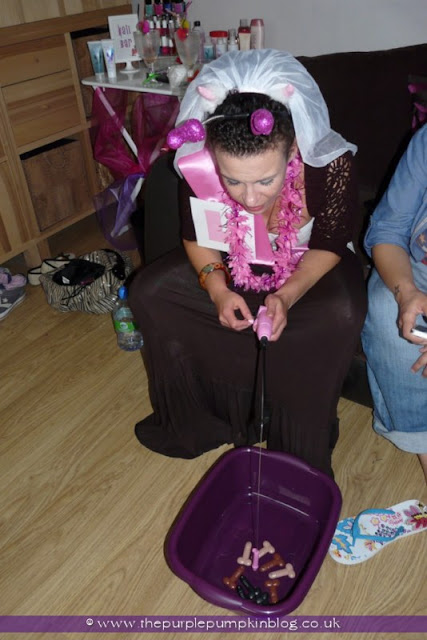 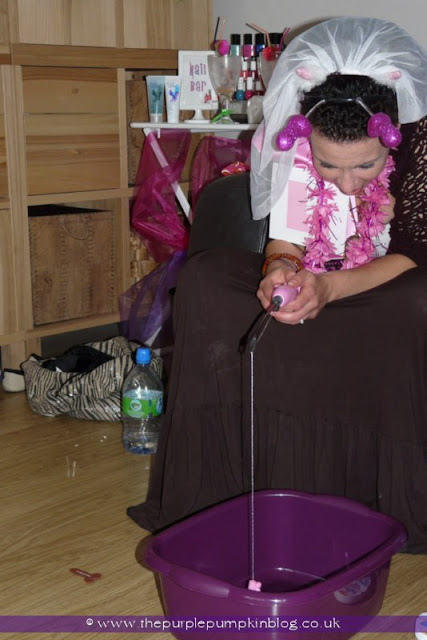 I cut out, (from wrapping paper) some shapes – you can see the type! And then, out in the garden, we raced them, but using a newspaper to flap them along the course. Hilarious results!

The next bought game was a ring toss game…you can see what’s going on!

Another absolutely hilarious game that I bought was ‘Racing Willies’. There were three wind-up toys in the shape of, well, you know what shape! We set up a finishing line, and had to race our chosen member to the end! We did need to keep winding them up, and because I added googly-eyes to them, this made it even more funny for us. We really couldn’t stop giggling! We took part in two sets of 3, with the winners of each round racing each other for the ultimate winner.

The final game was a variation of ‘Pin the tail on the donkey’, but with another theme. I’ve blurred this one out, but I’m sure you can guess what was going on! It was amazing how surprisingly accurate we all were hahaha!