Our Weekend At Camp Bestival: Day 3 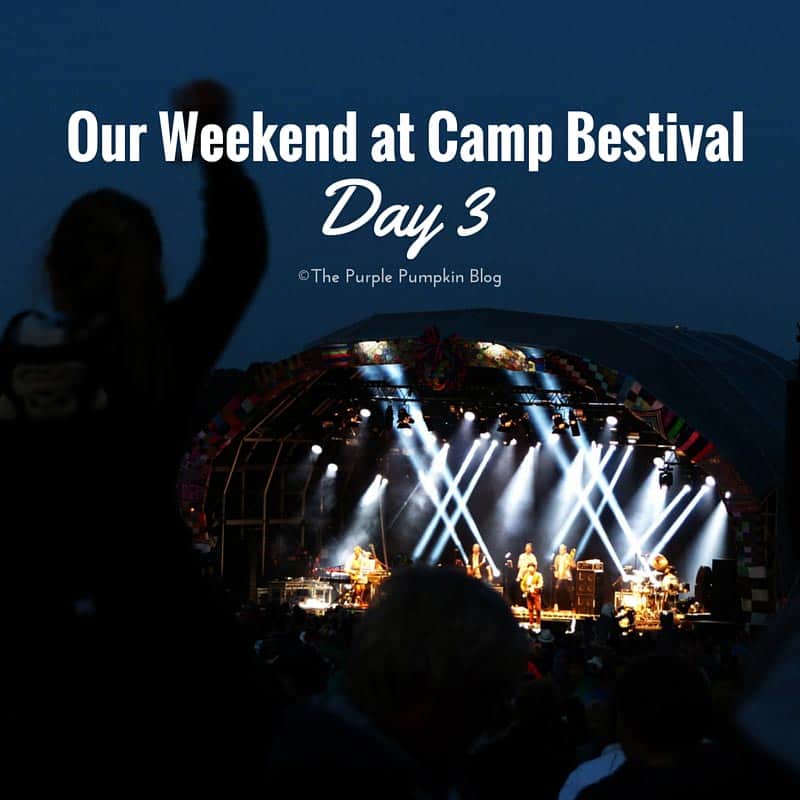 Following on (albeit rather late!) from Our Weekend at Camp Bestival: Day 1 – Setting Up Camp, and Day 2, I’m finally writing about Day 3… memories are a little hazy now, so I’m trying to remember everything from the photographs that I took. My posts are generally photo heavy – although, that’s not really new information if you read my blog regularly! You can click on the images in the galleries to view them larger.

We had another good nights sleep in our Vango tent*, and woke to another gorgeous sunrise. Getting up super early, as we had the day before, meant missing the long lines for the loos and showers. Although, as I mentioned in day 2, we didn’t shower the whole weekend (grot bags!), and used a combo of dry shampoo and a dry shower gel to stay clean. As a chick who does shower every day, and washes her hair pretty much every day too, the thought of not showering was freaking me out somewhat, but I managed just fine. 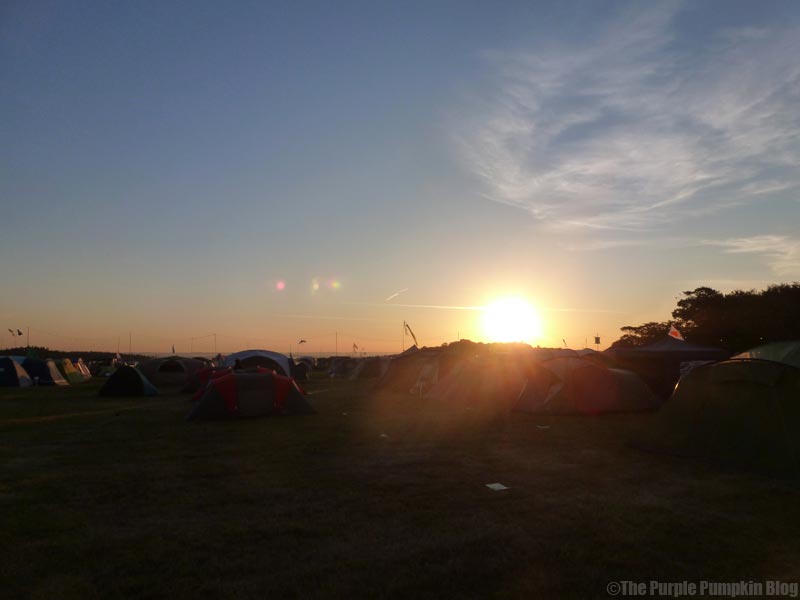 Getting the teen to rouse from his slumber was a bit of a different story though. I know during the night there was a baby crying at a nearby tent, which Liam said had kept him awake. I tend to zone out on noises, so whilst I did hear the baby crying (and it’s poor parents desperately trying to console them), I soon fell back to sleep. Although I reckon all the fresh air we’d had the day before had wiped us all out a bit! You can also see the level of our camping supply organisation skills too, with everything dumped in the trolley we brought with us. 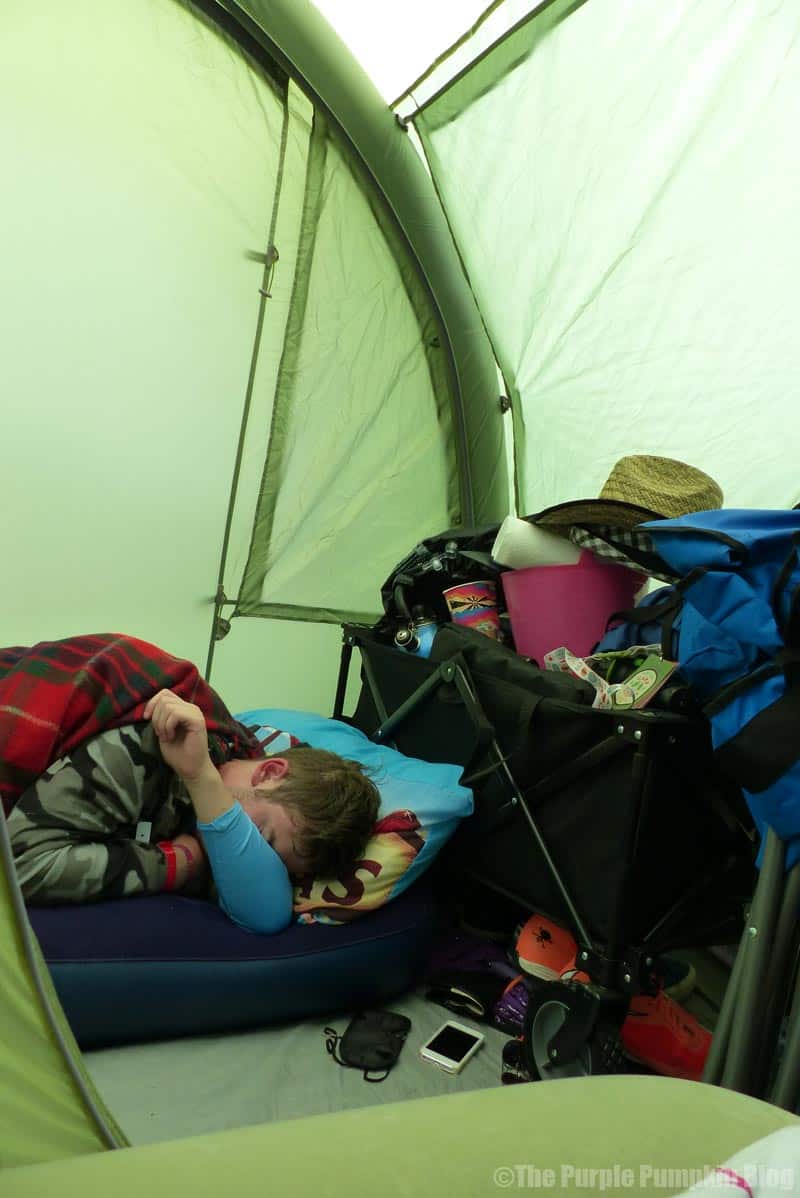 Steve and I left Liam to sleep, whilst we stepped outside to get a kettle on the camping stove, and brew up a cuppa. When Liam eventually got up and dressed, we made our way down to the festival grounds, to meet up with some of the other Camp Bestival Bloggers. I had a chat with some of them that I have met before, and picked up the flag that I had bought from another blogger. We had kept missing each other the day before, so it was nice to finally have it to fly!

Oh, and I’m throwing in some random, out of chronological order photos here! I took photos of different things we saw, but don’t necessarily have a story to go with them >_<

We eventually made our way over the the Main Stage where we wanted to see Level 42, Alison Moyet, and the headliner for Saturday – The Kaiser Chiefs. We decided to linger at the back, and pitched a little area for ourselves, with Steve and I on our camping chairs, and Liam on the blanket sitting in front. Got chatting to a family next to us, proving that the festival is aimed at people of all ages – the family were the grandparents, their adult children, and their grand children.

The sound wasn’t very good towards the back – it kept dipping in and out, and I know we struggled to hear the artists when they were speaking to the crowd. The merchandise stand was in the middle-ish of the field, which I thought was a bit of a poor location for it.

We were most impressed with The Crazy World of Arthur Brown, when he had a crown of fire on his head when singing his hit Fire. When we heard the song, we said to each other “so that’s who that guy is!”

During the Kaiser Chiefs set, I started to feel a bit ill, and not because of the music, the set was very good! I hung on in there till the end of the set, before we made our way back to our tent. Taking some final photos on what would turn out to be our last full day. Feeling very poorly during the night, we decided to head home on Sunday, rather than the Monday as planned. It was such a shame, as there was so much more for us to see and explore, but as we always say, there is a next time. I will be writing about our last day, day 4 very soon, although it will mainly be about us de-camping!