Growing Up In A Pub

Home » Lifestyle » Growing Up In A Pub

A few days ago I went out for a walk with my mum. We’ve made a pact to try and do this once a week, so we can both get a bit of exercise and have a catch up. I work full time from home, she’s retired, but works part-time, and in between that we both have a family to look after! It means that quite often, weeks can go by without seeing each other.

After this lovely walk around the lake, mum suggested we go for a coffee and a gossip, so we drove to the nearest pub, The Fairlop Oak, Barkingside and parked up. As we walked in, I said “It’s weird to think we used to live here isn’t it?” She replied “Yes, it is weird – I don’t really remember it much” Dad ran this particular pub back in the late 80s – we only lived at this one for about 18 months, so I don’t have the ton of memories and feelings of nostalgia like I do for the pub that I grew up in – The George, Wanstead. 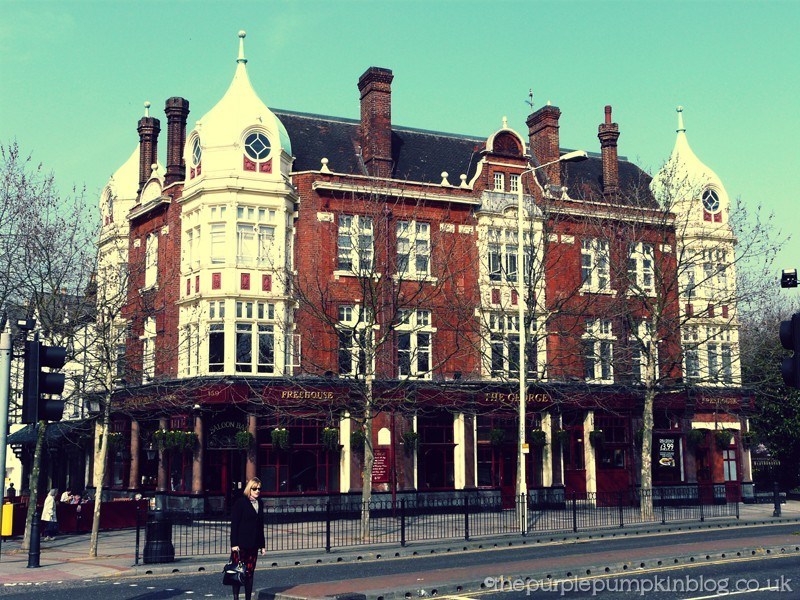 My mum was working in The George, back in the 70s – she was saving up for a round-the-world cruise. My dad was a international student working in this pub to help pay for his tuition. They met, they fell in love, they got married…the rest is history! Mum never did go on her cruise, and dad, well, he dropped out of college and worked his way up to pub manager.

I was born just over a year after they got married, and it was a couple of years before my sister came along. I have so many memories of us together as children, from having long corridors for us to run up and down (and even be able to ride our bikes along!) to having 3 floors to explore – well, 2 of them when the pub was shut!

My friends used to say that it was so cool to live in a pub, and back then, I didn’t really think of it like that – I knew nothing different. I always thought it would be cool to live in a house. I didn’t have a garden, or a pet when I was growing up, and was insanely jealous of the kids who got to take home the classroom hamster on the weekends – I wasn’t allowed to because of health and safety!


We lived on the top floor – well, second from top – there was a huge attic, although, the ladder to get up there was so high, I never ventured up there. Ever. Looking back, I wish I had now! So the picture below shows the round windows of the attic, and the ones just below that was my sister and I’s old bedroom. I’ll never forget the hurricane of 1987 – the wind was howling from all the way up there!

One thing that was great about living in a pub was being able to have huge birthday parties down in one of the bars or restaurants. Even now, my old primary school friends mention about those parties that I had! I still remember them too – my favourite being my 6th birthday party which I wrote about a while ago on my blog. Another one was my 7th, which was down in the new wine bar (I always say “down” because of us living up above everything!) It was a fancy dress party, and there I am at the front in my clown costume!

When other children in school were writing about what they did at the weekend with their families, I was writing about what my dad was doing in the pub! I found some old school books from when I was around 6/7 years old, and it made for hilarious reading!

Every Sunday my daddy has a disco in our new wine bar. My daddy might have served cocktails.

Like all old pubs, this one was haunted. I was never scared living there though. There was a secret staircase leading from the middle restaurant down to the bar, and my sister and I would sit there and try to summon ghosts – don’t ask! But we did love to tease our friends with our stories!

Over the years, the owners of the pub changed, from Schooner Inns, to Berni Inns, among others, and it also went various interior changes too. Back when I was very young, the Palace Bar (one of the bars on the bottom level) had a huge bar in the middle of the room, but that was then changed. I missed it so much! We used to love running around the bar using it as a circuit! I actually remember roller skating around it too – since near to the bar counter was lino rather than carpet.

The remodelling brought a little stage area, which my sister and I, along with our friends, used to pretend to be pop stars on. Singing and dancing and generally just having fun. There was a huge mirror hanging there along with a red art deco sofa, which was a great focal point, and you wouldn’t believe how much loose change we would find down the back of all the sofas in the pub! Finding a pound coin when you are 10 years old is like finding a million pounds!

When the time came for my dad to move onto another pub, I was distraught – by now, my other sister and brother had come along, but they would never know how much fun it would be growing up in this huge building.  The George was being sold on to another company, and would be gutted out completely. So we did what all people do for nostalgia – rescue the things that are just going to get thrown in the skip!

Dad took The George mirror I mentioned earlier, which still hangs in my parents home – you can just see it here in this photo I took at my niece’s 1st birthday! They also have that gorgeous red sofa that now sits up in their bedroom, but once lived under this mirror as it had in The George. Bearing in mind we left that pub back in 1989…that’s one well made sofa! You can also just see in the mirror’s reflection, some copper pots – also from the pub! And believe me, there is quite the collection of bric-a-brac that they took with them when they left, scattered around their home.

It’s been great to have a little reminisce, which was kicked off by meeting up with mum the other day. Whilst looking for photos to share in this post, I came across an album full of photos that I took when I went for a walk around my old hometown of Wanstead. This was back in early 2012, and I don’t think I’ve ever shared them on my blog – now seems to be the right time!

Even now, when I tell people that I grew up living in a pub, they often reply with “that must have been awesome” and you know what? It was!