My son is 15 today (again, my disbelief at where the time has gone!) and it’s the first year that I’ve not planned a party for him! *wails* He’s out with his friends for the day, and this mum is sitting at home, clock watching and worrying…they say it gets easier as your kids grow up – they lied! It gets harder!!

So, to take my mind off things (he’s texted, he’s having a good time) I went through old photos that I have on my computer and put together all the ones I had so that I could share his birthday parties from years gone by ^_^

The only photos I have of his first birthday on my computer as some old scans of scrapbooking pages that I made. For his birthday we bought him some Tweenies toys as he loved watching the Tweenies! He had three parties! One at one set of grandparents, one at the other, and then one at home with our friends! 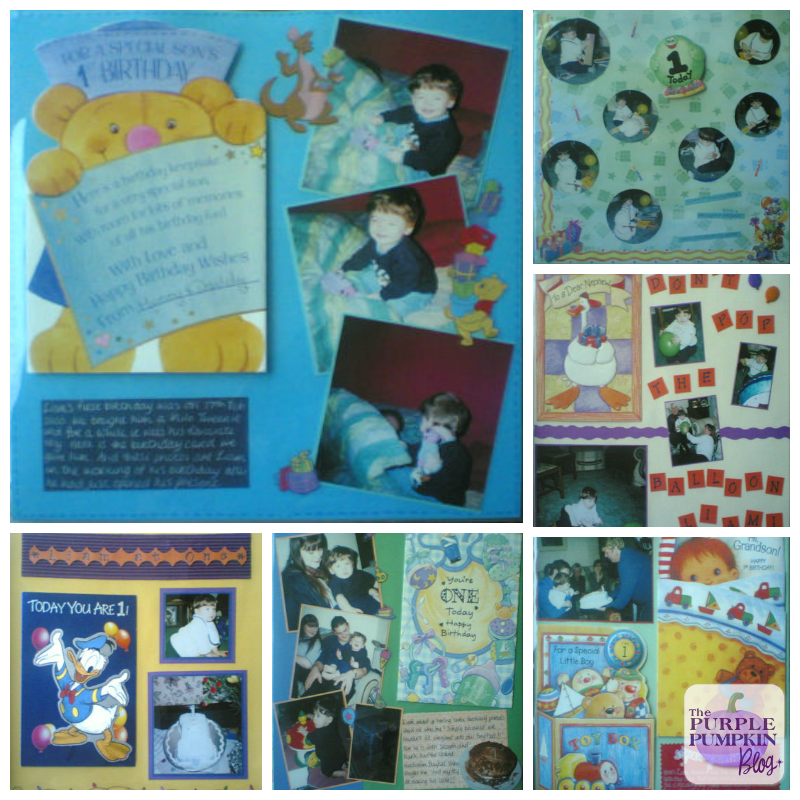 For years 2 to 5, I don’t have any photos on my computer – the hard copies of those photos are still packed away in boxes – waiting to be scrapbooked….! I remember making him a chocolate cake for his 2nd birthday and we had a drop-in party (our flat was small!) for all our relatives to come by and wish him happy birthday. For his third birthday, we’d just moved house and he wasn’t very well, so my parents popped over for an hour to see him and then he spent most of it lolling about on the sofa :(

I’m trying to remember what we did for his 4th birthday, he would have been in nursery and I’m pretty sure I would have thrown him a party for him with his classmates. His dad and I split up not long after his 4th birthday…For his 5th birthday I hired out a hall and we had a magician! The magician even had a rabbit!


Liam had his 6th birthday party at home with his school friends. That dinosaur you see on the wall I printed off on my computer in sections and then covered it with sticky back plastic. It was for a game ‘pin the leaf in the dinosaurs mouth’ instead of ‘pin the tail on the donkey’! I remember it stayed on the wall for weeks afterwards! 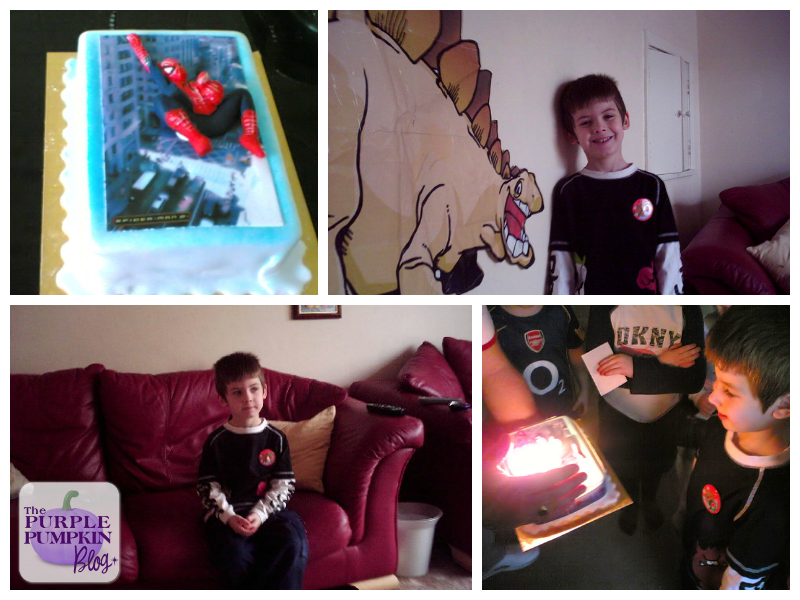 When he turned seven, I paid for a bowling party at the local bowling alley. He had about 10 friends celebrate with him – and it was chaos!! But they all had such a fun time. And it looks to me like he’s wearing exactly the same top as his 6th birthday! By now, hubs and I were together, and this was Steve’s first experience of a kids party – he didn’t know what he had let himself in for!! Steve dropped his camera at the bowling alley and I thought that these photos were gone forever…but luckily, someone handed it in and we got the camera back :) 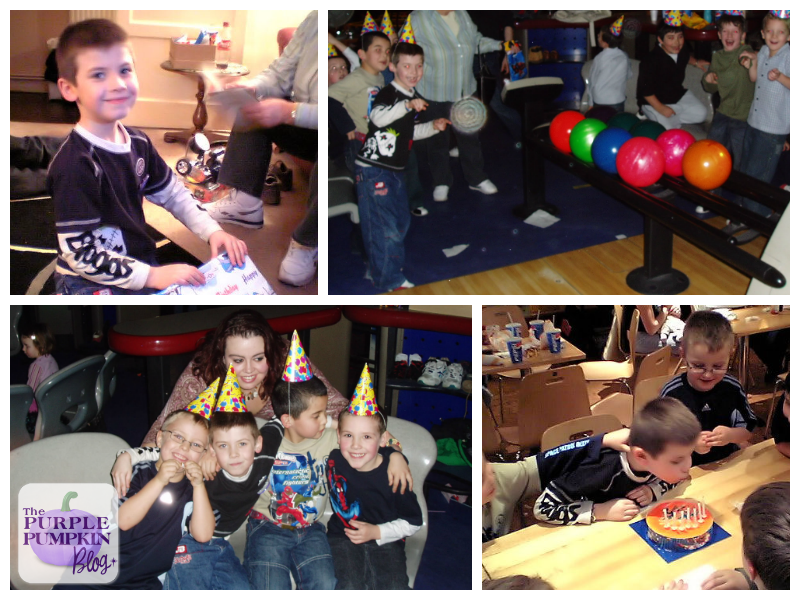 For his 8th birthday party I again hired out a hall, this time with a DJ and he had a disco party with all his class friends. I always organised traditional party games for them, like musical statues and pass the parcel. The mums used to tell me how much they loved the parties I organised because I kept to the old skool traditions!

By nine, he was well into Pokemon, and so, I printed a load of pictures off and hung them on the walls. He had a few friends round and more chaos ensued! I kept the kids quiet by making them play ‘sleeping lions’ and other team activities. I do love a traditional kids party! We’d also just bought a chocolate fountain, so that was a big hit with all the kids!

At ten years old, Liam was well into his video games! He had a few close friends over to have a game tournament, and I made him a Super Mario birthday cake – I’m so proud of that cake!!

His 11th birthday was another close mates party, with a shop bought cake! The same cake as his 9th! You can see by his t-shirt that he’s still into his video games (at 15 that hasn’t changed!!) I set up a pizza making station in the kitchen for the boys to make their own pizzas.

He was in secondary school when he turned 12, and didn’t have a party with friends. He wanted to go to his favourite restaurant, a Chinese buffet, so that’s what we did and had a small cake at home with candles, for blowing out and making wishes!

Then teenage years now…when he reached 13, I was a lot more into my photography, and so, I took him to the local park and did a coming of age photoshoot – he was such a great model! I threw him a Nintendo Themed Party which I blogged about, and we all had a great time! It was a time for family for this birthday with his aunties and uncle, and of course me and hubs! He still talks about this party!!

When he turned 14 last year, I set up an Army Themed Party for him (with the family again). Still into his video games, but instead of cutesy Mario games, it was army themed games >_<

He asked if he could go out with his friends for his 15th birthday today…and so, off into town he went for some Nandos and playing on the arcades! He’s just come home, and that makes me breathe that sigh of a relief that us parents feel when we know our children are safe at home! It has been weird not to plan a birthday, but with his 16th next year, I guess I should start planning right?!

Happy birthday my gorgeous blue eyed boy, may 15 be awesome!! ♥