The day after my sister’s Cocktails & Dreams Hen Party I laid on a brunch for her hens and for our family. I was so tired the morning after the hen night as didn’t go to sleep until about 3am, and then didn’t sleep very well either!…I needed several coffees to get me going!

I had anticipated feeling like that, so for this party everything was store bought. I just wasn’t going to be the kitchen goddess and make anything (least of all everything!) for this brunch. As nice as it would have been, I just didn’t have the time, nor the energy it would seem. But I felt no guilt whatsoever…everyone really enjoyed the brunch which probably lasted about 5 or 6 hours!!

Here are the photos from that day, along with everything that I set up. In an ideal world I would have made signs and labels etc, but with a busy run of things I just let it fall to the wayside and just didn’t get the chance – I did have the plan all in my head…but…oh well. There’s always another brunch that won’t be so hectic to organise!

Despite not being organised as far as printables is concerned, and if you read my blog you know I tend to label up everything, I was actually really organised when it came to setting things up. We have an okay sized kitchen, but, along with the rest of my house, which is way too small for our needs these days, it’s a clutter fest! To have a buffet set up in the kitchen for a party means everything has to come out – microwave, kettle, utensils etc etc etc….so that is one challenge that always faces us when we host a get-together at our house. Luckily I had cleared the decks for the hen party the day before which made my life easier on a Sunday morning! I had also written out a list with each station that I was going to divide the kitchen up into – drinks, waffles & pancakes, cooked, cereals and breads & pastries. I listed all the equipment that was needed, as we’d need things like the toaster and the kettle for example, and all the different foods that would go in each area. 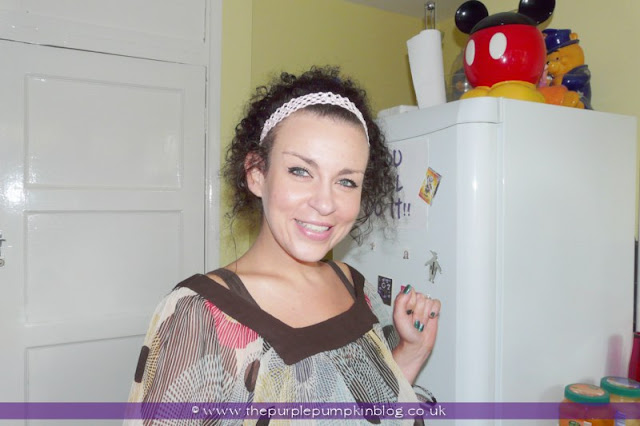 I laid out some red gingham paper placemats that I had in my stash of partyware, as you know, I hate my kitchen with a passion, so I have to cover up as much as I realistically can!! And I also took ten minutes from rushing around, to bundle up some wooden cutlery and napkins with ribbon (also from stash!). I hated that I hadn’t really prepared the pretty side of things! As much as I pinned so many cute brunch ideas, reality was, I didn’t do any of it! It was eating me up inside!! 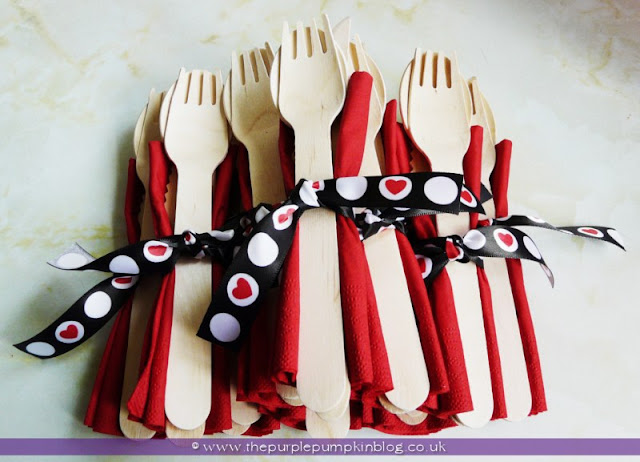 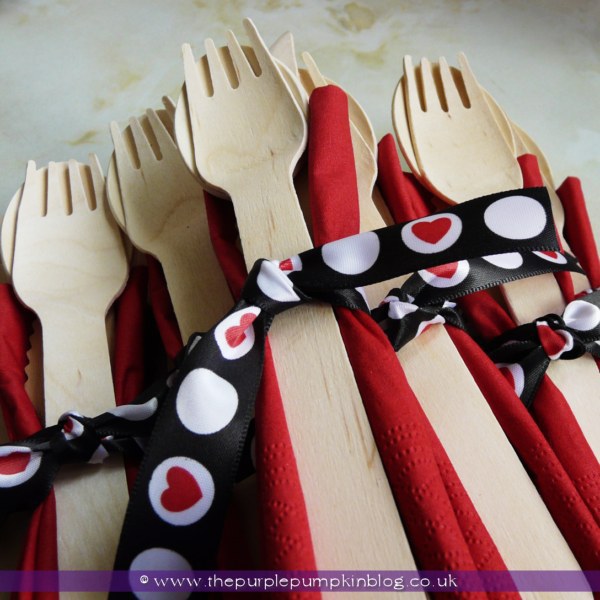 As I said, I divided the kitchen up into stations. There was the drinks station where I had coffee, tea, hot chocolate, cappuccino and herbal teas – mainly in sachets so they can get stored away easily for another brunch! I also had coffee sprinkles – a new product I saw in the supermarket and felt like I needed to have them!

I placed the sachets into a basket that I had (would have decorated, but you know the story!), set out a jug of milk, some mugs and stacked some cups and saucers. The kettle was filled and boiled by the time guests arrived, and it was easy enough to re-fill from the sink just next to it :)

I also set up a Juice Bar (no sign!) with lots of fruit juices – some leftover from the hen night, and some I bought specifically for brunch. The tomato juice carton sat next to some shot glasses, Worcestershire and Tabasco sauces ready for some bloody Marys shots. Virgin in this case!

With the drinks all set up in this fashion, it meant people could easily help themselves without too much involvement from me. By now, I really was dead on my feet!

The next station was the Cereal Station – I had lots of different types of cereals and granola that I decanted into glass jars. I put out dried fruits, nuts and seeds, along with some canned fruit. Provided a jug of milk and some Greek yogurt and everyone could make up their own cereal bowls.

In the same corner I put the Bread & Pastry Station. I put out my toaster, various breads and pastries – bagels, tiger bread, English muffins and regular sliced. Hubby nipped to the supermarket in the morning and picked up some pastries which I put out on a board, and there were some croissants, brioche rolls and pan au chocolat in a basket across the kitchen (because I totally ran out of counter space!!) It then got shifted to a table in the hallway so we could access the sink…you’ll see what I mean further down!

I also put out butter, cream cheese, jam and marmalade, so if toasted bread is your bag, you were in heaven in this corner!

The next station, which everyone was too excited about, was the Waffle & Pancake Station! We’d bought a waffle maker a few weeks ago and I knew that this would be a hit! The most in the way of creating something from scratch was me whipping up a waffle batter!

You may have noticed that the plates, napkins and cutlery have suddenly disappeared – that’s because I remembered that I had some fresh berries to put out…so the plates got moved! There were lots of toppings in the form of syrups, chocolate sauce, chocolate chips, honey, cinnamon, whipped cream, pecans, bananas, strawberries, blueberries and raspberries. Hubby was on waffle duty, next time he can show peeps how to operate our waffle iron and they can do it themselves :P

The final station, which I don’t have any photos of, was the Cooked Station…this was bacon, eggs and sausages. I cooked the eggs in the oven, by cracking into buttered muffin tins and cooking for about 10 minutes at 200C – turned out brilliantly and an excellent way to cook a load of eggs at once! Came out kinda like the eggs in a McMuffin! Awesome :D The sausages and bacon were also cooked in the oven – healthier than frying up on the stove top – and less messy too!

By now, we’d run out of space completely, but hubs set up the hotplate out on a table in the hallway, where the cooked food sat quite happily (but not for long!)

I had extra games sheets from the night before that people could play if they wanted to – I’m afraid to say, as a hostess I wasn’t with the mostess! But, it’s my family and close friends, they know the drill when it comes to helping themselves at my house :)

I think, considering how shattered I was feeling, I pulled off a great brunch for everyone – I may not have decorated the way I wanted to, but the food went down well, and everyone really enjoyed themselves!

Having everything set in stations made everything feel extremely organised, and I would do brunch in exactly the same way again. As I’m typing this out, hubby walked in from work, he commented saying what a great day the brunch was, and I have to agree – breakfast food is the best food!!