If you are looking for Christmas ideas and inspiration you’ve come to the right place! Create Christmas on The Purple Pumpkin Blog celebrates the festive season until the end of the year!

If you love Christmas, then you need to make sure you have joined The Pumpkin Patch! Members of the Pumpkin Patch will receive exclusive goodies like member only printables, giveaways, and more! 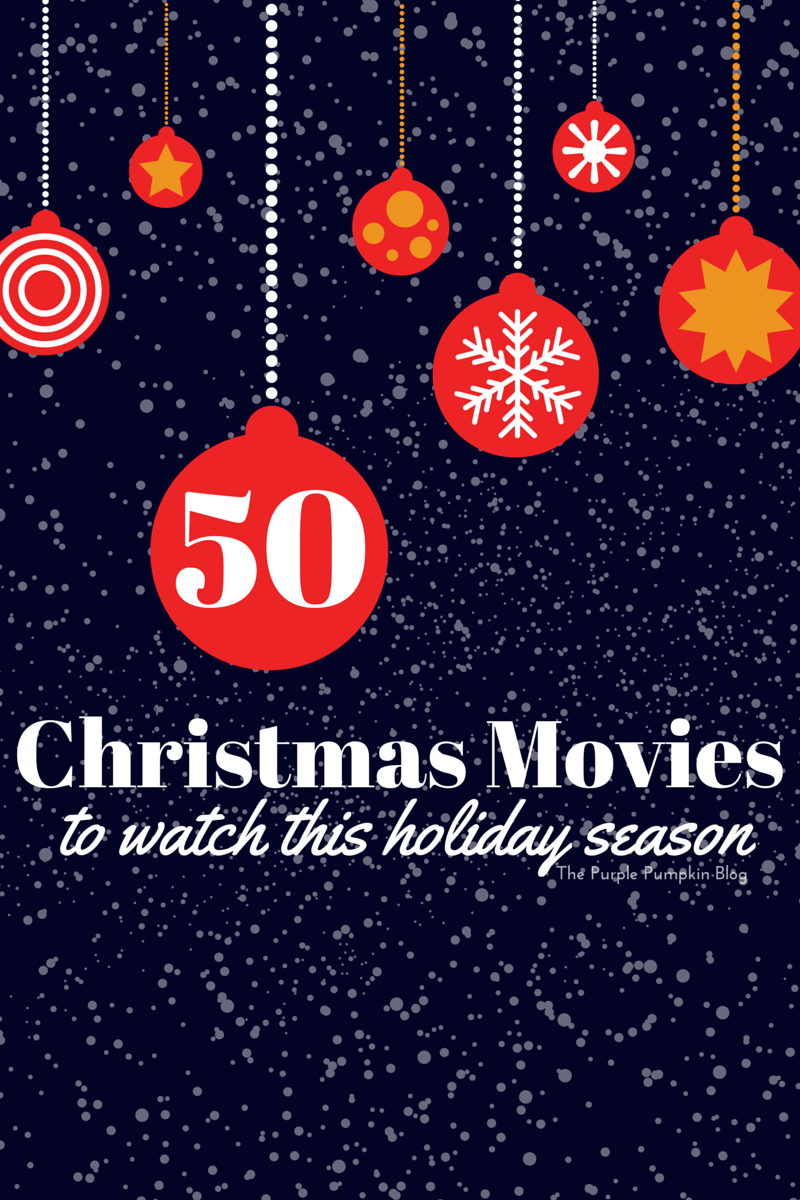 It’s the 1st December, and that gives lots of time to cram in as many Christmas movies as you possibly can!

I LOVE Christmas movies, and have many of the ones I’ve listed on DVD. We’ve delved into the old DVD cupboard (we rarely look in there these days!) to dig out all the ones we have and are going to try and watch a movie every night on the run up to Christmas Day!

I’ve already got two lined up to watch later this evening, so we’ll be turning out the lights, popping some popcorn, and getting cosy on the sofa to watch two of our favourites – National Lampoon’s Christmas Vacation, and A Christmas Story!

This post contains Amazon Affiliate and other affiliate links. If you clicked the link then made a purchase, a small percentage of the sale price would be paid to me. It doesn’t cost you anything more but it helps keep the lights on over here so that I can create more content for you!

I have seen a lot of these Christmas movies, but there are equally a lot that I haven’t. There are even several that I had never even heard of before I researched for this list of Christmas movies to watch. I think there is something here for everyone – traditional, musicals, classic, animated, comedy, romance, action…

Create Christmas was born in 2012, and is now in its 7th year! I share as many festive ideas as I can – my vision for this blog is to think up the ideas so that you don’t have to!

You can read more from Create Christmas 2018 here.

Have you seen my cuteChristmas Colouring Book in The Shop. It’s a 15 page booklet that you can print at home as many times as you like!

The cost is just £2.50 (available worldwide, PayPal will convert your local currency) and will keep the kids busy while they wait for Santa!

Create Christmas is a celebration of everything Christmas (and New Years, and Winter!). Filled with free printables, crafts, recipes, and more – now in its 7th year!

Find all of this years posts and read all about Create Christmas 2018 here.