Portuguese Feijoada – World on a Plate 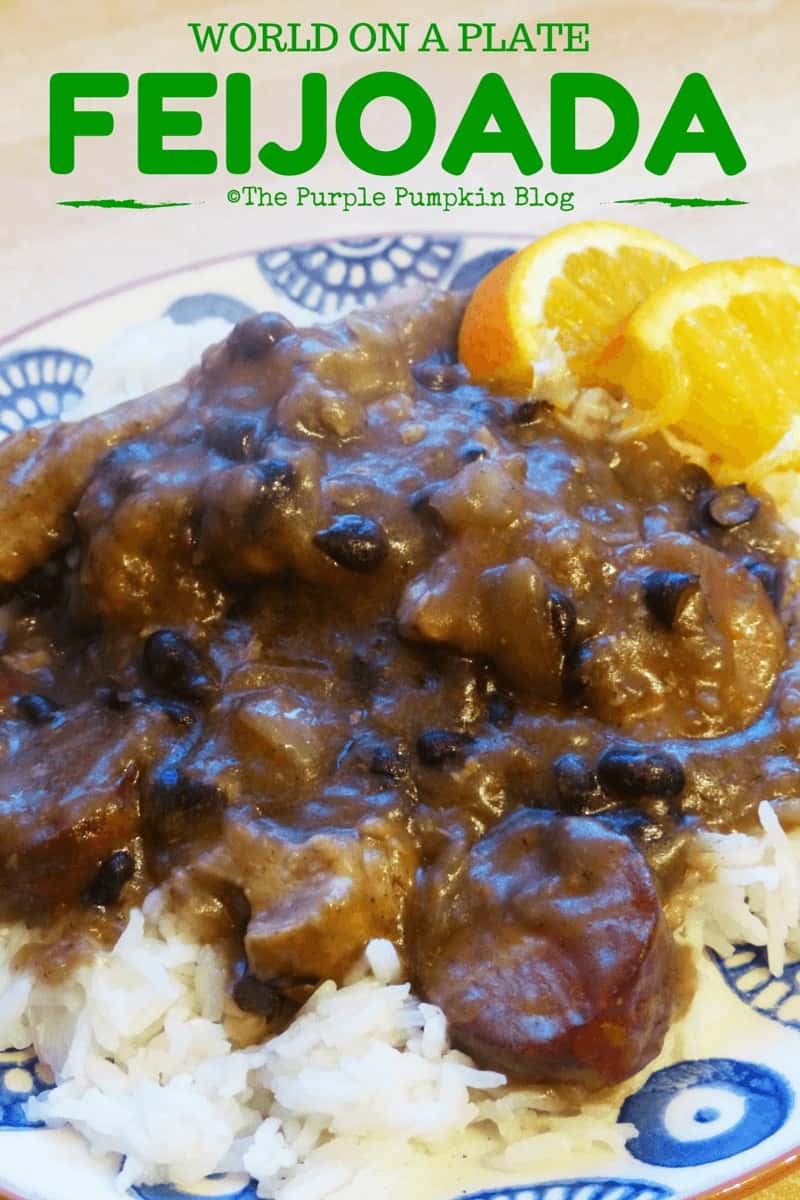 Expedia contacted me and asked if I would like to take part in their World on a Plate food challenge that they were running. There were a selection of countries to choose from, and I decided Portugal would be the one for me, simply because I have never cooked anything Portuguese in my life!

I was sent some beautiful Portuguese crockery, some regional delicacies and a supermarket voucher to help me in my challenge. As always, I did some research on the food from my chosen country and wanted to cook something that I knew my whole family would eat. I decided that dish would be feijoada…

Feijoada is a stew of beans with beef and pork, which is a typical Portuguese dish. Feijoada is also typically cooked in former Portuguese colonies such as Brazil, Macau, Angola, Mozambique and Goa (India). However, the recipe can differ slightly from one country to another. The name comes from feijão, Portuguese for “beans”.

The basic ingredients of feijoada are beans with fresh pork or beef. In northwest Portugal (chiefly Minho and Douro Litoral), it is usually made with white beans; in the northeast (Trás-os-Montes), it is generally prepared with kidney beans, and includes other vegetables such as tomatoes, carrots, and cabbage. The stew is best prepared over low heat in a thick clay pot.

It is usually served with rice and assorted sausages, such as chouriço, morcela (blood sausage), farinheira, and others, which may or may not be cooked in the stew. Wikipedia

I received a pack of chouriço in my hamper – it is a sausage similar to the Spanish chorizo, and this went into my feijoada along with bacon, pork shoulder and pork ribs. I used black beans, since the recipes I looked at online seemed to use this as the pulse of choice. After looking at several recipes, I came up with my own version, which served 5 of us with lots of leftovers the next day.

I fried smoky bacon in a pan until crispy, then browned off the cubed pork shoulder, pork ribs and chouriço. I then put that to one side whilst I fried onions, garlic and a little chilli flakes. Everything then went into my slow cooker with white wine vinegar, black beans, bay leaves, some water and seasoning. I then let it cook for 4 hours or so on high and served with rice.


It may not be 100% authentic, but it was a tasty stew and one which will be added to our family meal rotation that’s for sure! I also made dessert in the form of pastel de nata which are Portuguese egg custard tarts, but I’ll share those in another post!