For my sister’s Cocktails & Dreams Hen Party that I threw for her, I put up some brightly coloured streamers, re-cycled some tissue paper rosettes that I had, and bought some paper, blow up fish. Since the theme was Hawaiian/tropical…with a touch of smut :P I also put up various male members around the room as well! Don’t worry – I have blanked the x-rated stuff out, but the ever so cute (if you can call it that) willy that I drew on my computer stays.

Look away now if you are shy or easily offended! 18+ content! 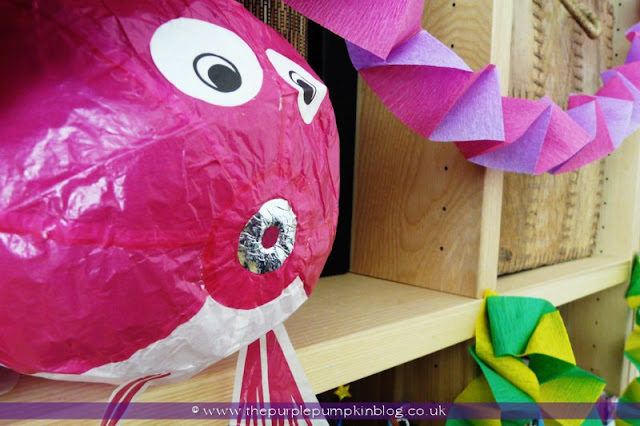 Now, unlike me, I forgot to take a full shot of the streamers that I put up – but you can just see that I folded them over each other to make concertina type garlands. I placed the colourful blow up fish around the room.

A little while ago I showed you how you could make your own gift bows. Using the same principle, I created a giant bow using crepe paper streamers. 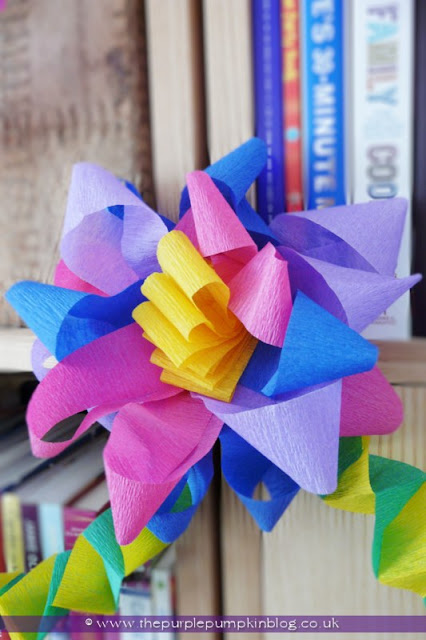 I’ve put the 18+ pictures after the jump…I’ve blurred out x-rated stuff, but kept the cartoony stuff in. 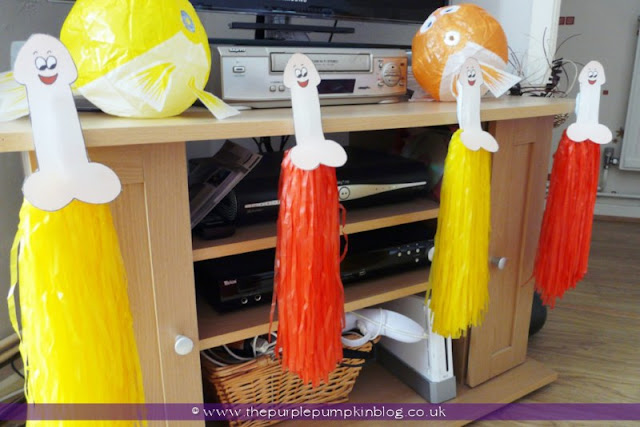 I bought some pom-poms from the toy shop, and made willy hula-dancers – I got a kick out of it and thought it was hilarious.

My other sister and I helped to decorate, and we put up some rather graphic pictures of male parts…it caused much hilarity and giggles as the girls entered the room!