The main course at our St. Patrick’s Day Dinner Party was boiled bacon, with champ, carrots and cabbage.

When I think of traditional Irish food, this sort of meal springs instantly to mind – and it’s a dinner that I cook from time to time that my family really enjoy.

Now, I couldn’t find a bacon joint in the supermarket, so actually used a gammon joint…oh well…same animal….!

To cook the meat, I put the joint (or in my case, two small joints) into a large cooking pot with some onions (2 – 3) peeled and quartered, a few bay leaves (4 – 5), some cracked black pepper and a ham stock cube. I add these things to give the bacon/gammon/ham some extra flavour and also, so that I can make a stock at the same time for soup. I find this cut of meat very salty, so never need to add any salt. 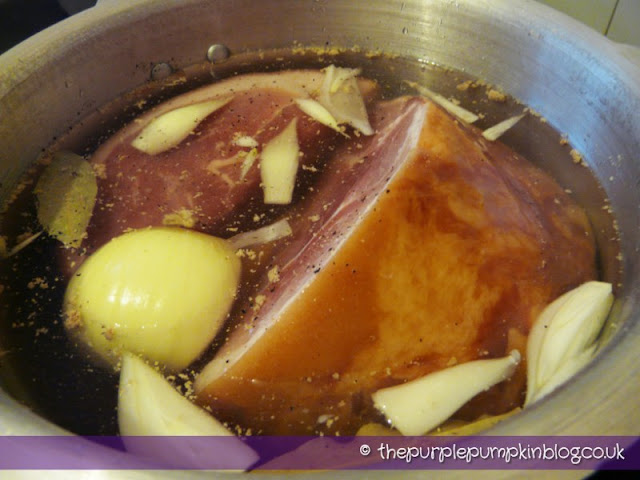 Bring to the boil and allow to gently boil away for about an hour and a half – or for as long as the instructions on the packet tells you. As it cooks, a scum rises to the surface – this is the fat rendering out, so I always skim as much off the surface as I can with a large spoon. 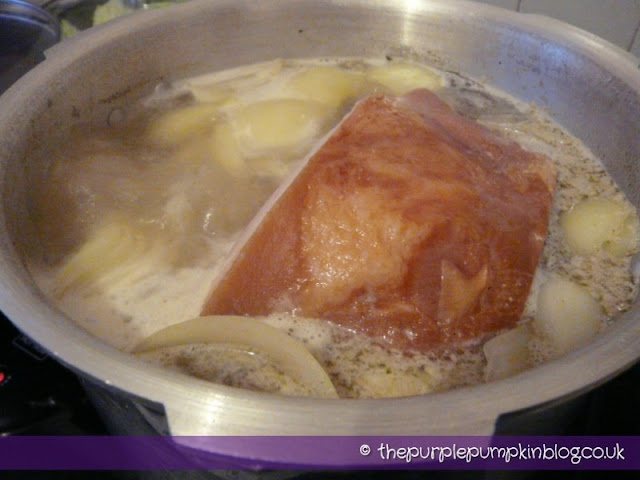 Whilst this is cooking, I can get on with my veg. First, the champ – which is basically mashed potatoes with spring onion stirred through it. Unbeknown to me, I’ve actually been making this for years, and it was only when I was looking for a recipe for colcannon, which is a Southern Irish mashed potato dish with bacon and cabbage, that I stumbled upon champ – which is the Northern Irish equivalent. I decided on champ because colcannon sounded too much like a meal in itself with bacon and cabbage – which is what we were eating for dinner anyway!

Right, rambled on there…champ…peel some spuds, cut up into small cubes and boil until tender. Drain and mash together with some butter, milk (or to be decadent, double cream!) and season with salt and pepper. Finely slice up a bunch of spring onions and stir through the mashed potato.

For the carrots, I just peeled, topped and tailed them and boiled them whole. The cabbage was cut into 6 wedges and boiled.

I cut the boiled bacon into chunks and it was a good hearty meal, served family style, with everyone helping themselves.

I did also make some packet gravy to go with, as well as making a fresh apple sauce, which might not be very Irish, but I always served with cooked pork.

To make the apple sauce, I cut, peeled and chopped into small chunks, 250g cooking apples and placed them into a saucepan with the zest of half a lemon, 3 tablespoons of water, a knob of butter and a teaspoon of sugar. I brought everything to the boil and turned down to a simmer and let everything bubble away, stirring occasionally, until the apple was soft and mushy. Have a little taste, and add more sugar if the apples are too tart for your taste buds.