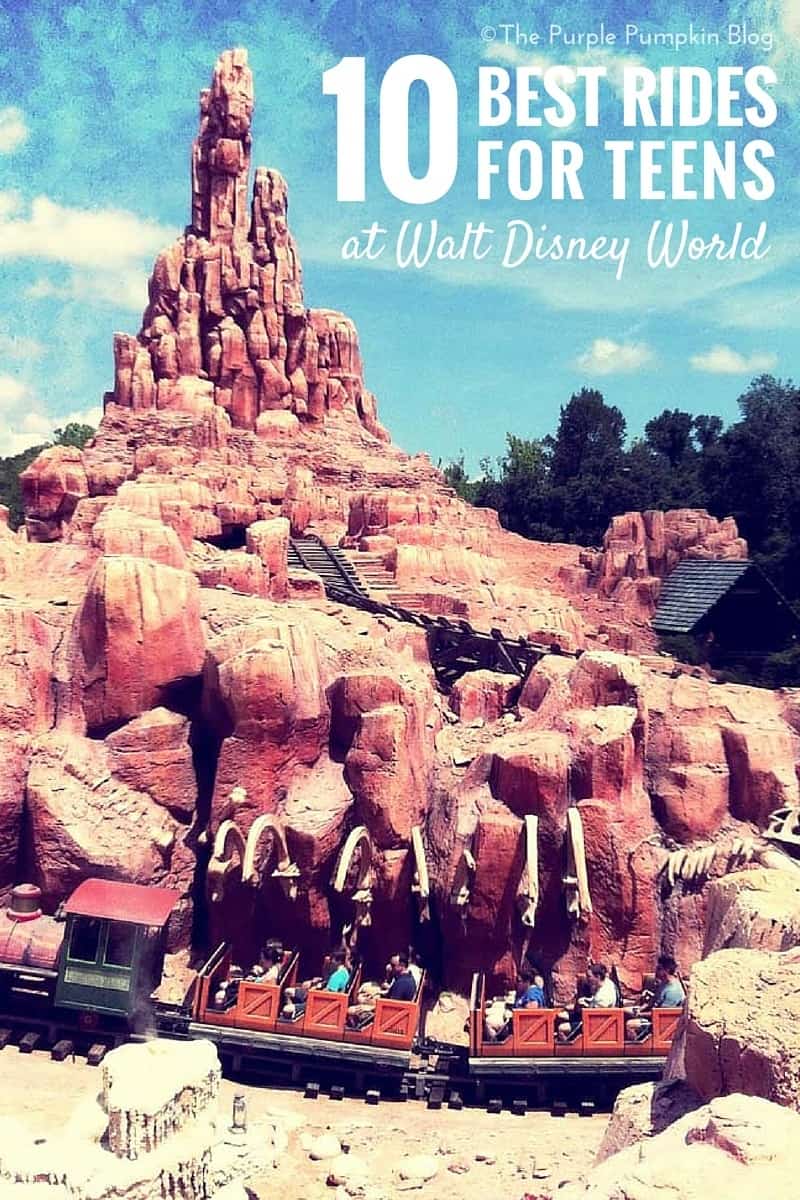 We took our son to Walt Disney World for the first time, when he was 12 years old. I remember feeling worried that Disney would be a bit too young for him, and we might get hit with the words “I’m bored” when we were there. I couldn’t have been more wrong! He’s been again at ages 14, and 15, and we’re going back with him aged 16½ (the half is oh so important!) and there is plenty to keep that kid happy!

I’ve asked him to give me a list of his ten favourite rides and attractions at the four Walt Disney World theme parks – Magic Kingdom, Epcot, Animal Kingdom, and Hollywood Studios… and here are the results! If you think something is missing from this list, it may well be because he hasn’t ridden it yet! (some examples – Space Mountain, Tower of Terror, Rock ‘n’ Roller Coaster) They are in no particular order, just the way he reeled them off to me!