Day 18 of WDW-40, the latest of my Disney Trip Reports, is here! Today we spent the day at Epcot. Specifically at the Food & Wine Festival. We didn’t bother with breakfast, lunch or dinner today, decided to just eat our way around the World! 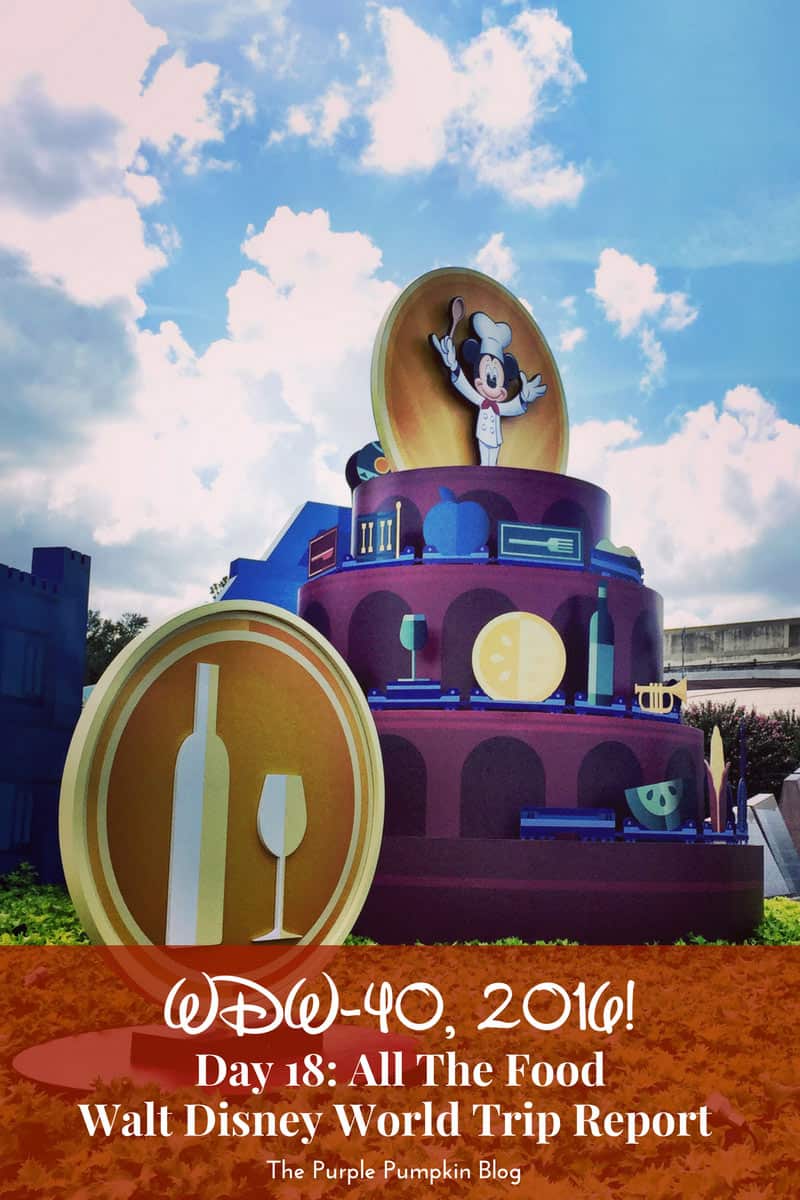 September 21st, 2016
My trip reports are generally photo heavy, images in tiled galleries can be clicked on to enlarge. All the photos from this day can be found here | Florida 2016 photo collection on Flickr here.
WDW-40, 2016: Trip Report Index | Pre-Trip Planning Report
Some days are split into several parts; please use the page numbers at the bottom of the post to continue reading.

After a couple of down days, I was feeling much better, and we decided to head on over to Epcot for the International Food & Wine Festival 2016. This was our second holiday to Walt Disney World when the festival is on, and I think it’s probably our favourite time of year to go!

Since Epcot is on the Monorail loop from the Transportation & Ticket Center, we headed there to catch it, as opposed to driving to the park. Cast Members had done some chalk lettering on the ground which was pretty cool! I stopped to take photos of them, and we made our way up the ramp to wait for the Monorail. 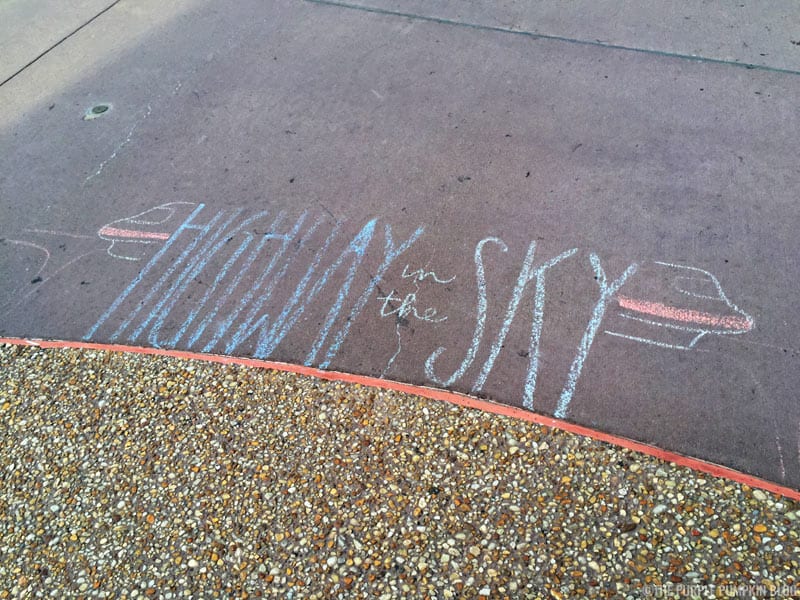 The journey from TTC to Epcot is about 15 minutes, but it doesn’t seem that long at all. You get some great views from above the park, as the track actually goes into the park, and encircles it back around Spaceship Earth.

Once in the park, we had our photo taken in front of Spaceship Earth (by a Disney Photographer) and made our way directly to Epcot World Showcase. Today is literally all about the food, that, and meeting some characters too!

We popped into the Festival Center to take a look at the merch – and no doubt for me to buy some stuff. I love you can buy a cutlery set to carry around with you during the festival!

It’s all so long ago, I don’t remember what order we did things, so here are some pictures from around Epcot World Showcase, before I go into the food booths and the food we tried.

Above is Imagination in the distance – Journey Into Imagination with Figment is over in this area.

Below are pictures of the Japan Pavilion. The left one from across the World Showcase Lagoon, and the right is of a Japanese Pagoda. It is here that the Matsuriza Drummers perform (they are amazing!)

Next up is the Norway Pavilion. The building you can see is a replica of a Stave Church – a wooden, medieval Christian Church. Nearby that building is a wooden viking statue, and we also caught a glimpse of Remy who was hiding for the Epcot Food & Wine Festival. We already took part in that scavenger hunt last year; but it was fun to find them again!

France next with the [replica] Eiffel Tower in the distance (I think this might be the first time I’ve ever taken a photo of it! And then some artists work – much like you would see along the real Left Bank in Paris. You do also find artists in this area where you can get your portrait drawn. The detail with Disney have gone into in World Showcase never ceases to amaze me!

Just above is the Germany Pavilion, and then a wide shot of [some of] World Showcase Lagoon.

Now onto the food! My photography was really off today, I deleted so many photos from today because there were completely out of focus. So annoying! There were new booths this year including The Chew Collective, Greenhouse Guru, Chocolate Studio, and Wine & Dine Studio which were all quite close to each other and had an area you could stand and try out the delicacies which was nice. The photo was way too blurry to share :(

On today’s visit to the Food & Wine Festival we ordered from the Wine & Dine Studio, as well as another new booth – Islands of the Caribbean.

Islands of the Caribbean »