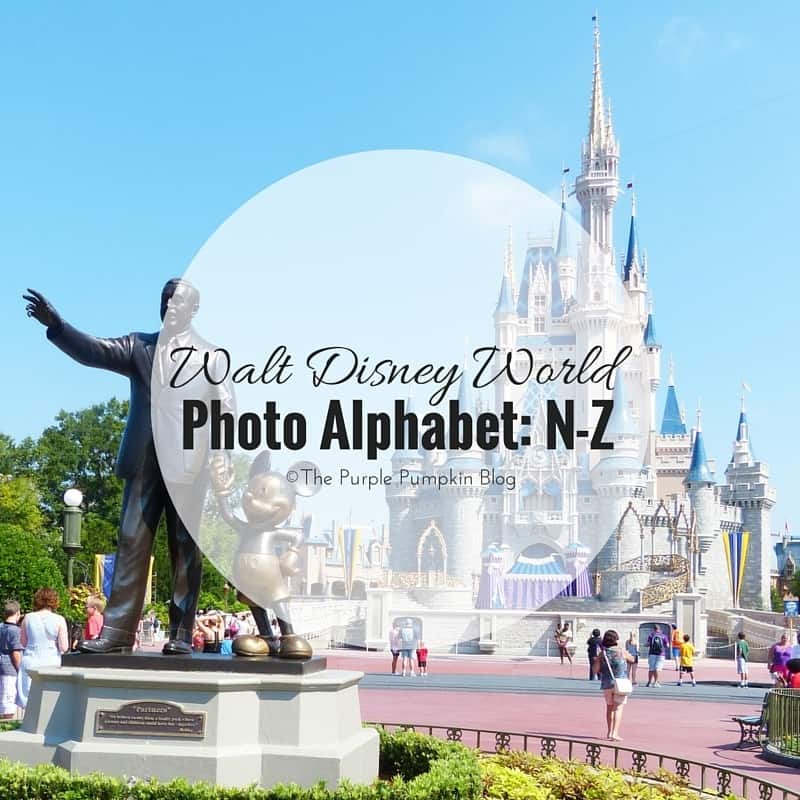 I thought it would be fun to compile a Walt Disney World Alphabet, using photos from our trips to the World. This post covers letters N through Z. Here is my post for letters A through M. 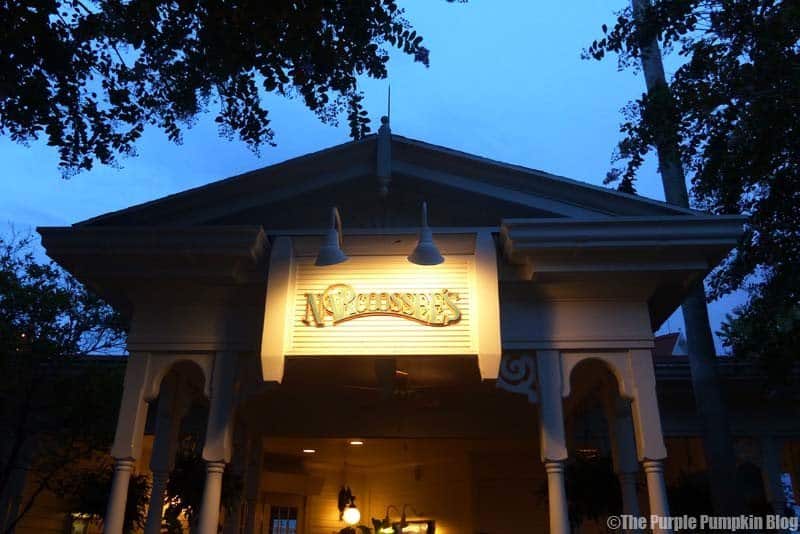 An attraction (a Circle-Vision 360° movie) at the Canada Pavilion at the Epcot World Showcase at the Walt Disney World Resort in Orlando, Florida. Its name derives from Canada’s national anthem. It showcases many images of Canada’s cities and sights, including Quebec, Ontario, the RCMP Musical Ride, the Calgary Stampede, Vancouver and Vancouver Harbour, the Ottawa River, and more. The movie was filmed mostly during 1981 and has been in continuous exhibition since that time, with an updated version released in 2007. 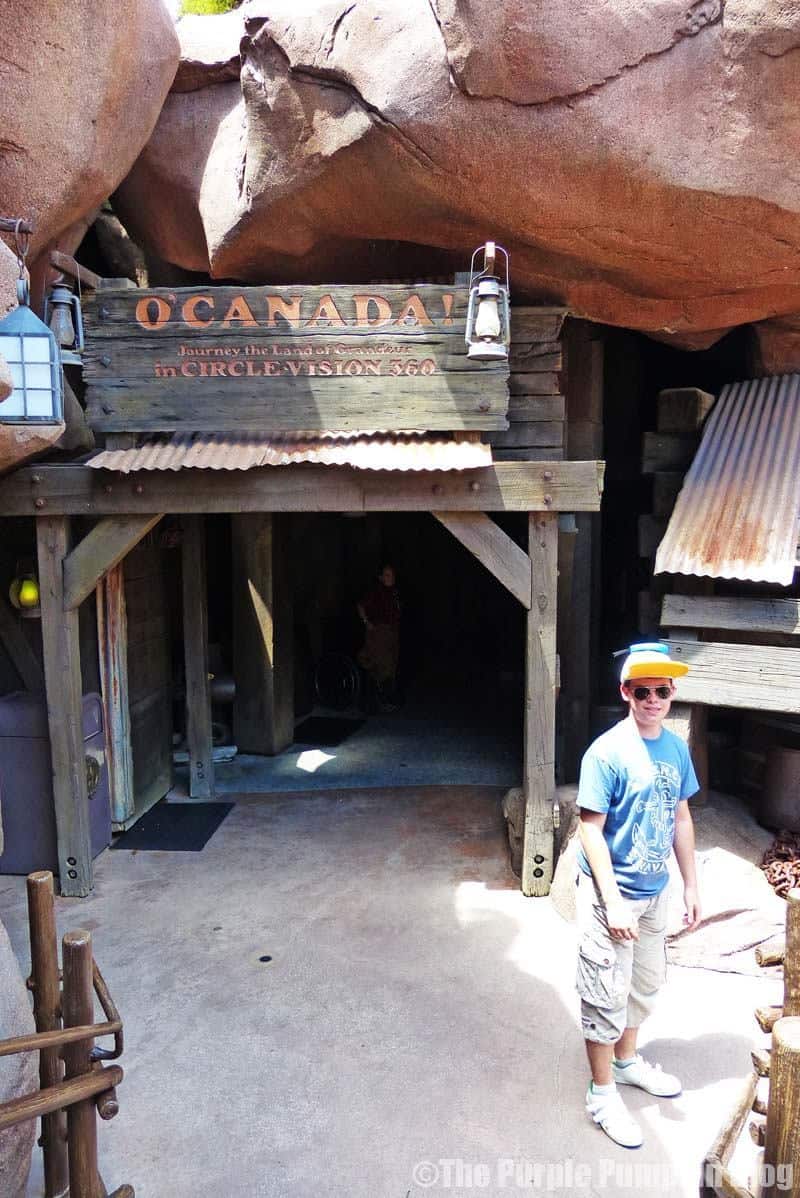 P – Pirates of the Caribbean

An indoor interactive theme park located in Downtown Disney at the Walt Disney World Resort in Florida. It is housed in a five-story windowless building. Guests enter the first-floor lobby and are transported via a “magic” elevator to the third floor atrium at the start of their visit. Guests can expect to enter a large arcade complete with eight attractions inside. On June 30, 2015, Disney announced that it was closing DisneyQuest in January 2016 after 18 years in operation. It will make way for a new “NBA Experience”.

A Circle-Vision 360° movie which is located in the China pavilion of the World Showcase in Epcot at Walt Disney World Resort. The show is narrated by an actor playing Li Bai, an ancient Chinese poet, who takes the viewer on a tour of the Chinese countryside and historical structures and buildings. Some sites that are seen are The Great Wall of China, The Forbidden City in Beijing, Hunan, Guilin, Suzhou, Hong Kong, and Shanghai.

A log flume-style dark ride at the Magic Kingdom, Walt Disney World, as well as at Disneyland California and Tokyo Disneyland. It is based on the characters, stories, and songs from the 1946 Disney film Song of the South. Although there are variations in the story and features between the three locations, each installation begins with a peaceful outdoor float-through that leads to indoor dark ride segments, with a climactic steep drop into a “briar patch” followed by an indoor finale. The drop is 50 feet.

U – Universe of Energy

The Universe of Energy is a pavilion located in the eastern half of Future World at Epcot. The pavilion contains one attraction, its second since its 1982 opening. The current attraction, a show entitled Ellen’s Energy Adventure, stars Ellen DeGeneres and Bill Nye. It features a combination of four separate large-format film presentations and a slow-moving dark ride. Universe of Energy was previously sponsored by ExxonMobil (formerly Exxon) from opening day on October 1, 1982 through 2004.

Costumed in finery from the 1800s, Voices of Liberty is an exceptionally talented choir of a capella singers that performs in the pavilion rotunda throughout the day. This beloved 8-member group stirs hearts and lifts emotions with each performance—while the rotunda’s acoustically perfect dome amplifies and purifies the sound. You won’t believe your ears!

A fireworks show at the Magic Kingdom theme park of Walt Disney World. The show debuted at the park on October 8, 2003. Brilliant colors wash over Cinderella Castle—magenta, azure, periwinkle, pink and even pearly white. Blazing rockets race into the night sky before exploding overhead, leaving trails of smoke that catch the glow. The entire park thunders in the wake of great wish-making, synchronized to an unforgettable musical score. Several variations of the show at Walt Disney World include Happy HalloWishes during “Mickey’s Not-So-Scary Halloween Party”, Holiday Wishes during “Mickey’s Very Merry Christmas Party”.

A performance show at the Disney’s Hollywood Studios, based on the original show, Moteurs… Action! Stunt Show Spectacular at Walt Disney Studios Park in Disneyland Resort Paris, France. The show runs for just under 40 minutes of car-based action, and includes pyrotechnics, jet ski chases, and physical stuntwork. The cars are followed by cameras, and film, both shot during the show and pre-recorded, is shown to the audience on a billboard television screen; some shots are from the Disneyland Resort Paris version of the show. This is to make the show look like a real movie shoot. Herbie, the Volkswagen from The Love Bug, previously made an appearance in an intermission in the middle of the show, but was later replaced by Lightning McQueen from Cars.

Emperor Zurg (also known as Evil Emperor Zurg or simply Zurg) is a recurring villain of the Toy Story franchise. He is the Sworn Enemy of the Galactic Alliance and the archenemy of Buzz Lightyear and first appeared in the 1999 film Toy Story 2, as a minor antagonist. You can find him behind bars in the gift shop near Buzz Lightyear’s Space Ranger Spin in Tomorrowland, Magic Kingdom.