Home » Everything Disney » Turn Your Disney Photos Into Artwork 73/#100DaysOfDisney 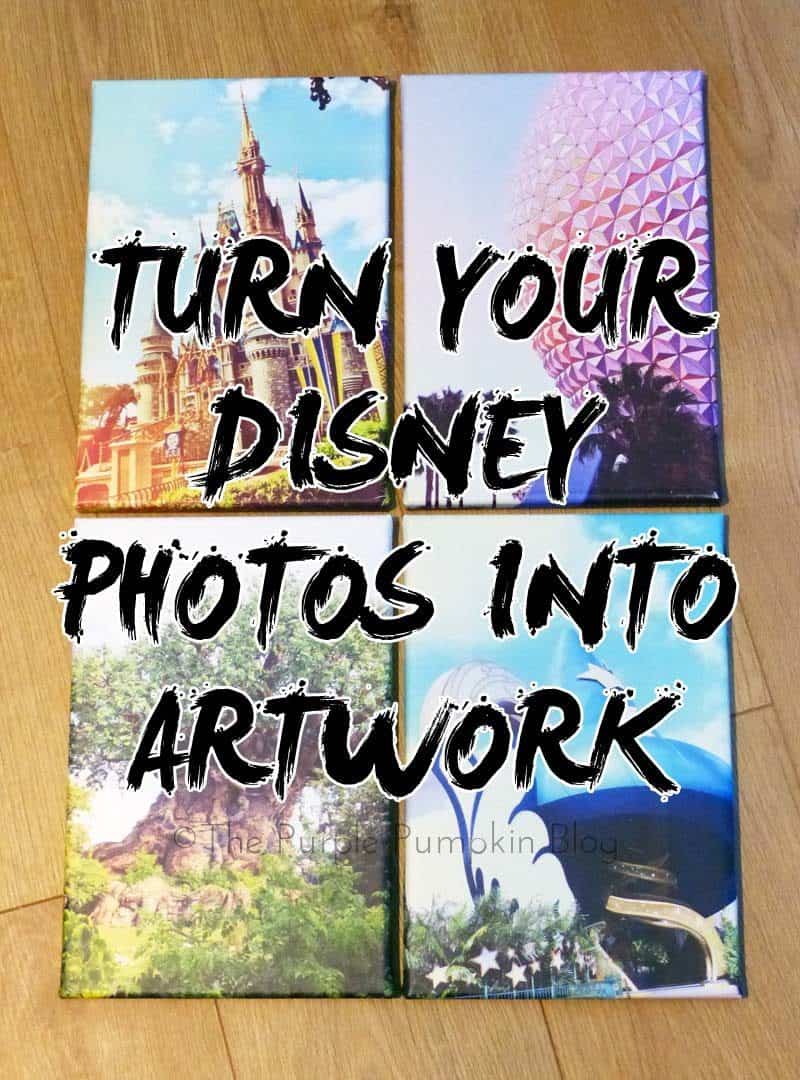 I take a lot of photos wherever we go, but I seem to take the most when we go on holiday to Walt Disney World! I’ve got a back catalogue of Disney photos that number in the thousands! I feel no shame in saying that, as looking through my photos makes me very happy, but I rarely bother to print photos any more, and have been guilty of that in general since going digital many, many years ago. I created a Disney Photobook back in April using some of the photographs that I took on the first half of our 2014 trip to Orlando, and still need to do a second book… it’s on the to-do list!

I had some credit left in one of my photo service accounts (I use a couple of different ones), not quite enough for another photobook, but enough for a canvas. Initially I was going to get just the one large canvas, but then I thought, why not four smaller ones? After all, there are four parks at Walt Disney World, each with their own icon (or weenie as they are called) and so, I turned my Disney photos into artwork! So I added a few extra quid to my credit so I could buy four, and started to upload my photographs.

I’m over the moon with them, and was so excited when they arrived this morning. They are 12″ x 8″, around A4 ish in size, and to me, they are perfect. Why? Because these photos were taken at my happy place. My artwork consists of Cinderella Caste (at Magic Kingdom), Spaceship Earth (at Epcot), The Sorcerer’s Hat (was at Disney’s Hollywood Studios, but has now been removed *sobs*), and The Tree of Life (at Animal Kingdom)

I’m not sure yet which configuration I’ll hang them on the wall – horizontally in a line, or in a large rectangle, both demonstrated in the photos below. I guess it’ll depend where in the house I choose to place them… It’s likely to be in our bedroom, which doubles up as my office, so that I can glance at them when I’m feeling particularly low, and be instantly cheered up!


I hope this inspires you to turn your Disney photos (or any photos!) into artwork for your home.

I am considering selling some of my Disney photographs, I have had people ask me in the past if they can buy them, so, if you are interested, then please do send me an email.