Welcome to Day 6 of 100 Days of Disney here on The Purple Pumpkin Blog! Be sure to check out all of the other posts in this series, and if you would like to share your own Disney blog posts or pictures, make sure you check out the #100DaysOfDisney Link Party!

I’m going to be sharing some of my favourite Disney movies of all time, and this week I start with one that is probably not as well known as some of the big Disney animated hits – Treasure Planet.

The film is an adaptation of the book Treasure Island written by Robert Louis Stevenson…the biggest adaptation is that it is set in outer space! 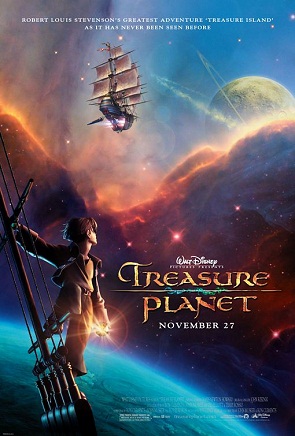 I took my son to see this in the cinema when he was younger – watching it on the big screen was amazing as you really could feel the depth and scale of the vast outer space backdrops!

As a young boy, Jim is entranced by stories about Captain Flint, a legendary pirate who has the ability to appear from nowhere, raid passing ships and then disappear just as easily to stash his haul on Treasure Planet.

As a teenager, Jim often gets into trouble with the police because of his rebellious ways and solar surfing where he shouldn’t be! His mother, Sarah, tires of his behaviour and endlessly tries to keep him on track by making him help out in the family inn.


One night a spaceship crashes out back, and Jim goes to investigate. The dying pilot, Billy Bones, hands him a mysterious sphere and tells him to “beware the cyborg” before taking his final breath. A gang of pirates then raid the inn, and Jim, Sarah, and their friend Doctor Doppler just about make it out alive. They discover that the orb is actually a map which holographically projects the way to Treasure Planet. 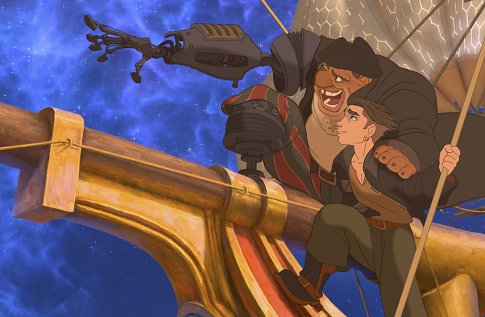 Excited to have this in their hands, the Doctor commissions a ship to explore the stars – the RLS Legacy, commanded by Captain Amelia, her first mate, Mr. Arrow and with a motley crew lead by John Silver. Doppler persuades Sarah that it would be a good idea if Jim came along too. Jim doesn’t trust Silver, and thinks he may be the cyborg that Bones told him of. This doesn’t stop him forming an almost father/son relationship with Silver, who then saves Jim from falling into a black hole created by a supernova.

Eventually the spaceship reaches Treasure Planet, only to be taken over by the mutinous crew – the good guys escape, leaving the map behind on the ship. Whilst exploring the planet they meet B.E.N, an abandoned robot who helps Jim retrieve the map from the ship. In the meantime, John Silver thinks Jim has the map and goes after him…captures Jim’s friends, forcing him to open the map…

I have tried not to give away any spoilers so will leave it there…but will share the Treasure Planet trailer for you to watch!

Why I Love Treasure Planet…

Treasure Planet may have been a “box office flop” but it’s such a wonderful action adventure for the whole family, don’t let that statistic put you off. We have watched this film several times, and it will be the family movie for this evening! 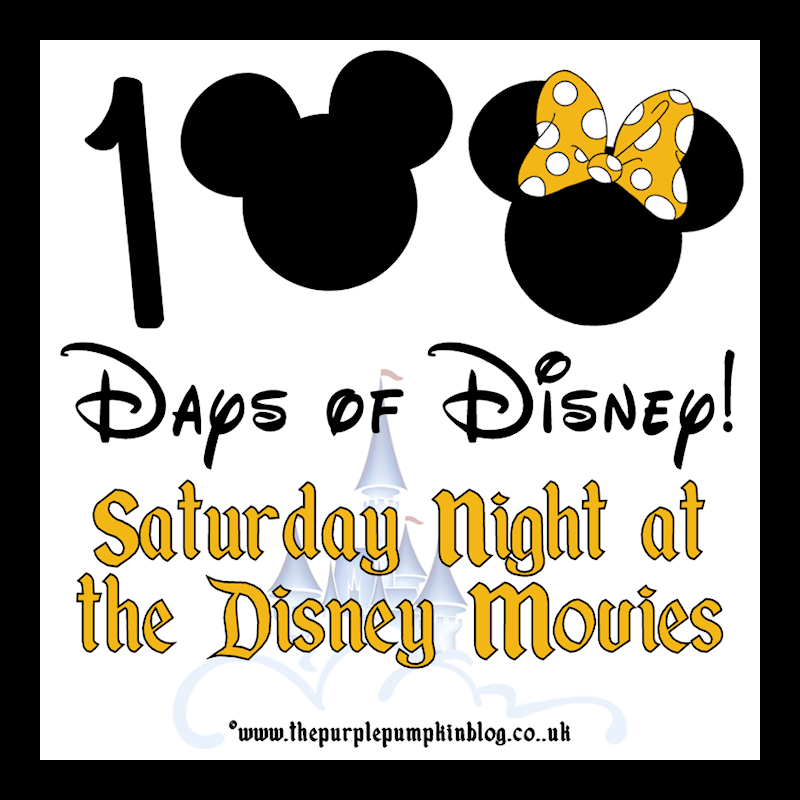 Have you seen Treasure Planet? What do you enjoy about the movie?
Day 6 of #100DaysOfDisney is done – 94 to go!
Come back tomorrow for another Disney related blog post!