The Nightmare Before Christmas 95/#100DaysOfDisney

Home » Everything Disney » The Nightmare Before Christmas 95/#100DaysOfDisney 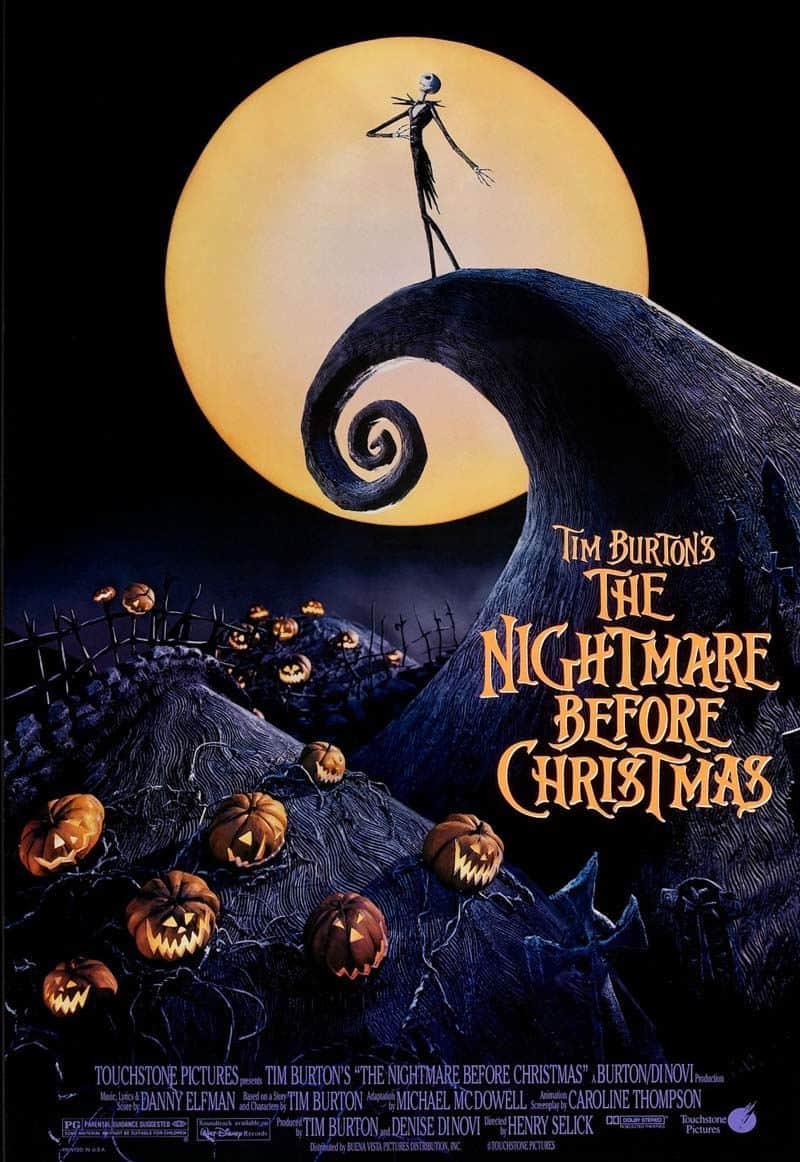 Jack reveals that he has grown tired of the same routine year after year, and wanders into the forest, discovering the doors, and stumbling into Christmas Town.

Amazed at everything, her returns to Halloween Town, to explain his findings to the residents, who just compare it to Halloween. Jack barely understands Christmas himself, obsessively tries to study the holiday but ultimately decides that since he cannot understand it, he should improve it, and announces that they will take over Christmas this year.

Everyone in Halloween Town is assigned a task. Lock, Shock and Barrel have to kidnap “Sandy Claws” and bring him to Halloween Town, but being the mischievous trio that they are, they take him to Oogie Boogie, a gambling-addict bogeyman who plots to play a game with Santa’s life at stake.

Sally (who has fallen in love with Jack) has to make a costume for him, however, she has a vision that things are going to go terribly wrong, and attempts to stop Jack with fog, which fails, after Jack’s ghost dog – Zero, lights the way with his glowing pumpkin nose. As Jack delivers presents to the children of the world, Sally tries to save Santa from the Oogie Boogie, and prays that her premonition doesn’t come true…

Jack Skellington: [singing] Just because I cannot see it, doesn’t mean I can’t believe it!

Oogie Boogie Man: I am the shadow on the moon at night / Filling your dreams to the brim with fright.

Jack Skellington: [singing] My dearest friend, if you don’t mind… I’d like to join you by your side. Where we can gaze into the stars…
Jack Skellington, Sally: And sit together, now and forever. For it is plain, as anyone can see. We’re simply meant to be.

Oogie Boogie Man: J-J-J-Jack! But they said you were dead. You must be – double dead!

Jack Skellington: Forgive me, Mr. Claus. I’m afraid I’ve made a terrible mess of your holiday.
Santa: Bumpy *sleigh*-ride… Jack. Next time you get the urge to take over someone else’s holiday, I’d listen to *her*.
[points to Sally]
Santa: She’s the only one who makes any sense around this insane asylum!
[walks away, muttering]
Santa: Skeletons, boogie men…
Jack Skellington: I hope there’s still time.
Santa: To fix Christmas? Of course there is! I’m Santa Claus!
[flies out chimney]

Jack Skellington: [singing] And on a dark cold night, under full moonlight, he flies into the fog like a vulture in the sky!
[in a deeper tone]
Jack Skellington: And they call him, Sandy… Clawssss…!

Lock, Shock, Barrel: [singing] Kidnap the Sandy Claws, / beat him with a stick, / lock him up for ninety years, / see what makes him tick.

Jack Skellington: [singing with false pomp] And I, *Jack*, the *Pumpkin King*, grow tired of the same old thing.

Why I Love The Nightmare Before Christmas