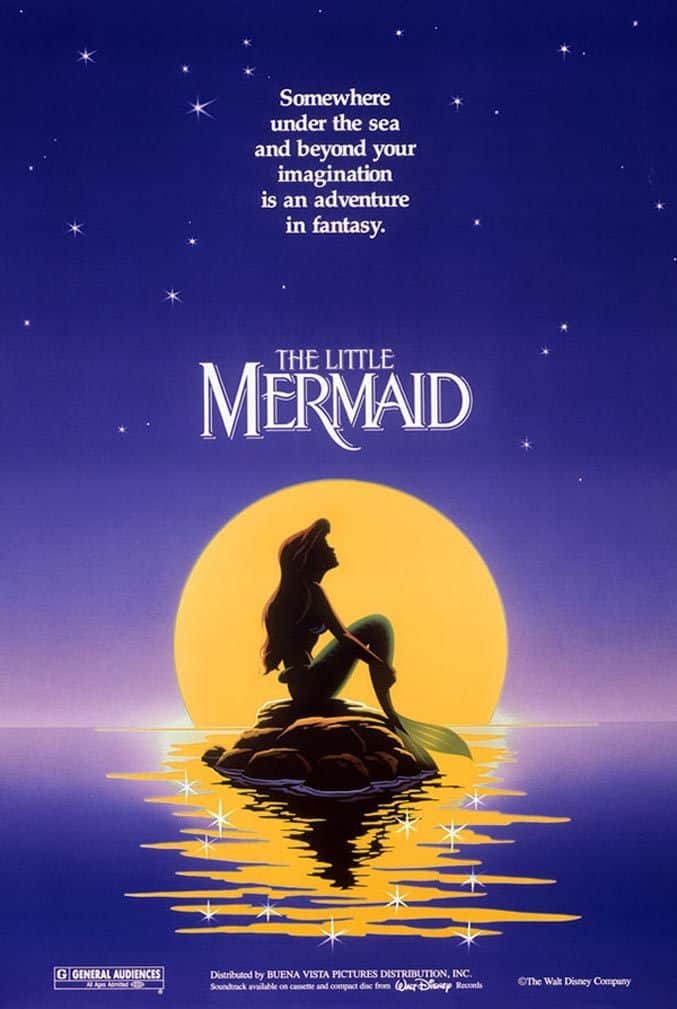 Ariel is a sixteen year old mermaid princess. She lives, of course, under the sea, with her father – King Triton and her sisters. She longs to escape the sea and live on land like the humans do. She explores ship wrecks, with her sidekick, Flounder, and finds human artefacts, which she takes up to the surface to show her friend Scuttle, the seagull, who helps identify them, with ingenious names like the dinglehopper (a fork, which is used like a comb); and the snarfblatt (a smoking pipe, which he says humans use to make music). 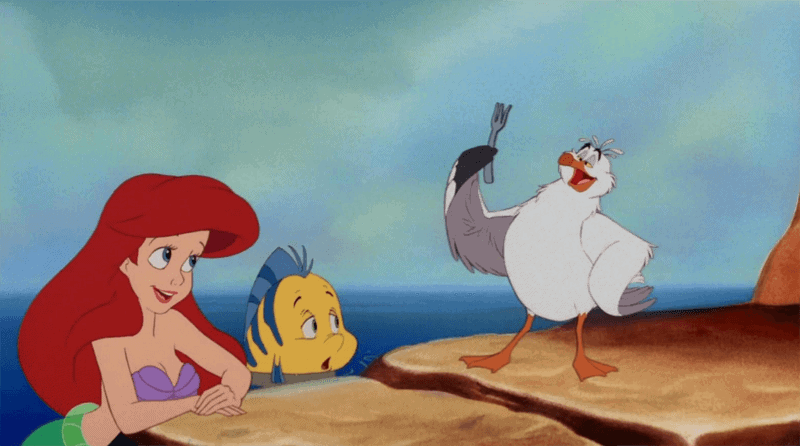 Ariel ignores the warnings about the human world from her father, her sisters, and the King’s advisor – Sebastian the Crab – she’s quite the rebellious teen! One evening she visits the surface to watch a celebration for Prince Eric’s birthday, which is taking place on a ship. During the party, a storm breaks out, sinking the ship. Ariel saves Eric, and takes him ashore. She sings to him, but as he regains consciousness, she heads back into the water to save herself from being discovered. 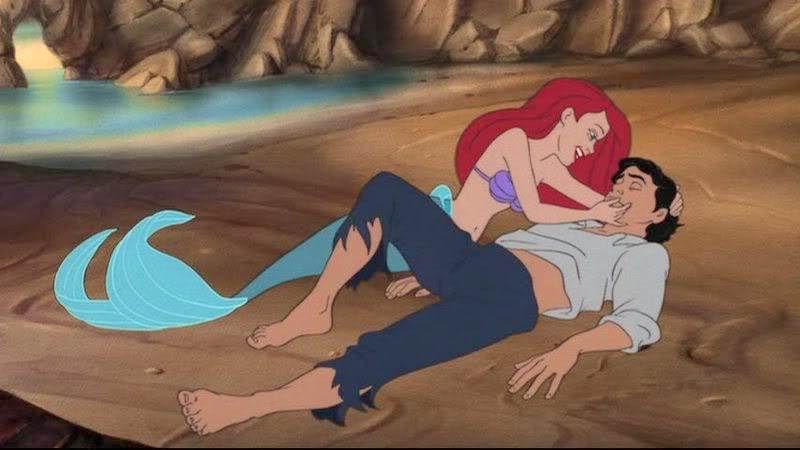 Fascinated by the sound of the mystery girl’s voice, Eric vows to find her. Meanwhile, Ariel vows to be part of his world. Sebastian sings her a song to show her how awesome living under the sea is, but she leaves before it ends to go and visit Eric.

Seeing a change in his daughter’s behaviour, and believing her to have fallen in love with a merman, King Triton questions Sebastian about it. He informs the King of Ariel’s love for Prince Eric. Furious, King Triton heads to Ariel’s grotto, where she keeps all of her human artefact treasures and destroys them all with his trident.

Distraught, Ariel seeks the help of the sea witch called Ursula, after being convinced by two of Ursula’s minions (Flotsam and Jetsam). Ursula agrees to change Ariel’s tail into legs for three days, so that she can go on the land and find Eric. But there is a catch; Ariel must exchange this spell for her voice… she will have only 3 days to make Eric fall in love with her, and receive a kiss of true love. If Ariel can do this, then she will remain a human forever. If she cannot, she will return to the sea, and belong to Ursula.

As Ariel sings, her voice is transferred into a nautilus shell, and legs replace her tail. Flounder and Sebastian help Ariel to the surface, and Prince Eric finds her on the beach. He takes her back to his castle, and learns that she cannot speak – because of this, he doesn’t realise that it is her that saved him on the night of his birthday.

At the end of the second day, and with a little help from Sebastian to create the mood, Eric and Ariel nearly kiss, but their attempt is thwarted by Flotsam and Jetsam. Angry that she may not received Ariel as a slave, Ursula transforms herself into a human called Vanessa, and walks along the beach – using Ariel’s singing from the seashell in which it is stored. Eric recognises the voice as the one who sang to him, and falls under a hypnotic spell cast by Ursula.

The next day, Ariel learns that Eric is to be married to Vanessa and is beside herself. Scuttle discovers that Vanessa is Ursula in disguise and Ariel pursues the wedding barge. Meanwhile, Sebastian rushes to King Triton to tell him what has happened. With the help of  Scuttle and a host of other animals, the wedding is broken up, and the nautilus shell breaks, releasing Ariel’s voice, and breaking the spell over Eric too. Realising that it was actually Ariel who saved him, he rushes to kiss her before the sun sets, but Ursula kidnaps Ariel and takes her back down under the sea…

Ariel, please! Will you get your head out of the clouds and back in the water where it belongs? – Sebastian

Scuttle: I haven’t seen this in years, this is wonderful!
Ariel: What is it?
Scuttle: A banded, bulbous snarfblatt.
Ariel, Flounder: Oh.

Hm. Teenagers. They think they know everything. You give them an inch, they swim all over you. – Sebastian

Sebastian: Ariel, listen to me. The human world is a mess. Life under the sea is better than anything they got up there.
[singing]
Sebastian: The seaweed is always greener / In somebody else’s lake / You dream about going up there / But that is a big mistake / Just look at the world around you / Right here on the ocean floor / Such wonderful things around you / What more is you lookin’ for? / Under the sea / Under the sea / Darlin’, it’s better / Down where it’s wetter / Take it from me / Up on the shore they work all day / Out in the sun they slave away / While we devotin’ / Full time to floating / Under the sea!

Sebastian: Jeez, mon, I’m surrounded by amateurs. You want something done, you’ve got to do it yourself.
[speaking in a low, seductive voice]
Sebastian: First, we’ve to create the mood.
[transitioning from speech to song]
Sebastian: Percussion. Strings. Winds. Words.
[singing “Kiss the Girl”]
Sebastian: There you see her / Sitting there across the way / She don’t got a lot to say / But there’s something about her / And you don’t know why / But you’re dying to try / You wanna kiss the girl.

Why I Love The Little Mermaid