Social Media Optimisation: Doing It All! 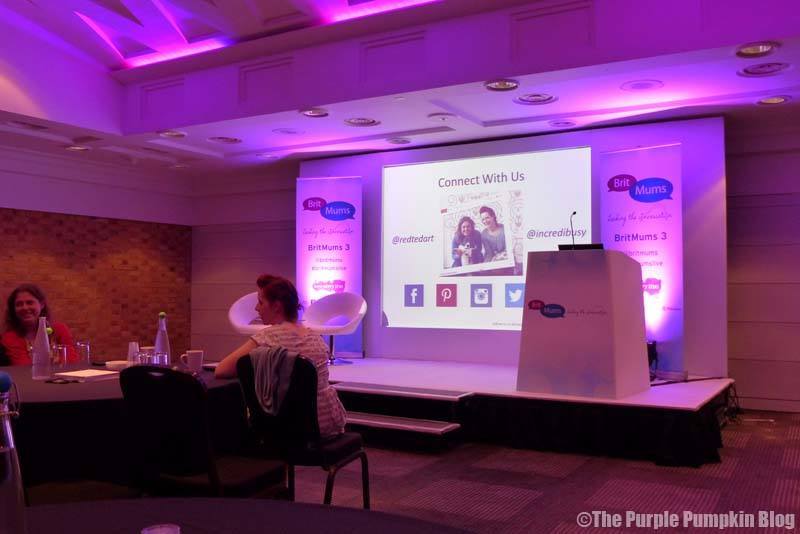 I was recently at BritMums Live (Read Day 1 and Day 2 here), and I thought it would be easier to put the information that I took away from the sessions into separate posts.

The session was all about how to manage ALL of your social media at one time, because, as a blogger, especially if you are a blogger who wants to earn money and make a living from it, you have to work those social media accounts baby! Maggy said that she spends 60% of her time on social media. I find that I spend a lot of time on my various platforms too – I haven’t worked it out – maybe one day, when I actually get more organised, and have more structure to my days. Right now, I flit from one thing to another, without much thought about what I am doing. I swear I’ve got some sort of attention deficit thing going on.

My day 2 post, is more about the things I learned, and took away with me, so I’m sharing some of the notes I took from Ali and Maggy’s session. A new social media platform was discussed – called Periscope, which I had already heard about, downloaded to my phone (it’s available on iPhone and Android) and signed up. But hadn’t used. I don’t know much about it, other than you record live video and it is broadcast on the go. The videos don’t stay on the platform for long – a couple of days I think, but you do have the option to save the video you took to your phone, so if they’re important to you – remember to do that! I’ve just uploaded my Periscope video to YouTube, which you can watch below, as Maggy and Ali talk about various things like Twitter, Instagram, Pinterest and more.

I am a blogger that works with brands. I earn my living from being a blogger, this means I have to be all up in social media’s grill. I have my favourites (Pinterest, but that’s not really social media, it’s a image based search engine!) and Instagram in particular – because they are very visual and full of pretty pictures! It’s taken me a long time to get used to Twitter, mainly because I can talk for Britain and 140 characters (or whatever the limit is) is too short for me! I enjoy Facebook – but on a personal level. This platform is awful for organic reach, and so many bloggers just give up on their Facebook page. Then there is Google+ – if you’re not a blogger, you may not even know about that one… and I don’t think Google really knows what to do with that one either! Oh, and then there is YouTube and StumbleUpon and a few more besides. I don’t use them all though!


I do sign up to new social media – just in case it’s the next big thing, but right now, I need to be building up all of the ones I have got already. You see, my Pinterest following is extremely high compared with all of my others, thanks to being a featured pinner for some time, but if I take that into account, the rest are on par with each other, and fairly balanced. 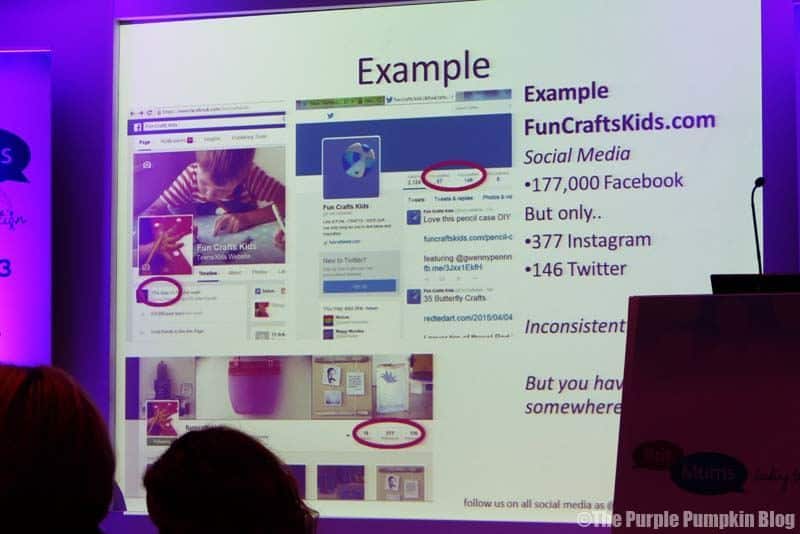 Doing it All – What Does It Mean?

The internet and social media is a fast moving place – sometimes it feels like if you blink you miss it! Take one or two different accounts and focus your attention on them – let the others just tick along for now. Right now, I’m concentrating on Twitter and Instagram. When I first started blogging, I didn’t have consistent usernames, and it became confusing! Then when you decide to get consistent, you may find that your name is already taken, or worse, it’s too long!  I’m now MsPurplePumpkin (because Mrs was too long for Twitter) on Instagram, Twitter, Periscope and Pinterest. On YouTube I’m MissPurplePumpkin (and I don’t think I can change that now), anything else will either have purple or pumpkin in it! And if you want to check quickly there are websites that will scan all the social media out there for you!

To do it all, it means you have to manage your time well, and one way to do that is with scheduling platforms like CoSchedule (which I use), Hootsuite, Sprout Social, Ahalogy (for Pinterest), Buffer (which I also use), Tailwind and probably many more! Some are free, some are paid, but which ever one you use, feel comfortable with it and the way it works.

Some social media can be connected to others. For example, Instagram can be used to push your photo from there out to Facebook, Twitter, Tumblr, FourSquare and Flickr, which is what I often do to save me doing the same thing over and over! There is also a site called IFTTT – If This, Then That, where you can use “recipes” that will do another thing, when you do one thing first. An example recipe could be “if you post a picture on Instagram then save that picture to Dropbox” It’s all pretty clever, and there are recipes ready made for you to use – or you can set up your own. I’ve used it a few times in the past, and I could probably do with using it a bit more.

And because it’s just quicker to share this image of one of the slides, here are ways you can grow your social media… 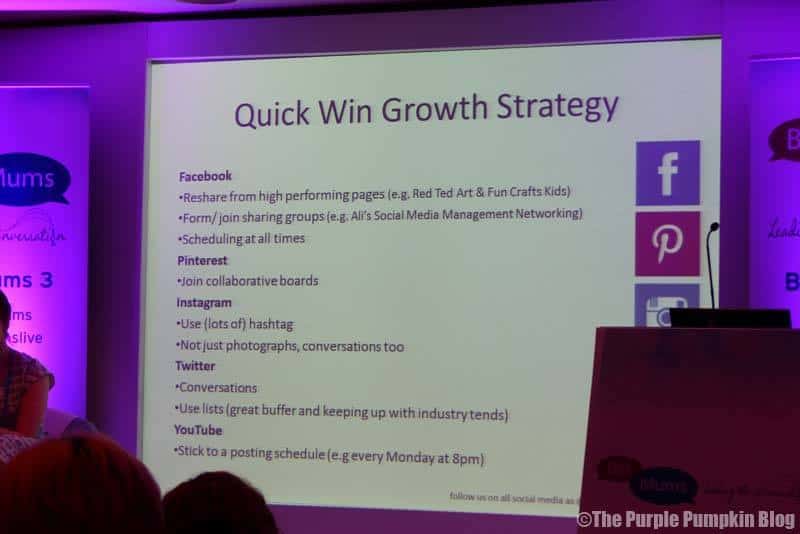 I’m glad to see that a lot of the tips are things I’ve been doing already – just need to keep building!

Are you a blogger? Do you do it all when it comes to social media?