Welcome to Day 55 of 100 Days of Disney here on The Purple Pumpkin Blog! Be sure to check out all of the other posts in this series, and if you would like to share your own Disney blog posts or pictures, make sure you check out the #100DaysOfDisney Link Party!

Today’s Disney movie is my childhood favourite – Robin Hood. I remember watching it all the time on video when I was a child. I loved singing along, and the comedy of it. This for me is a true Disney Classic! 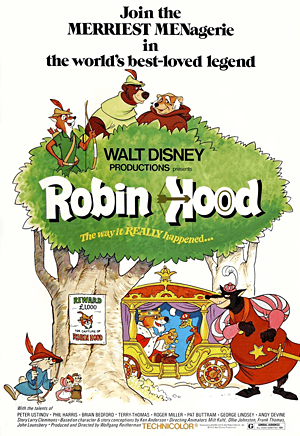 All the cast are animals – Robin Hood and Maid Marian are foxes, Little John is a brown bear, Friar Tuck is a badger, Prince John is a lion and the Sheriff of Nottingham is a wolf. They are joined by rabbits, turtles, chickens and vultures to tell the story of Robin Hood

Everyone knows the story of Robin Hood right? The outlaw who steals from the rich to give to the poor? Well that’s exactly what happens in the plot of this Disney movie!

And the song Robin Hood and Little John Running Through The Forest – my favourite!

Why I Love Robin Hood… 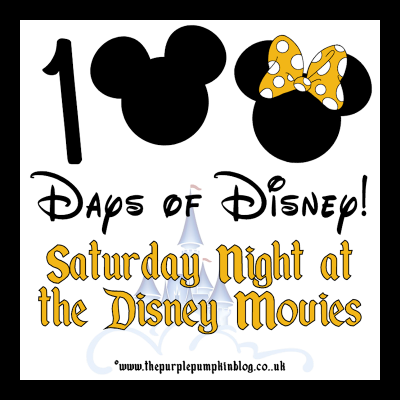 What’s your childhood favourite Disney movie?
Day 55 of #100DaysOfDisney is done – 45 to go!
Come back tomorrow for another Disney related blog post!