I can’t quite believe that 2013 is nearly over! The year has whizzed by very fast, I hear that as you grow older this happens, and I know it to be true as my son said that year has gone really slowly!

I started 2013 with a blog re-design, I actually talked about it in my 2nd Blogiversary Post so I won’t go into it in detail again here! I mentioned that I probably wouldn’t be changing the design again any time soon, but, me being me, plans to have a big change in the new year! Not sure what yet, but the design will be changing! 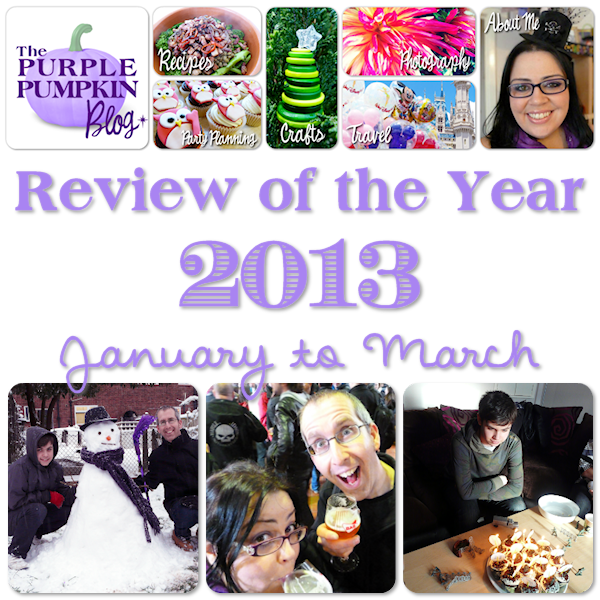 The first month of 2013 saw me continuing with my trip report from our first visit to Walt Disney World in Orlando, Florida, which I started as part of a Flashback Friday series (the series has kinda fallen to the wayside now!). I did eventually finish that series up in February.


I also wrote a post about my new years resolutions and what would be going on, on my blog in 2013. It has been quite sad to read back on it, because I was so full of confidence to lose the weight I’d put back on and carry on losing ‘new weight’ if you know me, or have read my blog for a long time, you’ll know that I have a battle with weight, and sadly, I’ve ended the year right back to where I started my huge weight loss in 2011. Of course, I’m gutted that I’ve allowed this to happen to myself, but it’s done, and all I can do is move forward. I’ll talk more about that in the new year, as I don’t want to go to the ins and outs of it in this post.

The other big resolution was to declutter the house, which we did sort of do – we ended up moving house in June, and almost back to square one with the decluttering, as we have got lots to do in this house now. But again, that’s something for my new year post. I started a weight loss diary on my blog in the hope that it would keep me motivated, but when I look back now, it really didn’t. The more I failed, the more miserable I became, and the more miserable I became, the more I failed. You could tell from my writing when I was really high because I’d lost weight, and then when I hadn’t, you could sense the low feeling. I took a photo of myself once a week to keep me motivated, and how I would have loved to have seen a year-end photo of me looking several stones thinner, but it’s not to be, and at the moment, I can just about look at myself in the mirror to put make up on. I actually plan on doing a selfie a week again in 2014, because I WILL do it in 2014. Just reading back on that photo post is actually quite sad too. But moving on…

I shared several organisation printables, and one of the things I’m doing in the new year is indexing my site more efficiently. I’ve painstakingly gone through all of my posts (all 1441 of them so far!) and got all the links saved and organised. I’ll be posting the indexes in the new year.

Looks like I had a 2013 to-do list that I shared. The things for the home were never done because we moved, and we have some big projects for the house in 2014 (more in the new year!) but I did plan the parties and the holiday to Disney like I said I would. Yay, I actually did do something on my list.

I started my Back to the Magic Pre-Trip Report to share the preparations for our summer holiday in Orlando, and I have got another one to start in the new year as we are going back again! I’m so excited I can’t tell you, but I will be sharing our plans as I have done before.

January saw me sharing more photos, as well as my photo of the day. Photography is a big part of my daily life. I can’t imagine a day going by without taking a photograph of some sort, and my camera goes with me pretty much everywhere when we go out! There was a Walk in the Park, and a Snow Day! A lot of the time I’m not sure how well received my various posts are – I just post the ideas in my head. I have always seen my blog as a place for me to diary our lives. I keep thinking I should do some sort of tutorial on photography, but don’t think I’m quite qualified to do so, we’ll see. I just know how much I love taking photographs, and how much I’ve improved over the years.

One thing I’m so annoyed with myself for not continuing through the year was Around the World: A Year of Dates that I had planned for hubs and me. We did the first few, but then depression and time got in the way, and we didn’t continue…it was such a fun idea, and we’ll see how things go in the new year for maybe picking up where we left off. I did, however, ‘take’ him to New Orleans, by throwing a Mardi Gras themed date night at home.

I shared several low calorie recipes and our family favourite was a Chicken and Chorizo Tray Bake.

You can read all of January’s Archives here.

The most popular post ever on my blog is the one that I shared for my husband’s 40th birthday that was in December 2012. One of his gifts from me was a weekend away in Bruges, Belgium, and so, February kicked off with that trip. I didn’t actually share the trip report until the end of the month and into March! We had such a lovely breakaway and Bruges is a beautiful city, We still hope to go back one day in the future.

By now I was reviewing Graze boxes (not sponsored) and still throwing link parties, but both of those things ended up coming to an end as the months went by.

Week 6 of my weight loss diary saw me miserable, and that trend continued throughout the year. My emotional well being depends on my weight and I hope, that for once in my life, I get control of both of them in the year to come. I was pretty useless for Valentines Day and made my husband some very Last Minute Valentines Day Cookies.

February is my son’s birthday, despite him being a little too old now for a traditional party, I can’t help but still put a themed party together for him, even if it is just for the family! The party was army themed and I fear it may be the last themed party I do for him, I’m not sure at 15 years old (his next birthday) it’s going to wash with him!!

I shared all the details from the Army Themed Party, with recipes and printables to recreate the party yourself.

Looking back through the archives I see that I shared a lot of recipes including Beijing Braised Lamb with Noodles and Easy Peasey Fish Pie. I keep meaning to go back and actually read through my blog archives – just researching posts to share on this year’s review is such a fab reminder of the things that I did throughout the year!

You can read all of February’s Archives here.

It looks like March was a bit of a slow month with a lot of reposts from the year before about St. David’s Day and St. Patrick’s Day, but I did create some new St. Patrick’s Day printables.

I blogged about the trip up to London we took for my son’s birthday, and completed my trip report for our Bruges trip.

I made some Fruit & Nut Banana Bread Mini Loaves because I had been meaning to make banana bread forever and thought I should actually get around to making it. I also had some cute mini loaf cases and it was all just an excuse to bake :P

March brings Mother’s Day to the UK and so I wrote about that. I created my own handwriting font which I shared, and which I use a lot when making lists! Although, my writing changes frequently and it’s now a little out of date!!

We all learned that Google Reader was going, so I sent out a message to you, my readers of ways to keep in touch with The Purple Pumpkin Blog!

March also brought Easter so I designed and shared some poster printables.

You can read all of March’s Archives here.

I’m going to continue writing in another post for the rest of the year, hopefully get them all out for today as I’m not sure how much time I’ll get tomorrow. I’m sorry for a huge influx of posts today, but I really want to start the new year fresh!

Read January to March, April to June and July to September.

Brandy Snaps Review of the Year 2013 – April to June