Today I’m going to be reviewing my year (2012) at The Purple Pumpkin Blog. I didn’t do anything for my 1st Blog Birthday, so this is making up for my lack of post then!

2012 has been an amazingly busy year – it felt like we had something going on every other week, and as the year started, we learned of a baby due in the family, along with a wedding! There were also big birthday’s in 2012, with my son turning 13, my dad celebrating his 60th, my brothers-in-law turning 25 and 30, and most recently, my husband celebrating his 40th birthday!

In between, we’ve had family get-togethers, the Olympics, the Paralympics, concerts and some great meals out. all of which I’ve talked about here on my blog. I also have continued my photo-a-day project, and am coming to the end of my Project 366. Project 365: 2013 will begin on 1st January 2013 and I’ll be sharing right from the start.

As a new(ish) blogger, it’s hard to imagine any one, other than my family and friends reading my blog, but over the past year my blog has grown to nearly 100,000 hits! I’m blown away by this and am so grateful to all of my readers for coming back and taking the time out to look at and read about my ideas and plans. I hope that you all continue to join me in 2013 :D

So, let’s go back to the very start of the year…I’ll be breaking this review down into 4 (maybe 5) posts. I love looking back, so I hope you will enjoy this review of the year too…and if you’re a newer reader, it’ll give you a chance to see some of my older posts!

After frantically trying to catch up with my Christmas posts, well into January, I started to then plan for the Chinese New Year, which, in 2012 was The Year of the Dragon – my year, and a perfect excuse to throw a party! I bought a couple of Chinese cookery books and got to planning.


For inspiration my husband and I went into London’s Chinatown, for me to take some photographs, and for us to buy some more specialist ingredients from the Chinese supermarkets up there.

In between our visit to Chinatown and our Chinese Banquet, it was my brother-in-law’s 30th birthday. My sister asked if I could make a cake for him…to which I obliged and made this scrumptious Chocolate Cherry Cream Cake 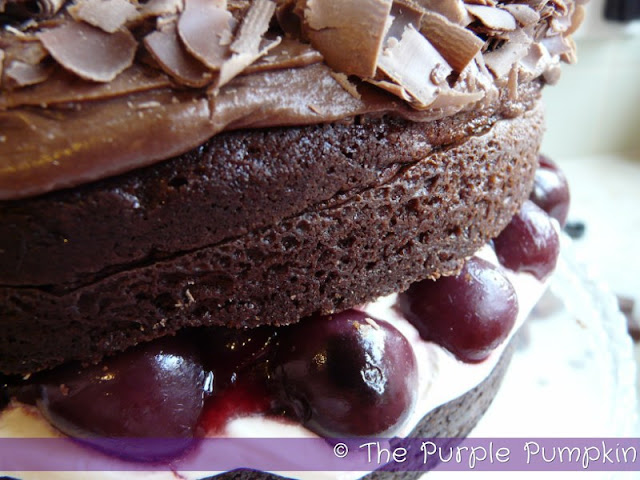 My Chinese New Year Banquet was a great success – I’ve not cooked too much authentic Chinese food before, and the key was a lot of preparation! With bright red, black and gold as my colour scheme, the table looked fab, and I’m upset that I won’t be repeating this again in 2013 (more on that later).

I shared all the recipes from the banquet and the thought of a few of them make my mouth water! Especially the Beijing Braised Lamb – yummy!

There was no time to stop as February brought the big birthday for my son – him turning into a teenager! I knew immediately that I wanted to throw him a Nintendo themed birthday party, and looked online for inspiration. Back then, I used to write Sunday Inspiration posts, which kinda died a death…whoops! My son’s birthday is a few days after Valentine’s Day, so there was also inspiration for that too.

My husband had the day off on Valentine’s Day as we had to do some boring, financial type stuff with mortgage advisors, but after that, I brought him into my world and we had a Baking Date at home…

…followed by me cooking a Valentine’s Day Dinner for him ♥

A few days later was my son’s Nintendo Themed Birthday Party, which he (and everyone else!) just loved. Everything came out so wonderfully and looked awesome. He’s asked what’s happening for this year’s party, and I’ve got my thinking cap on – more in the new year!

As it turns out, my most popular blog post of all time is for the free printables I shared of Mario Moustaches!

And for his birthday cake(s), I made Starman Cupcakes, which is my 8th most popular post of all time!

I also crafted all the decorations, and my second most popular post of the year happens to also be from this party – Yoshi Eggs!

And finally, my 9th most popular post is also from this party – Boo Balloons! I just love this decoration – so simple, yet so, so effective!!

As March began, I decided to start a new feature on my blog – Flashback Friday’s where I would share (initially) parties that I’ve thrown in year gone by. I started with my 1950s ‘At The Hop’ Birthday Party for my 35th. I also shared some inspiration for St. Patrick’s Day

With a few indulgent weekends under my belt, I thought I better kick myself into gear and get my diet back on track, so I started sharing recipes that were 400 calories or less. Number 4 on my list of the most popular posts on my blog is one of those recipes – Creamy Mushroom & Chicken Pasta

And another post from my top 10 of all time, at number 6, is my Spicy Creole Prawns, which was another low calorie recipe I shared in March 2012.

With my inspiration found, I planned a very last minute St. Patrick’s Day Dinner Party, with the main dish being a very traditional boiled bacon with champ and cabbage.

I made some delicious Chocolate & Bailey’s Irish Cream Cupcakes…

…and some fun End of the Rainbow Puddings!

March ended with another Flashback Friday – The Royal Wedding Party that I threw for us as we watched the future King – Wills, marry his bride, Kate in 2011.

And so ends my review of the first quarter of 2012 on The Purple Pumpkin Blog! Read April, May & June here.