Review of the Year 2016 – October to December 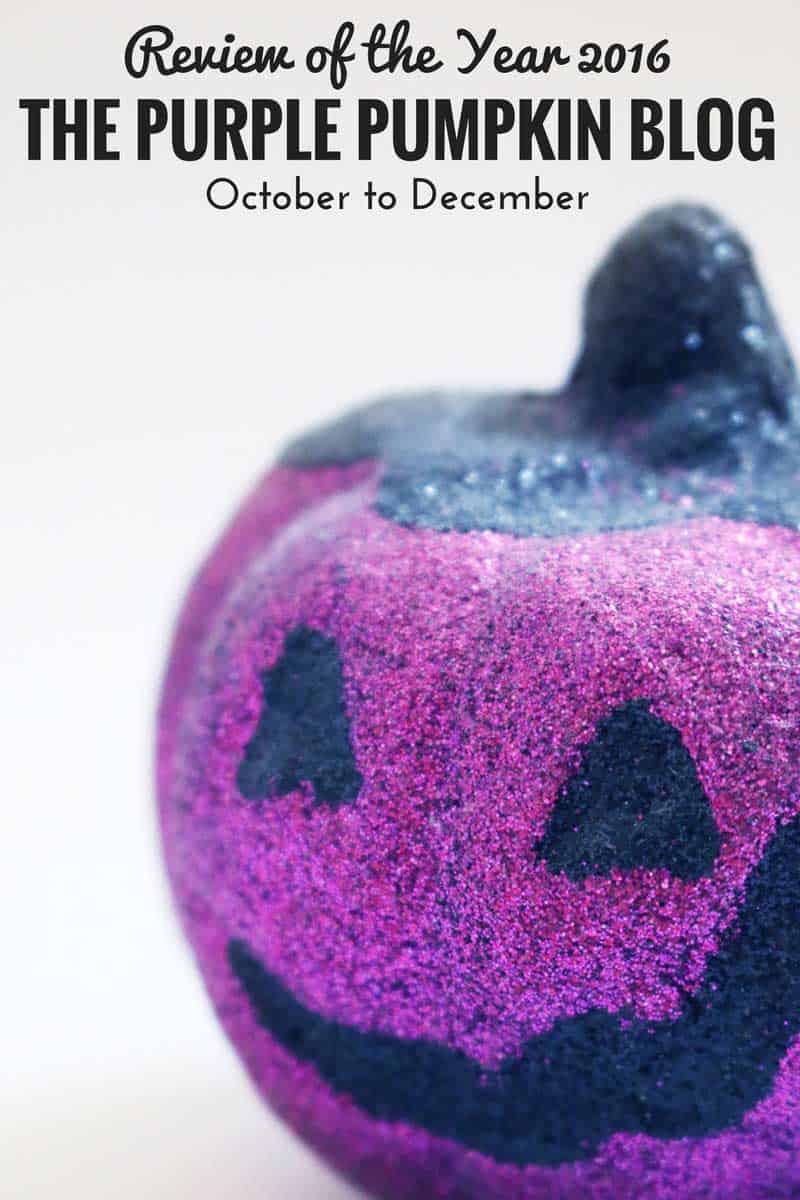 Read all of the October 2016 archives here

We were still in Orlando at the very start of October, and on the 1st October we were in Magic Kingdom celebrating the 45th Anniversary of Walt Disney World, which was amazing for this Disney fan! I didn’t use a photo from this day for my project until the 7th October. Oh, and it’s only when I’m coming to write this, that I see that I didn’t share Week 42 on my blog, so I’m just rectifying that now!

I’ve been running Crafty October – a month long series of Halloween ideas – on my blog since 2012. I failed miserably at it this year. My mind wasn’t on the game at all, we were just back from holiday, and all my good intentions to get crafty and creative just fell to the wayside. I wouldn’t mind, but I bought lots of Halloween craft supplies when in America! I’ll have to use them next year instead.

I did mange to give you some Halloween printables which were Disney Villains themed this year. I didn’t provide a full party set, which really does annoy me, and I can only apologise for that. I also rounded up all of my previous Halloween printables in one place too. My friend Gude from The Paperdashery came to the rescue with a couple of guest posts for me, including these cute Trick or Treat Bags.


Thanks to lots of Halloween content on my blog, I was able to write How To Throw An Easy Halloween Party, which was essentially another roundup post.

I reviewed our stay at the Gatwick North Premier Inn. We stayed there the night before flying out to Orlando, and it was still fresh in my mind. I also wrote day 15 of my 2015 Disney trip report.

Read all of the November 2016 archives here

Into the final few weeks of Project 52 now. I got lazy one week, using an photo from our Walt Disney World holiday for Mickey Mouse’s birthday!

As a blogger, I really should be thinking about the big events, months before they arrive. But my mind struggles to work that way! I can’t think about Christmas when the sun is still shining in August! But I did make the effort a bit this year, and got some Christmas content out before December!

I decided to kick off my Christmas series – Create Christmas – a little early as well. I had hoped it would give me more of a chance to get things done for it, and deliver on the promise of 31 posts. That didn’t happen either I’m afraid. The latter part of the year has definitely been a lot worse for me that the earlier parts. Once again, I’m going to do my best to sort myself out in 2017.

I shared some seasonal roundups and an advent calendar printable.

I decided that the best way for me to start losing weight again was to go back to “normal eating” rather than meal replacement. So I went back to the Slimming World eating plan, as it is something we can all do together as a family. That means I also get to share more recipes, and hope to do more of that in 2017, as well as charting any weight loss progress – definitely a post for another time.

We also made some sushi at home, thanks to supplies from Yukata. I had actually been sent the stuff in the summer, but hadn’t found the moment to make sushi. It turned out so well – I was very proud of my skills!!

Read all of the November 2016 archives here

The final month of Project 52! I’m glad I stuck with it – even when I was at my lowest ebb. I don’t think I would have been able to keep up with Project 365 at all in 2016, given the way I’ve been feeling throughout it. At this point I’m still not sure what I am going to do – I guess I’ll find out on January 1st 2017!

I do feel sadness at the lack of Christmas posts on my blog in this month. In 2016 I went from a blogger with tons of content weekly, and monthly, to not very much. To me it just looks sparse. I keep saying I’ll sort that out in 2017, and I really want to get focused again in the new year – both me, and my blog – as they go hand in hand! My blog is my job, and if I can’t function properly, then my blog isn’t going to function properly either.

Anyway, back to the Create Christmas stuff that I did mange – they were pretty much all printables, and the tiniest bit of crafting because I actually was able to print off some of my printables and demonstrate how to use them. No seasonal food though – I’m doing my best to stay on plan over the festivities, as I need to get some of this weight shifted, and fast.

I put up a new video, after not filming one for quite some time. It was a huge make up haul and beauty box unboxing video. I don’t have many people watch my videos, but I like making them, so for now, I’ll continue to do so!

My niece Sephy and I also had a Num Nom Advent Box to open up, and I made a short stop motion mini movie using some of the toys she got inside.