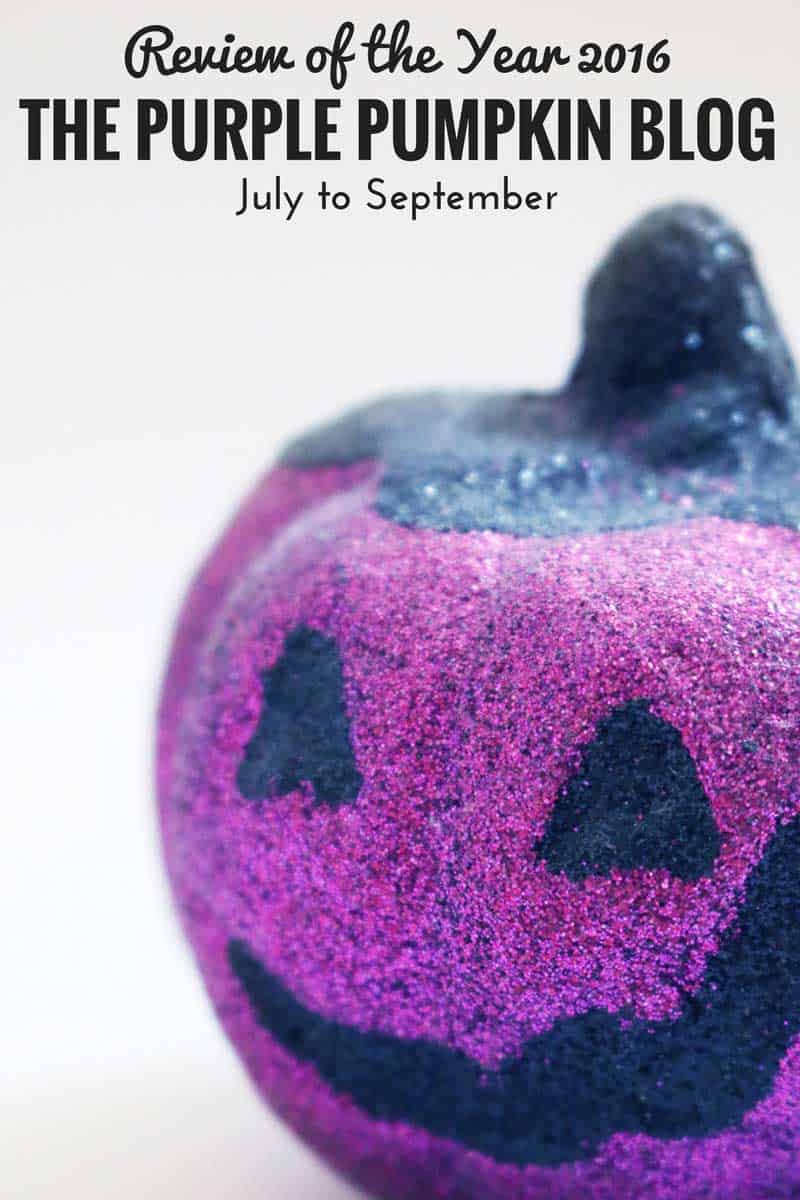 Read all of the July 2016 archives here

The tree that I took a photo of in week 26  is one that I can see from my bedroom window. The council cut it down a few days ago because they said it was dead at the base… that has made me really sad, because it really doesn’t look dead to me :( It is now though :(

More work with Num Noms – my niece loves these little collectables (and so do I!), a sweet subscription box from The Paperdashery which is run by a lovely blogger friend of mine. Perfect if you love stationery and writing snail mail!

I wrote about how I gave up smoking, about the hypnotherapy session I had (and at some point had started to make videos for My Week That Was, rather than type a full blog post)

Since I do a lot of printable crafts, I tend to categorise those as printables, so this is the first mention of crafts in 2016 I think! I made some giant tissue paper flowers as part of a brand collaboration. They’re so easy to make, and one of my go-to handmade party decorations.

We reviewed a recipe box from Marley Spoon, and I shared the recipes we made from the box – Anglo-Indian Pork Burgers with Roasted Carrots & Raita, and Honey & Mustard Chicken with Apple-Potato Salad. We also had some picnic goodies sent to us by Higgidy, so I talked about my Always Ready To Go Kit, so that we can leave for a day out with minimum stress. And inspired by one of those speed videos that were just everywhere on social media, we made some cheeseburger sliders, which were delish!

Read all of the August 2016 archives here

I of course continued on with my Project 52, but also shared 20 of my favourite ever photographs for World Photography Day.

It was our 7th wedding anniversary on 5th August 2016, so I wrote Dear Husband. I also updated you on my Forty Before 40 List, which is now going to have to be a Fifty Before 50 List instead!

Since we were going to be on holiday for my actual 40th birthday, I had an un-birthday party instead! The theme was Hawaiian, and my husband and dad built me a tiki bar for the garden! I love that they did that for me, and loved decorating it for my party. It’s now back to being a basic bar again, that I can jazz up for future parties! And of course, there was the Hawaiian Luau party itself.

I have to admit now that I was in pieces just before people arrived, and if I hadn’t had so many people coming from afar, I would have cancelled it at the very last minute. I think it’s at that point that I really started to lose the plot mentally. But I kept going for the sake of everyone, and for my upcoming birthday trip – hence I think, the reason for the complete breakdown in October (as I mentioned at the start of this review).

I worked with Fantastic Cleaners, who provided me with a deep clean of our house just days before my party, which was a lifesaver. Yo! Sushi provided Steve and I with a take-away meal for our 7th wedding anniversary. I told you all about My Mall Box, which is a US mailing address service that I use for stuff that can’t be delivered to the UK, and finally, I also review LoopyCases – an awesome, awesome phone case that I cannot be without!

In a bid to get my 2015 Disney Trip Report finished before starting another trip in September, I shared day 7 through day 12. I managed to squeeze a couple more days at the start of September, but ran out of time. It was finally finished in October and November.

Read all of the September 2016 archives here

I had lots of photos to choose from for September, thanks to our Walt Disney World holiday!

We of course went on holiday to Florida for my huge, month long 40th birthday trip! And I managed to squeeze in Day 13 and Day 14 of my Halloween in the Wilderness 2015 trip report. I didn’t write a pre-trip report for this 40th birthday trip, which is so unusual for me. I did write one over on the Disney forum I belong to, so I think I’m going to add it to my site in the new year.

September was the quietest month of the year on my blog with only 11 posts. The only time I posted less than that was in December 2011, when I had just started writing my blog. This was because we were on holiday for pretty much the whole month! I hadn’t made the effort to seek out guest bloggers like I would usually do, but I did have some scheduled seasonal roundups: