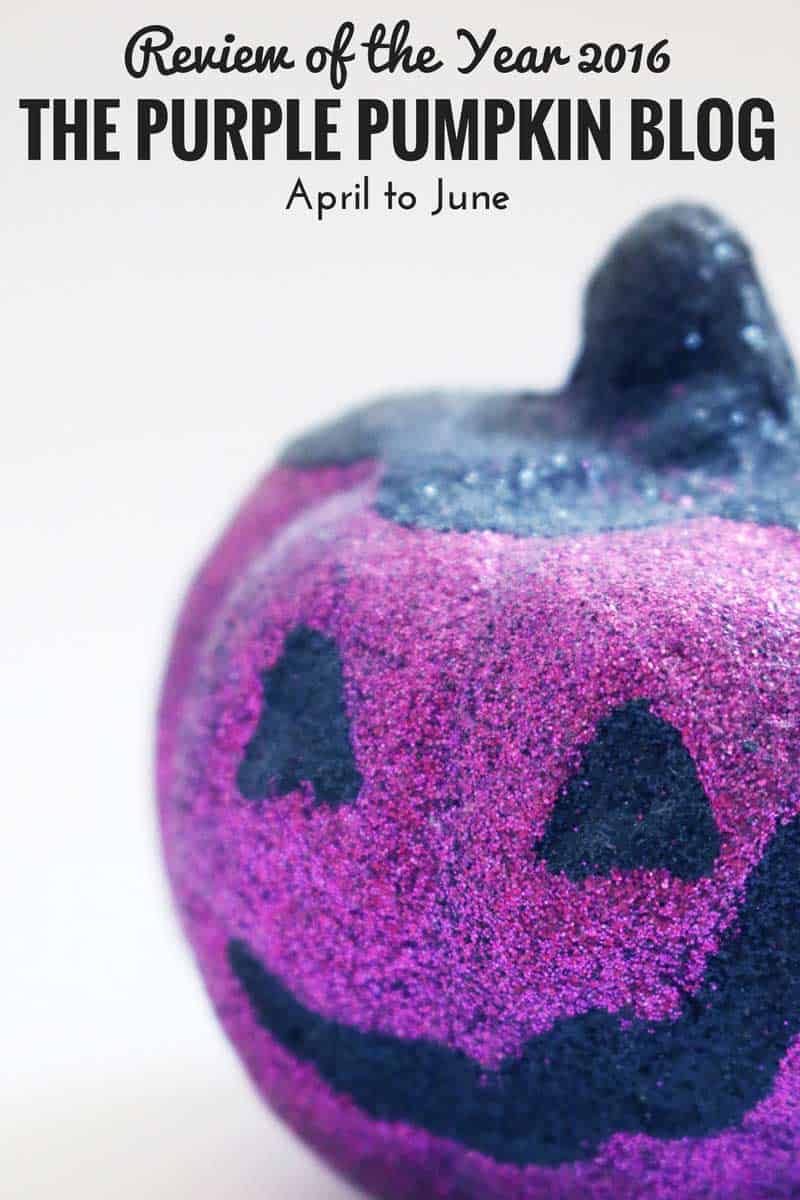 Read all of the April 2016 archives here

I remember that I was missing Project 365 – but at the same time, enjoying not feeling pressured to take photos every day. I bought my first DSLR camera, after several years deciding if I should or not! I’m so glad I took the plunge though. I can’t say my photography style has changed at all since having my Canon 70D, or if it has improved any. I know I have more control, which is why I bought a DSLR in the first place, and I’m pleased with photos I’ve taken at Walt Disney World with it! I have much to learn, and so will continue to do so in 2017.

Lots of reviews this month it would seem: Num Noms, Tefal Cuisine Companion, Carnivore Club and Chiquitos. I also worked with British Ceramic Tile, who provided the tiles for our bathroom renovation.

I made several unboxing videos – you can see all of these kinds of videos in this playlist on my channel.

More from my Halloween in the Wilderness 2015 Disney Trip Report, and some photos from our day out at Danbury Country Park.

Read all of the May 2016 archives here

May is Cystic Fibrosis Awareness Month. For the past few years I have turned my Project 365 over to purple photos. This year, May’s weekly Project 52 photos were also purple.

Read these posts on my blog to find out why I do this: Let CF Stand for Cure Found and An Interview with a Mother of Two Children with Cystic Fibrosis

You can donate to help find a cure for Cystic Fibrosis here in the USA through Great Strides and here in the UK.

My Week That Was

I started a weekly series called My Week That Was in May. This is (was) a space where I keep you updated with what is (was) going on in my/our life, and where I can reflect a bit on the things that have happened. I didn’t continue this series after we returned from holiday in October, but I think I will pick it up again in the new year.

We were quite the go-getters in May – we had two days out! My gosh, that is quite the achievement. I have barely been out the door since October 2016… I must face my demons and just get outside again. But yes, we had a couple of days out – to Woburn Safari Park and Tropical Wings Zoo. I wanted to put my new camera lenses to the test, which would have been the main reason for those days out!

Our bathroom renovation began, and at the halfway point I gave my tips for surviving it!

Hubby went on a team building thingy at work, and they all made sushi – he wrote about it on my blog. And I shared 10 things to do on your work break.

Read all of the June 2016 archives here

I said at the start that this year was a crappy one for me, and on many levels it really was. But I’m pleased to see that I did have some good moments along the way too. This is why I like reviewing my year, I get to remember the things I’ve forgotten!

Halfway through the year, and Project 52 with these photographs…

If there was one thing lacking in 2016, it was recipes and food related posts. I was trying so hard to lose weight, that I just avoided doing much in the kitchen, choosing instead to do meal replacement. I’m now back to “proper eating”, and following the Slimming World plan, so expect to see more recipes in the new year. Because of the meal replacement, I tended to roundup older blog posts of mine, as well as from other food bloggers, so that my blog wasn’t recipe bare. There were 50 Afternoon Tea Recipes, 50 Picnic Recipes, and 50 Recipes for a Hawaiian Tropical Party (as that was the planned theme for my 40th)

I worked with Eurostar who were celebrating 20 years of travelling between London and Disneyland Paris. And I worked with Mini-Epic who provided me with awesome video invitations for my 40th!

Our bathroom was completed, and we were over the moon with it! I love the shape of the bath, and the mosaic tiles on the wall. It feels like a little sanctuary in there now. I didn’t share the finished bathroom until July, but instead gave you a day-by-day account of how the renovation went.

While having a bit of a tidy up of files, I’d realised I hadn’t made a set of Frozen cupcake wrappers to go with the toppers I had made the year before(!), so I quickly made those, and also rounded up all of my Frozen free printables too.

I do not write about current affairs on my blog very often. I think the short post I wrote after the mass shooting at an LGBT nightclub in Orlando is one of only a few – if not the only one I’ve written. We live in a very sad, and hate filled world these days, and I avoid the news as much as I can, because it breaks my heart so much to see what humanity has become.