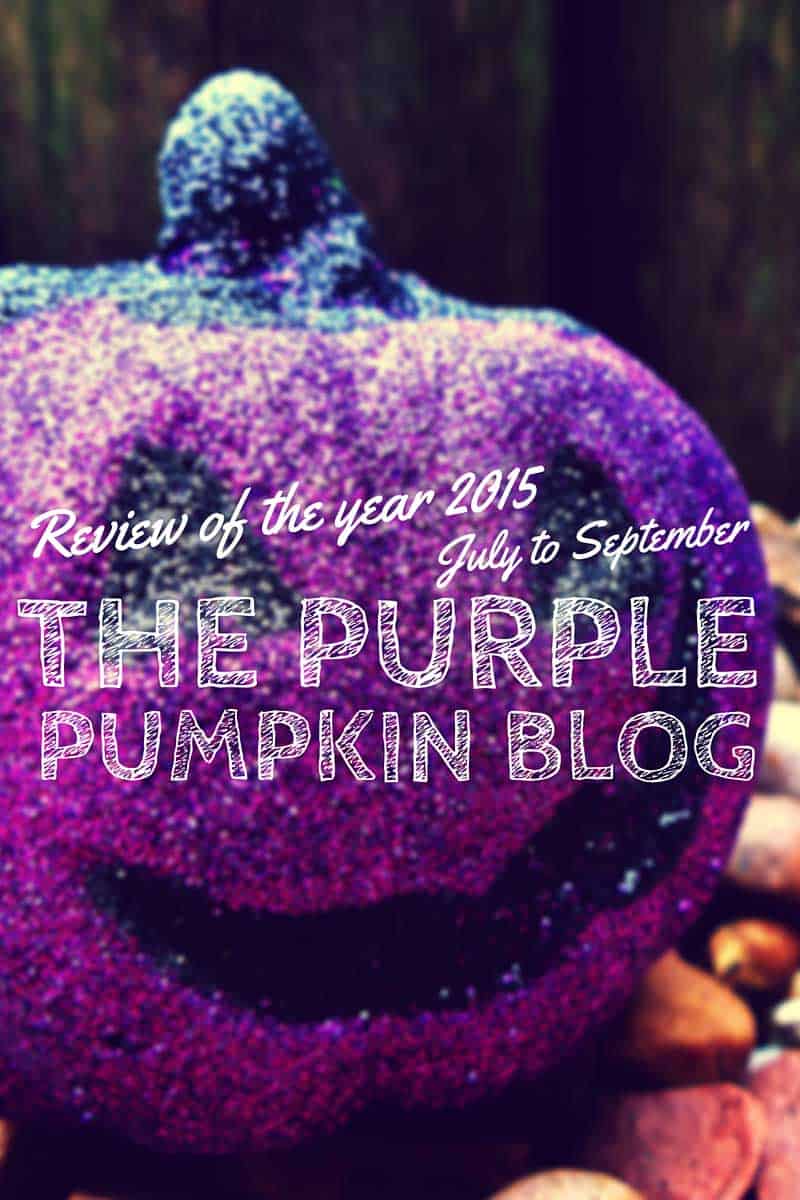 The third part of my review of the year 2015 is here. I’m so glad I did this, as I have done in previous years: 2014,  2013, and 2012. It’s great looking back at what I’ve written and shared, and after I’ve got these review posts written, I’m going to go back and read some of them. Maybe they will help remind me of a few things, that I have forgotten over the course of the year.

Read all of the July 2015 archives here

Summer was here, and so I shared 35 barbecue recipes. Many of my own, and some from my fellow food bloggers.

I was selected as a Camp Bestival Blogger, which was awesome! I’ve always wanted to camp out at a festival, and my chance had arrived! I asked seasoned campers and festival go-ers what their tips and advice would be, and put together my Tips & Advice For Camp Bestival Newbies post.

I went to Blog Camp Create at a wonderful crafting space in London with some other bloggers. It was such a fun day, full of chatting, laughing, and crafting. I came home with a painted ceramic mug.

I decided (rather crazily) to do another 100 Days of Disney, writing a post a day about Disney, and Walt Disney World. It’s always an achievement when you complete a crazy blogging goal!

I also decided to write a Forty Before 40 list, of 40 things I would like to do before I turn 40 in September 2016. I’m not doing very well with that list at the moment though…

Read all of the August 2015 archives here

Lots of Disney posts were published for 100 days during the summer and autumn, but this one is of some phone wallpapers I made using some of my favourite Disney photographs.

Before writing my trip report for our Camp Bestival weekend (which I never did finish, so have to catch up on that in 2016) I made a short video for you to watch.

It was our 6th wedding anniversary, so I did a bit of a re-cap of the posts I’d written about our wedding day on 5th August 2009.

It was my parent’s Ruby Wedding Anniversary – that’s 40 years! I wrote them a letter.

The summer months seem very busy when I look back on them. My husband and I went to stay at a B&B in Wiltshire, as part of my collaboration with Dorset Cereals. I wrote about what I think makes a good Bed & Breakfast.

Read all of the September 2015 archives here

As part of a review for a beer subscription box, I wrote a post about how to host a beer festival at home – which my husband enjoyed!

I went to BlogStock, a blogging festival, with my husband in tow again. We didn’t camp overnight as it was a rather wet, miserable weekend, but I learned a lot and really need to revisit that post to re-motivate myself.

I had my 39th birthday, and wrote about what turning 39 means to me. Another post for me to re-read, and “sort it out”, because I have really lost the plot along the line.

I’ve shared a lot of free printables over the years, but it was time to update one of the popular ones – the Walt Disney World & Orlando, Florida Vacation Planner.

I spent a dream day at River Cottage HQ for BlogCamp, where I had a lot of fun! I hope one day to revisit for a cookery course with my husband.