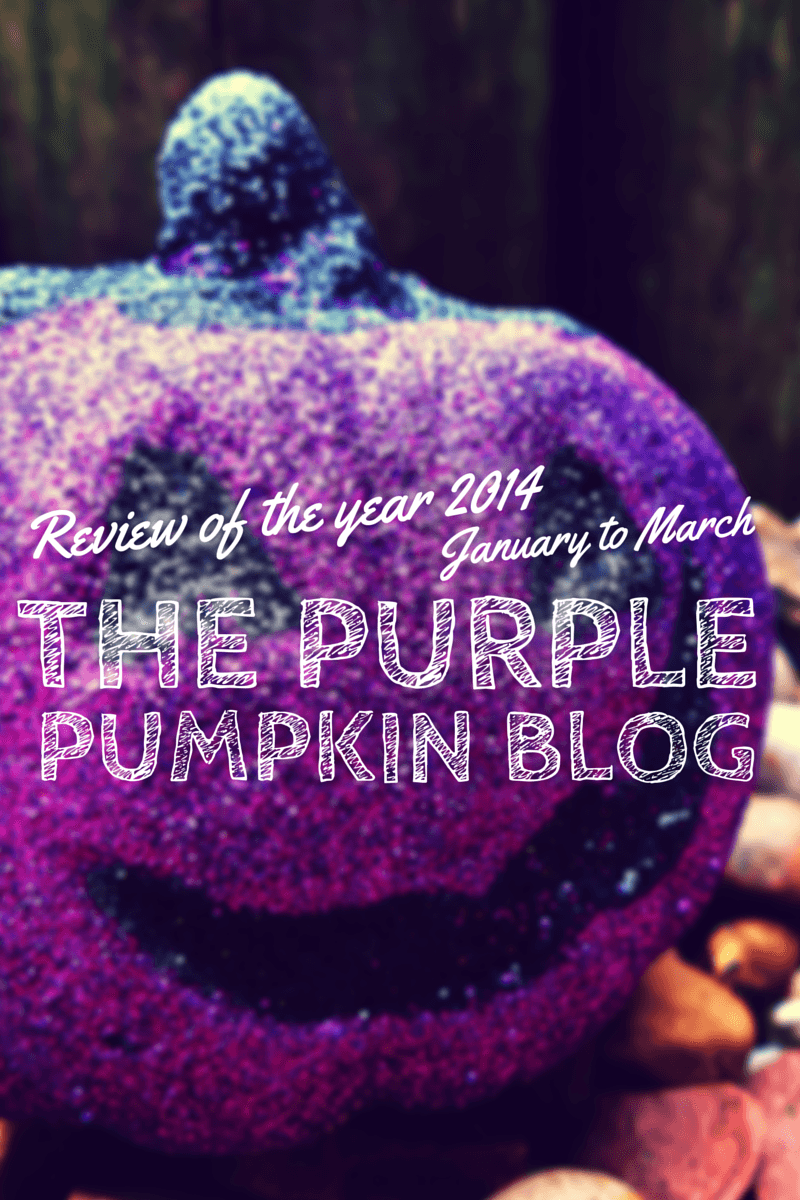 I don’t know about you, but 2014 seems to have gone by in a flash, and on a personal level, I am looking forward to it coming to an end and starting afresh in 2015. It’s been a very up and down year for me, and I want to start 2015 on a positive note, putting all the bad feelings of 2014 behind me.

I know, in the grand scheme of things, it’s just another day, but there is something exciting about the start of a new year! I don’t plan on lots of new years resolutions – I make the same ones every year, and every year I end up not having done them. I resolve to just do one thing – start the day right; and hopefully, the rest will just follow.

My review of the year tends to be a long one, I love to look back at my blog and see what I wrote and shared, and since I blog a LOT, I break it down into quarters, starting in this post with January to March.  Why not go and grab a cuppa and a biscuit and join me as I share 2014 on The Purple Pumpkin Blog!

My first post of 2014 was Day 1 of my Project 365 – where I went into my fourth year of taking a photo a day. Entitled All The New Things, and where I also decided to not only share my photo each day, but provide tips and ideas for your own Project 365. I wasn’t sure if I would be able to keep up the momentum of both a photo and a tip/idea, but I somehow did and I hope you found them helpful? Will I do it again in 2015…only time will tell! Here are January’s Project 365:2014 Ideas & Tips. 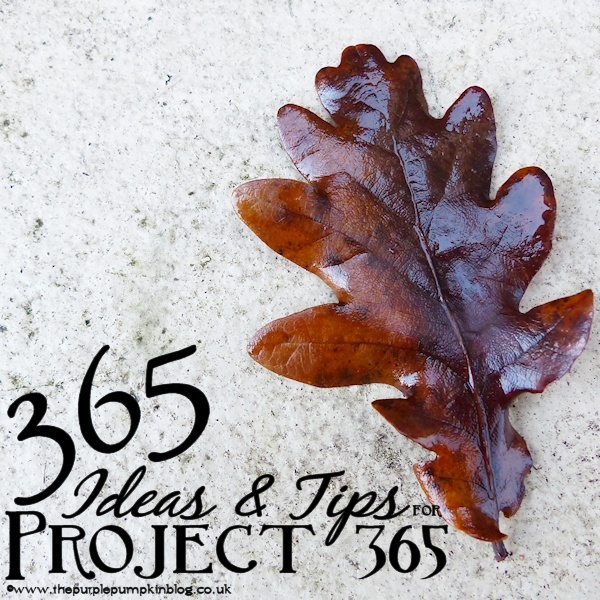 Here are my photographs from the month of January, I started off again with a selfie a week, to try and focus me to lose weight. That didn’t happen, and I am not going to do the same again in 2015. I want to cut myself some slack and let whatever will be, be.

I started a rather flaky series of photography called Fungi Friday, as I love going on a photography forage looking for fungi, toadstools and mushrooms. I’ve still got several photos to share – I’ve got quite the backlog of things to share on my blog!

I took the BRITA Boost Challenge to go dry for January – despite not being a big drinker, I wanted to take part after all the overindulgence of Christmas.  As part of the challenge, my husband and I went to a Mixology Mocktail Masterclass which was a lot of fun! I also enjoyed a relaxing Hydradermie 2 facial, threw a booze free dinner party and went to a How To Be Confident workshop

It looks like I had a bit of a blog design tweak and I also reached 1000 followers on Facebook which was pretty cool!

Read all of January 2014 Archives here

The month started once again with my photo of the day 32 – The Art of Seduction, and I also shared a handy printable to help you keep track of the day numbers once we were out of the 31 for January! Here are February’s Project 365:2014 Ideas & Tips.

I watched Frozen for the first time and was constantly singing Let It Go so much, that I shared the video as part of Sunday Sounds – the video is the original by the way, not me singing!!

More Back To The Magic trip reporting happened, with days 18, 19 & 20. We also got the chance to book our Advance Dining Reservations for our 2014 holiday to Disney!

I found I had been shortlisted as a finalist in the UK Blog Awards 2014 in the Lifestyle Category, which I was well chuffed about! I also ran a few giveaways which proved to be popular, and also wrote several reviews as well as some brand collaboration. Even though it was still winter, I was writing about barbecues for Homebase, with 7 Tips For Throwing A Great BBQ and sharing a Winter Little Adventure with my gorgeous niece and Barney Sponge Bars.

I also found out that I was selected to be a Panasonic Brit Blogger for their imaging products. This was a major blogging moment for me as I’ve been using Panasonic Lumix cameras for years now and can’t recommend them enough! I also became a British Lion Eggs Shortcut Eggspert.

My son turned 15 and I shared 15 Years of Birthdays. I’ll be thinking about his 16th birthday party soon…time certainly does fly!

My sister and brother also have their birthday in February and we often have a joint celebration for them along with my son – this year I made a Chocolate and Peanut Ice-Cream Cake for them instead of a regular cake.

Another month started, of course, with my photo of the day 60 – Where The Wild Things Are and here are March’s Project 365:2014 Ideas & Tips.

I went to Panasonic HQ (in February, but didn’t write about it till March!). I had such a great day here, and felt so lucky to have been picked as a Panasonic Brit Blogger. I’ve still got my camera to review, which I will be doing in the new year. I did preview one of the cameras that we all got a chance to play with.

I wanted to start writing more about days out and began a series of free things to do in…, which kinda didn’t take off as planned. Life gets in the way! But I hope to continue in the new year with more of this series. I’m taking 2015 on the chin and embracing it all! March saw me sharing our day at Hainault Forest Country Park.

I also introduced about our house renovation which we had so many big plans for but during 2014, really didn’t take off the ground! Hubs and I have said we’re going to get it all sorted in 2015!

I shared a recipe for Carrot Cake Cupcakes and a Steak, Leek & Guinness Pie for St. Patrick’s Day. I also posted a few reviews as well as taking part in #MuseumWeek which I’d heard about on Twitter, and so shared our days through the years of museum trips we’ve taken as a family, including: The Sherlock Holmes Museum, London, The Natural History Museum, London, The Salvador Dali Museum, Bruges, National Railway Museum, York, The Dinosaur Museum, Dorchester, House on the Hill Toy Museum, Mountfitchet and The British Museum, London.

I worked with CBias and Asda to create an exciting meal at home and I was able to showcase my Greek-Cypriot heritage by showing you how to prepare a meze, and shared several of my recipes with you. I also took part in my first Shortcut Eggsperts challenge and made a Greek soup using eggs.

Mother’s Day fell towards the end of March. I wrote a post dedicated to my mum as I know she is my biggest fan. And my husband kindly set up a Mother’s Day picnic, which, I don’t think I ever did write about!

And that’s the first quarter of Review of the Year 2014 done. I have enjoyed looking back at my blog from January to March, and there are several posts that I want to go back and read properly. I use The Purple Pumpkin Blog as both a diary of our lives and a place for me to share my ideas with you. It’s lovely to look back at and be reminded of the things that we did.